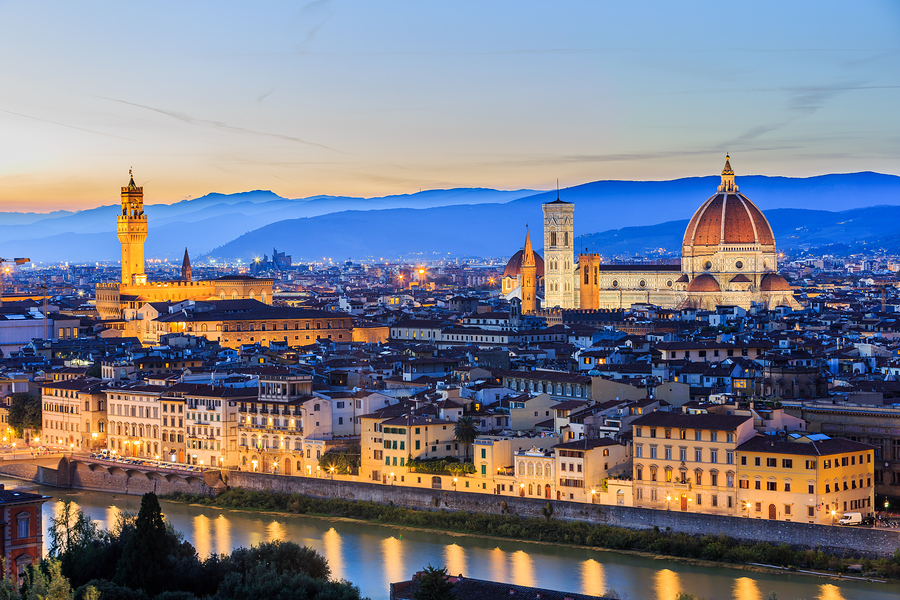 Florence was one of a handful of "free cities" that experienced a form of participatory democracy during the Middle Ages in Italy. Some have attributed better economic outcomes in the northern part of Italy to the sense of cooperation and trust fostered by the free cities in that region centuries ago.

This month the economics world is remembering Nobel laureate Douglass North, who passed away in November at age 95. North is credited with bringing a deeper understanding of institutions and historical context to an economics profession that was, in the 1970s, too narrowly focused on the theoretical functioning of markets. He is closely identified with thenew institutional economics movement that placed an emphasis on understanding that markets do not operate in a vacuum.

In the decades since North's seminal work, economists and economic historians have paid increasing attention to the two-way relationship between economics and culture, and how they both influence the development of institutions, broadly defined. These institutions – laws, behavioral norms, and traditions – provide, as North put it, the "rules of the game" that allow markets to function in the real world. An article appearing in this month's issue of theJournal of Economic Literature surveys some of the latest developments in this emerging field.

In Culture and Institutions (PDF), authors Alberto Alesina and Paola Giuliano note that even defining the term culture can be tricky, and economists have long been reluctant to study cultural forces if they can’t be part of a testable hypothesis that can be proven or disproven with data. How can this notion of culture be quantified?

Probably the easiest way to measure cultural differences is through survey questions that touch on basic attitudes, such as "would you say that most people can be trusted?"" Asking these questions across different countries or groups can form the basis of a study correlating, for instance, trust levels and economic growth. The graphic below shows how respondents around the world answered different questions about trust, luck, family ties, and individualism.

Researchers have also used experiments to identify cultural differences without relying on self-reported attitudes. Researchers will invite people to participate in simple economic experiments like the ultimatum game where subjects face low-stakes decisions about how much money they are willing to give to others, or whether they should rely on other participants to pay them back. These choices can reveal attitudes about trust, risk tolerance, and cooperation that can corroborate (or contradict) survey responses.

With these measures of culture in hand, researchers have begun to explore connections between cultural attitudes and economic variables. Trust seems to play a large role in how much people want to engage in markets, with massive consequences for economic development. Generalized trust levels have been linked to an array of economic outcomes of interest such as trade, innovation, and development of a country's financial sector.

Other attitudes have been implicated as well; one study showed that a strong emphasis on family ties in a country is correlated with a proliferation of family businesses, which have been shown in other contexts to be less efficient, expansive, and competitive than non-family firms.

A few researchers have instead looked to family structures for clues about underlying cultural attitudes. By examining factors like whether children leave home after marrying and how inheritances tend to be distributed across children, researchers can group countries by the predominant family type – for instance, "stem families" are common in Austria, Japan, and Israel, while "communitarian families" are prevalent in Finland, Bulgaria, and Indonesia. Family structures have been linked to educational attainment, wealth inequality, and even the design of national pension systems across countries.

It's not always apparent whether deeply-held cultural beliefs are actually responsible for these economic outcomes, or if there is some reverse causality at play as well (perhaps a robust history of family firms in a country changes attitudes about family ties there, for example). One way around this is to comb through the history books in search of "natural experiments" that affected the culture and institutions of two groups differently. The resulting data can be used to draw more solid conclusions about the effect of cultural traits.

In one example of this approach, a 2013 study focused on cities in western Germany, some of which briefly fell under French control during the Napoleonic Wars. Conquered areas were more likely to see reforms, like a new civil code and the abolition of guilds, as the invading forces disrupted legal institutions that had been in place since the Middle Ages. The study found that these "reformed" regions were more likely to urbanize and prosper in the subsequent decades than other parts of Germany.

A different line of research has endeavored to explain the origin of cultural differences using economic reasoning. Deeply held beliefs and values have to come from somewhere, and oftentimes economic conditions may be the root cause.

One study about the origins of democracy used data on historical pathogen concentrations to try to explain cultural attitudes about cooperation with group members and outsiders. High pathogen concentration in a region is correlated with measures of collectivist attitudes but also xenophobia. The authors argue that collectivism and fear of outsiders could be rational responses to an increased risk of disease.

Another study also used historical differences to try to explain modern attitudes about female labor force participation. They compare regions that historically grew crops that lent themselves to plow use (including wheat, teff, and barley) with other regions that grew crops lending themselves to hand tillage (like millet and sorghum). They find that modern-day female labor force participation is higher in the latter countries, and attitudes tend more toward gender equality. The variation in dowry and brideprice traditions across the globe may have a similar explanation.

Experimental evidence can also reveal economic explanations for cultural beliefs. In one study, researchers studied two groups of fishermen, both living in the Brazilian state of Bahia but in very different circumstances. One group lived near a lake, where fishermen found it most efficient to work alone in small boats. This left them in direct competition with each other for the best fishing territory. The other group lived on the sea coast and, in response to the different conditions there, they fished on larger boats in groups, making cooperation and teamwork keys for success.

The researchers offered research subjects from each group two choices: they could try to complete a ball-throwing task for a small amount of money, or earn potentially more money if they outperformed an unseen opponent. Fishermen from the lake region (especially the older, more experienced anglers) were much more inclined to compete against another person rather than against a pre-set goal. The researchers argue that ecological factors are responsible for a cultural tendency toward competitiveness among the lake fishermen.

The link between cultural attitudes and economic forces isn’t just a curiosity. Research shows that even when groups of people move around and end up in very different environments, cultural attitudes come along for the ride and can shape future economic outcomes.

A number of immigration studies have shown that second-generation immigrants in the United States seem to retain the beliefs and values of their parents' home country. For instance, one recent paper showed that tastes for wealth redistribution among various immigrant groups in the U.S. mirror those in the home countries, even among the second generation.

And these effects do not necessarily wear off after a couple generations – a 2011 study showed that present-day crime rates among whites in the southern U.S. is greater in counties that had more Scottish and Scots-Irish settlers in the 1700s. The author argues that this might be attributable to the "culture of honor" that developed among sheep herders in the Scottish highlands centuries ago (interestingly, violent crime against women was discernably lower in the Scottish-settled counties).

The authors note that most of the studies published try to isolate evidence of a causal effect for one event or one specific cultural attribute. The authors close with a call for a new generation of studies that develop a deeper understanding of the ways that culture, institutions, and economic forces simultaneously affect each other. ♦

"Culture and Institutions" appears in the December 2015 issue of the Journal of Economic Literature.