When the well runs dry

Small farmers are adapting to water loss by leaving the fields and working elsewhere. 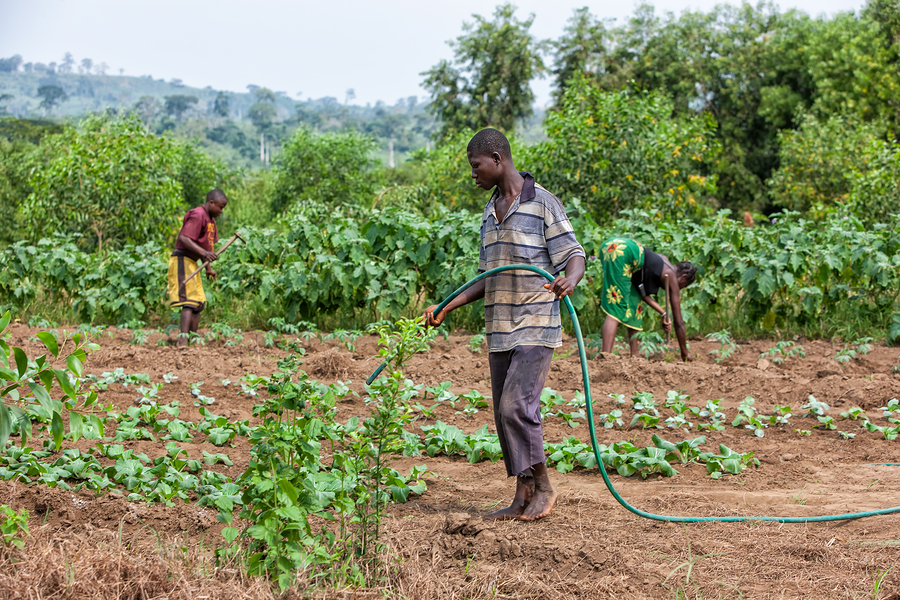 Millions of people around the world depend on groundwater that is drying up. Their livelihoods are at stake, and how they cope could rearrange the economies and communities they live in.

We just don’t know what the long-term consequences of such dramatic changes will be, according to economist Ram Fishman.

But his paper in the January issue of the American Economic Review provides some of the first hard evidence by looking at how farmers in India have reacted to water loss so far.

Fishman and his coauthors David Blakeslee and Veena Srinivasan concluded that few Indians have been able to maintain their farms after a well ran dry, but they did find relief from non-agricultural work.

Understanding how people will adapt to water scarcity will be critical to mitigating its impact.

Water shortage is a looming global problem
The map below shows a measure of water scarcity across countries. A higher score indicates more competition among users. India's water loss stands out, but there are millions of people in other countries that are facing the same issue.
Source: World Resources Insitute

“What actually happens to people when water runs out?” Fishman said in an interview with the AEA. “A simplistic view would be that if you're a farmer, and your well runs dry, then you're doomed. It's all over.”

But, as Fishman elaborated, farmers knew for years their water was running out. They could have planted crops that need less water, tried harvesting rainwater, or adopted more efficient irrigation techniques.

These potential adaptations make it very difficult to forecast the costs of environmental changes. It’s something you have to empirically determine, Fishman said.

So the authors looked at India’s experience, in part, because of its special hydrogeological features. Farmers have to drill wells into aquifers hundreds of feet underground, and whether they hit a large pocket of water is a matter of chance. Even neighboring farms can have wildly different luck.

With this large amount of quasi-random variation, the researchers could more confidently isolate the impact of water scarcity.

The good news was that farmers were able to maintain their income level. There was no evidence that overall household incomes fell after a well ran dry.

The bad news was that they couldn’t keep their farms going. Agricultural income fell by 25 percent after a well failure.

Households made ends meet by selling assets like livestock and gold until they eventually restored their income with work off the farm. Further reinforcing the authors’ hypothesis, families in villages near large companies and more economic activity were more successful at supplementing their incomes.

If anybody is complacent about farming's ability to adapt to environmental change, I think these results should be alarming.

Now, imagine wells dry up across the country and those farmers move into different industries. Two potential problems stand out: migration and food security.

Not every village is near a developed economic center. If millions of farmers eventually move for work, it’s not clear that cities will be able to handle it. The government will have to respond to growing infrastructure demands.

Moreover, the jobs those farmers left behind are still critical. If small farmers can’t cope with environmental change, will the agricultural sector be able to meet India’s food needs?

“If anybody is complacent about farming's ability to adapt to environmental change, I think these results should be alarming,” Fishman said. “Policymakers should think about how to make sure agriculture modernizes when environmental pressures push farmers off their farms.”

"Way Down in the Hole: Adaptation to Long-Term Water Loss in Rural India" appears in the January issue of the American Economic Review.