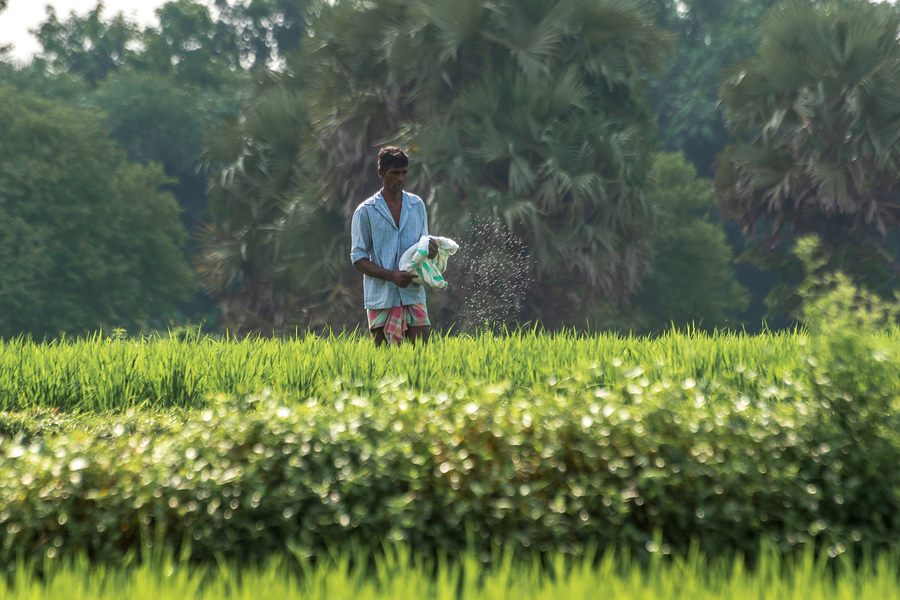 An Indian farmer spraying fertilizer on a farm in West Bengal.

At least since John Maynard Keynes, a simple claim has been at the heart of what many economists believe about recessions: if wages don’t fall during a downturn, then many more people will be out of a job.

Researchers have long noticed that wages hardly drop during recessions. But showing that this causes unemployment has proven tricky, according to economist Supreet Kaur.

Her paper in the October issue of the American Economic Review offers some of the strongest evidence to date that so-called sticky wages do have a direct bearing on employment.

She found that the wages of Indian agricultural laborers tend to ratchet up during good growing seasons. But they don’t come back down when the next year isn’t as productive, and employment suffers by as much as 9 percent.

While Kaur was doing field work in India, she was surprised to hear how strongly workers felt that it would be wrong to cut their wages.

“As economists, we tend to think that people understand that prices go up and down depending on market conditions,” Kaur said. “But clearly it was a very personal thing for them . . . because it’s their livelihood.”

In Indian villages, market conditions are driven by the weather. Their farming economies rely on yearly monsoons between May and July, which account for over 80 percent of annual rainfall. If the rains don’t come, then farms have a poor growing season, and there are fewer crops for workers to plant, fertilize, and harvest.

Ratcheting wages
The chart below shows the prevailing daily wage for plowing in the Indian village of Tinur druing the month of April. The letters D and H signify years in which there was a drought or very good rainfall, respectively. 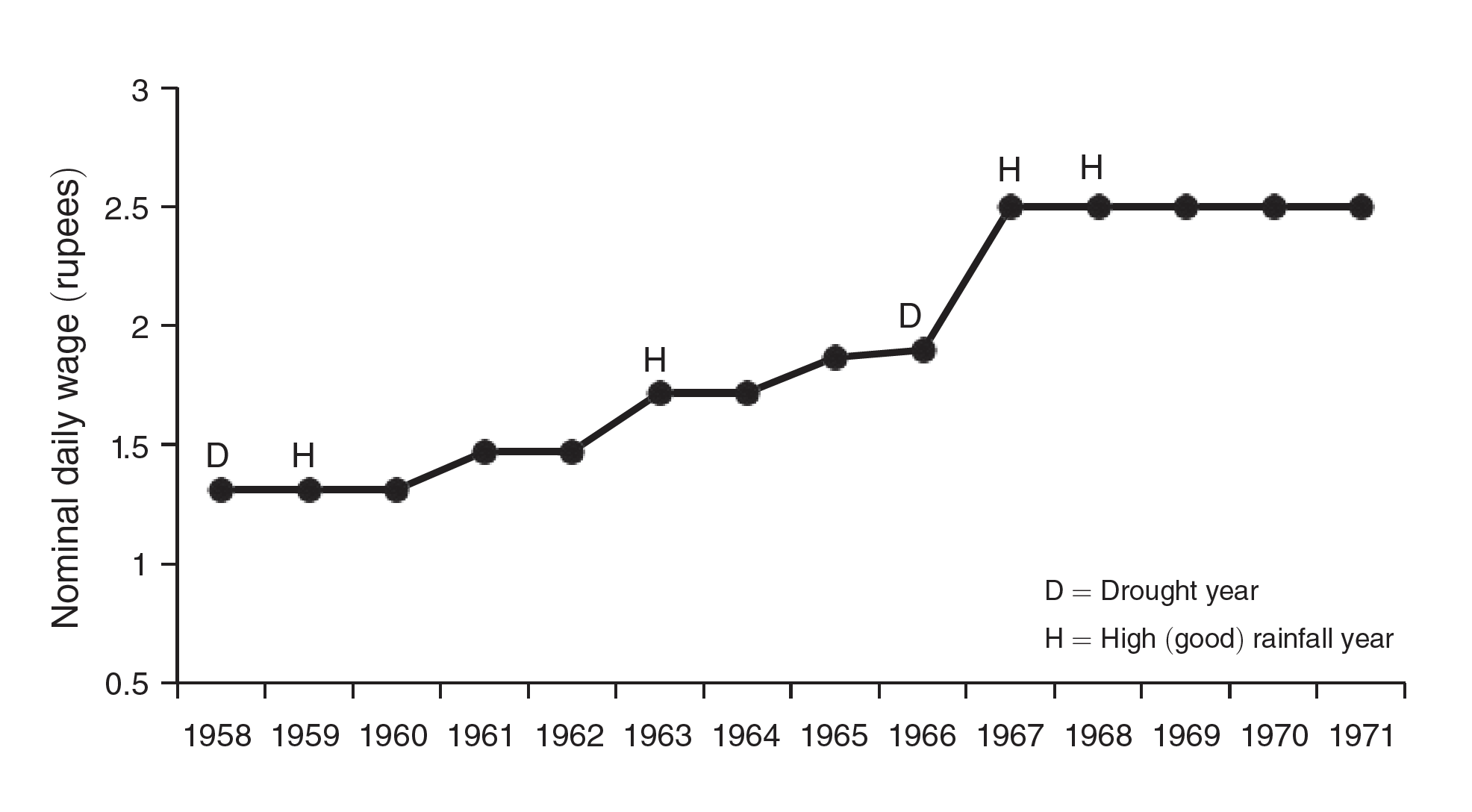 This creates an ideal environment to test the impact that rigid wages have on employment. Studies in advanced economies, where many hard-to-determine factors might be responsible, have been difficult to interpret.

Kaur analyzed the wage, employment, and weather data of over 600 districts across India from 1956 to 2009. Like previous studies, she confirmed that nominal wages are sticky but real wages aren’t. (The real wage is the nominal wage adjusted for inflation.)

Kaur found that on average if nominal wages were too high, inflation would eventually bring them down in real terms. However that didn’t stop high nominal wages from hurting employment in the short run.

There was clear evidence that employment went down following a year of good rainfall—above the eightieth percentile—because wages were too high. In years with normal rainfall or droughts, agricultural employment was 9 percent lower than it would have been if it hadn't followed a good year.

We're used to thinking that if there is downward wage rigidity, because it'll generate unemployment, it must be a bad thing. This paper made me realize that that's not necessarily true from the perspective of workers.

There are some reasons to believe her estimates are a lower bound for advanced economies. The US and countries in Europe have many more frictions, like labor unions and regulations, that can keep wages from adjusting.

In the Indian villages, though, the resistance to falling wages appeared to come from social norms. A strong sense that wage cuts were unfair lead to less effort from workers. For instance, almost half of laborers surveyed said they would weed a farm less carefully if offered a wage below the prevailing rate.

Why workers feel so strongly about wage cuts and who they impact are important questions for future research, according to Kaur.

“We're used to thinking that if there is downward wage rigidity, because it'll generate unemployment, it must be a bad thing,” she said. “This paper made me realize that that's not necessarily true from the perspective of workers.”

Why has economic growth not led to more gender equality in India?