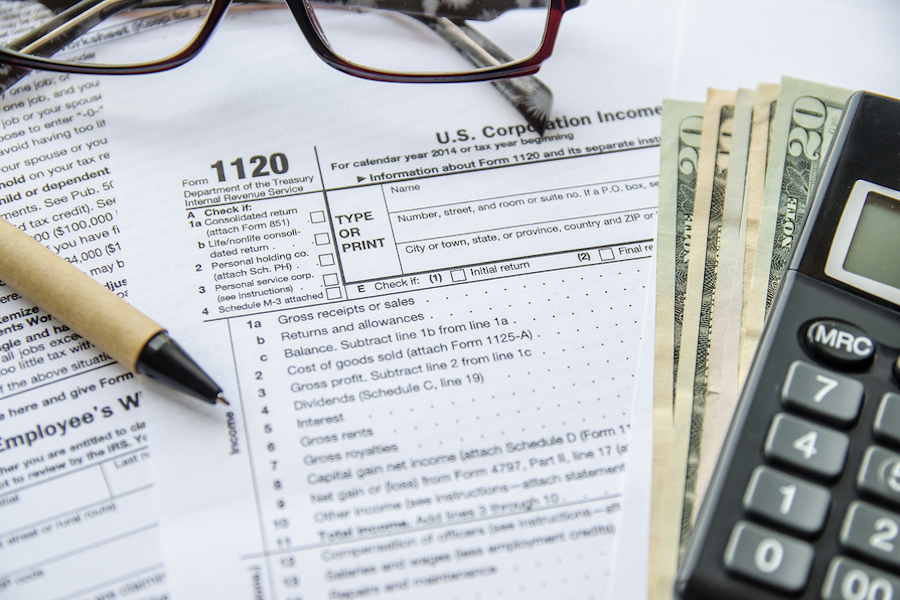 Corporate tax levels can have a big influence on the legal form that an entrepreneur chooses for their business.

The conversation around one of Don Schlagenhauf’s previous universities was about whether corporate tax cuts would create jobs.

Some of his colleagues thought the answer was plain.

“Some faculty thought the answer was obviously job growth could occur,” Schlagenhauf said in an interview with the AEA. “So a couple of us got in a room and took the simplest model… and there was no employment effect.”

Schlagenhauf, now an economist at the Federal Reserve Bank of St. Louis, wondered whether their simple model was missing something important about the way tax cuts influence corporate decisions.

In the October issue of the American Economic Journal: Macroeconomics, he and co-authors Shi Qi and Daphne Chen investigate how lowering the corporate tax rate affects entrepreneurs’ choice of legal structure for their company, and what that means for employment growth.

The paper comes less than a year after US lawmakers passed a $1.5 trillion tax cut package that includes dropping the corporate tax rate to 21 percent, from 35 percent. Though not directly applicable to the tax overhaul, Schlagenhauf and his co-author’s research provides insights into the potential impact that tax law can have on the decisions of entrepreneurs.

The authors say that reducing the corporate tax rate would lead more companies to become “C corporations,” and reduce the share of “pass-through” firms. Having more C-corps leads to moderate employment growth.

Tax cuts have implications on legal structure (of firms) and that can generate impacts for employment.

A key difference between the two is in how they are taxed. C-corps are taxed on their profits. Pass-through firms (S-corps, LLCs, sole proprietorships, etc.) are not, instead having the tax burden “pass through” to the business owners by way of their personal income tax.

But C-corp shareholders must also pay personal income taxes on profits distributed to them from the firm. In that sense, C-corps are taxed twice while pass-through firms are taxed once

A high corporate tax rate makes it more expensive to be a C-corp, but there are some advantages. C-corps don’t have the same restrictions on access to capital. For example, pass-through entities can’t have more than 100 shareholders or issue preferred stock, which limits their ability to attract “deep pocketed” venture capitalist investors.

So there’s a trade-off. If the tax rate is high, entrepreneurs have more incentive to become pass-through entities unless their capital needs outweigh the costs of double taxation. If it’s low, then they might want to be a C-corp.

Money matters
Lowering the corporate income tax rate leads more companies to choose to be a C-corp, which gives them greater access to capital. Click on the buttons below to view estimates of the share firms that choose to organize as C-corps vs. pass-through entities, such as LLCs, at various tax rate levels.
Source: author data

Prior to the 2017 tax overhaul, the US had one of the highest corporate tax rates in the world. This may help explain why three-quarters of the nation’s businesses were pass-through firms. The corporate income tax affects the calculation for entrepreneurs substantially, Schlagenhauf said.

He and his co-authors estimate that reducing the corporate income tax rate to 20 percent from a benchmark of 28.5 percent increases the share of C-corps to 34.4 percent, a gain of nearly 12 percentage points. Eliminating the tax altogether more than doubles the share of C-corps and expands the share of the workforce they would employ —  about 94 percent of all workers compared to just over half of workers at the benchmark level.

The model predicts that a tax rate cut would shrink the non-employment rate by up to 7 percent.

Before policymakers rush to abolish corporate taxes, however, there are some important caveats. A major one is that the model assumes a revenue-neutral environment, meaning that the revenue lost from lower corporate tax rates is made up elsewhere, such as higher personal income taxes.

That’s not the case for the tax plan passed last year, which also lowered taxes for pass-through firms. The Congressional Budget Office estimated the plan would increase the national debt by $1.9 trillion over the coming decade. It is not even close to revenue neutral.

“You just can’t take these results and map them into the existing corporate income tax cut,” Schlagenhauf said.

There’s another wrinkle to consider: the gains from lowering corporate tax rates are not evenly distributed. The authors’ predict the gap between the super rich and everybody else would widen, with the top 1 percent of individuals increasing their share of total wealth from 42.4 percent to 44.7 percent.

“There will be some people at the various higher income brackets that are going to make more money,” Schlagenhauf said.

The larger lesson for policymakers, he said, was to think about tax cuts in a more nuanced way. It’s not just that firms will reinvest the profits in expansion opportunities and hiring workers. The cuts can change the fundamental way corporations choose to organize.

“Tax cuts have implications on legal structure (of firms),” he said, “and that can generate impacts for employment.”

“Corporate Income Tax, Legal Form of Organization, and Employment” appears in the October issue of the American Economic Journal: Macroeconomics.

What would happen to the housing market if we eliminated the mortgage interest deduction?