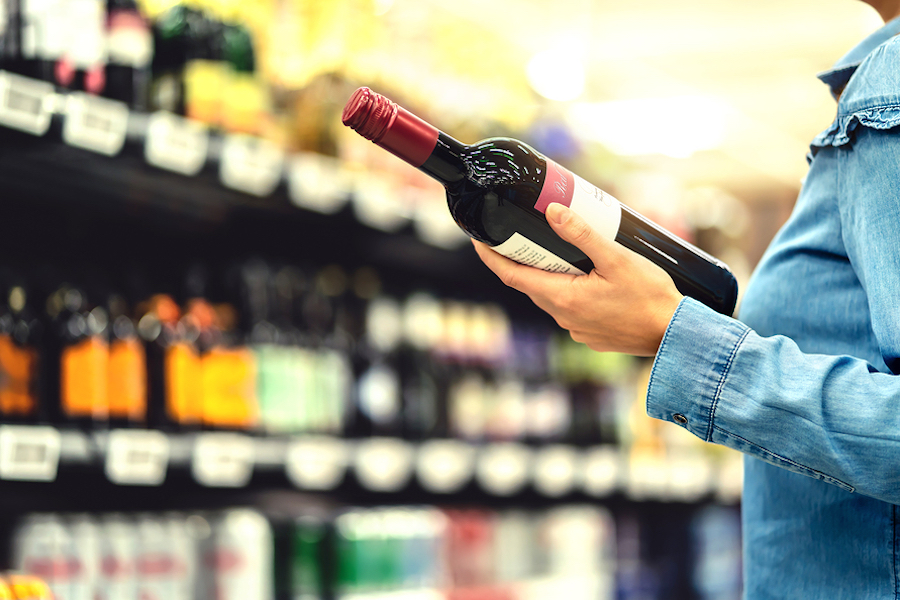 A woman checks the price on a bottle of wine.

Walk into a grocery store, and it doesn’t matter if you’re buying potato chips or broccoli—the tax is the same. Uniform tax rates also are levied on clothing, hospitality, and transportation.

A paper in the February issue of the American Economic Journal: Microeconomics says notions of fairness from uniform taxes are a myth. It’s a system that still creates winners and losers, leading to inequities between consumers and companies alike.

Authors Eugenio Miravete, Katja Seim, and Jeff Thurk used data from Pennsylvania’s state-controlled liquor industry, which applies a single markup to alcoholic beverages, to examine whether its uniform tax policy actually undermines government goals. The researchers found that the system subsidizes the drinking habits of low-income residents, contrary to one possible objective to discourage risky habits for the most needy populations.

“Regulators should be shocked,” Miravete said in an interview with the AEA. “If they care about poor families, precisely the people who suffer most from alcohol abuse and domestic violence, and they are subsidizing them through some weird notion of fairness that everybody pays the same. Why?”

The paper underscores the ways in which well-intentioned policies can backfire, causing the opposite of the intended effect.

The researchers take up this relatively old idea—that uniform taxes lead some consumers to underpay while others overpay—and apply new data obtained from a Pennsylvania Right-to-Know request to examine whether it successfully meets Pennsylvania’s twin goals of raising revenue while curbing drinking.

If they care about poor families, precisely the people who suffer most from alcohol abuse and domestic violence, and they are subsidizing them through some weird notion of fairness that everybody pays the same. Why?

More than 90 years ago, Frank Ramsey introduced the idea of taxing products proportionately to the inverse of their “elasticity of demand,” or how consumer demand for an item shifts when the price changes. If it doesn’t shift much—i.e. is relatively inelastic—then a product should be taxed higher. But if consumers are sensitive to price changes, then you’d want to have a lower tax so that more people would buy a product and you could maximize revenue. Uniform taxes don’t account for this variation in demand, meaning that some consumers overpay while others underpay.

The authors wanted to take this old theory and, using a model and one state’s liquor sales data, actually measure how demand changed across various demographic groups to determine who was overpaying or underpaying. Pennsylvania’s highly controlled market provided that opportunity. 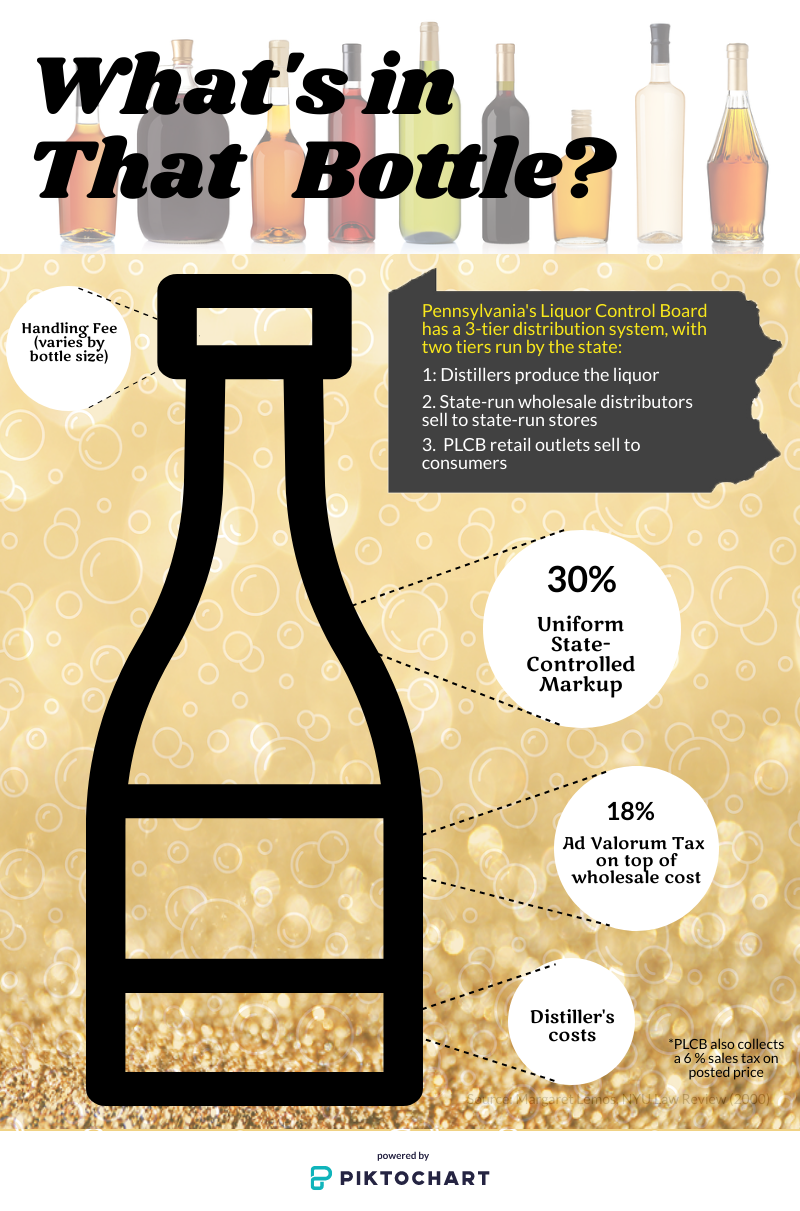 Walk into a Pennsylvania liquor store and you’d see hundreds of different spirits, from $200 bottles of scotch to a $6 fifth of vodka. And yet they’re all taxed the same, regardless of how prices affect demand among consumers. Someone in the market for an inexpensive bottle of Smirnoff may have different price sensitivity than a shopper browsing the top-shelf for Johnnie Walker Blue.

The authors found that low-income minority consumers prefer brandies and rums, perhaps for their comparatively lower price point, while wealthier consumers prefer more expensive varieties. They found that consumers at the lower end, who were more sensitive to price, underpaid with the uniform tax rate while less price-sensitive buyers overpaid. So it’s an implicit progressive tax that redistributes income across demographic groups.

Besides these redistributive effects, the system also affects the state’s ability to raise revenue.

The uniform markup leaves about $25.1 million in potential tax revenue on the table, according to the authors.

But that’s not the only goal. So-called “sin taxes” on alcohol, tobacco, and sugary beverages, for example, are sometimes used to discourage harmful behavior, especially for at-risk groups. A system that subsidizes consumption for low-income residents runs counter to these goals.

A better system would be one that accounts for these differences. But adopting different markups for hundreds of distinct spirits hardly seems realistic. So, the authors classify six different categories—brandy, cordials, gin, rum, vodka, and whiskey—and three bottle sizes. It’s not a perfect system, but it would benefit consumers overall by lowering average retail prices to $14.73 from $15.07 currently, while also allowing the government to collect more tax revenue.

In recent years, Pennsylvania has moved away from its uniform tax system. It now sets tax rates flexibly for top-selling products, while using uniform rates for the large fringe of smaller products.

“One Markup to Rule Them All: Taxation by Liquor Pricing Regulation” appears in the February issue of the American Economic Journal: Microeconomics.

The unequal burden of a gasoline tax

Gasoline taxes reduce emissions. But is there a better way?