The unequal burden of a gasoline tax 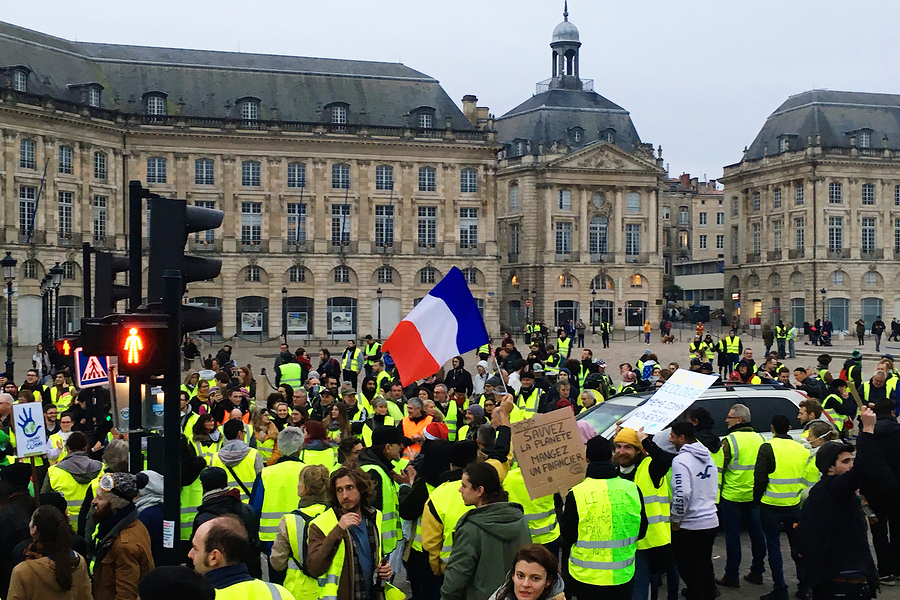 Yellow-vest activists in France protest against a planned increase in gasoline and diesel taxes.

Yellow-vest protests erupted across France in 2018, ostensibly over a planned increase in the fuel tax.

Some environmentalists, though, have quietly cheered fuel-price increases. They argue that taxes on gasoline deter more fuel consumption and therefore reduce the emission of CO2 and other pollutants.

Environmentalists aren’t wrong, but there may be better ways to reduce emissions than taxing gasoline, according to a paper in the November issue of the American Economic Journal: Economic Policy.

Ideally then, policymakers would charge for the exact emissions from each vehicle. 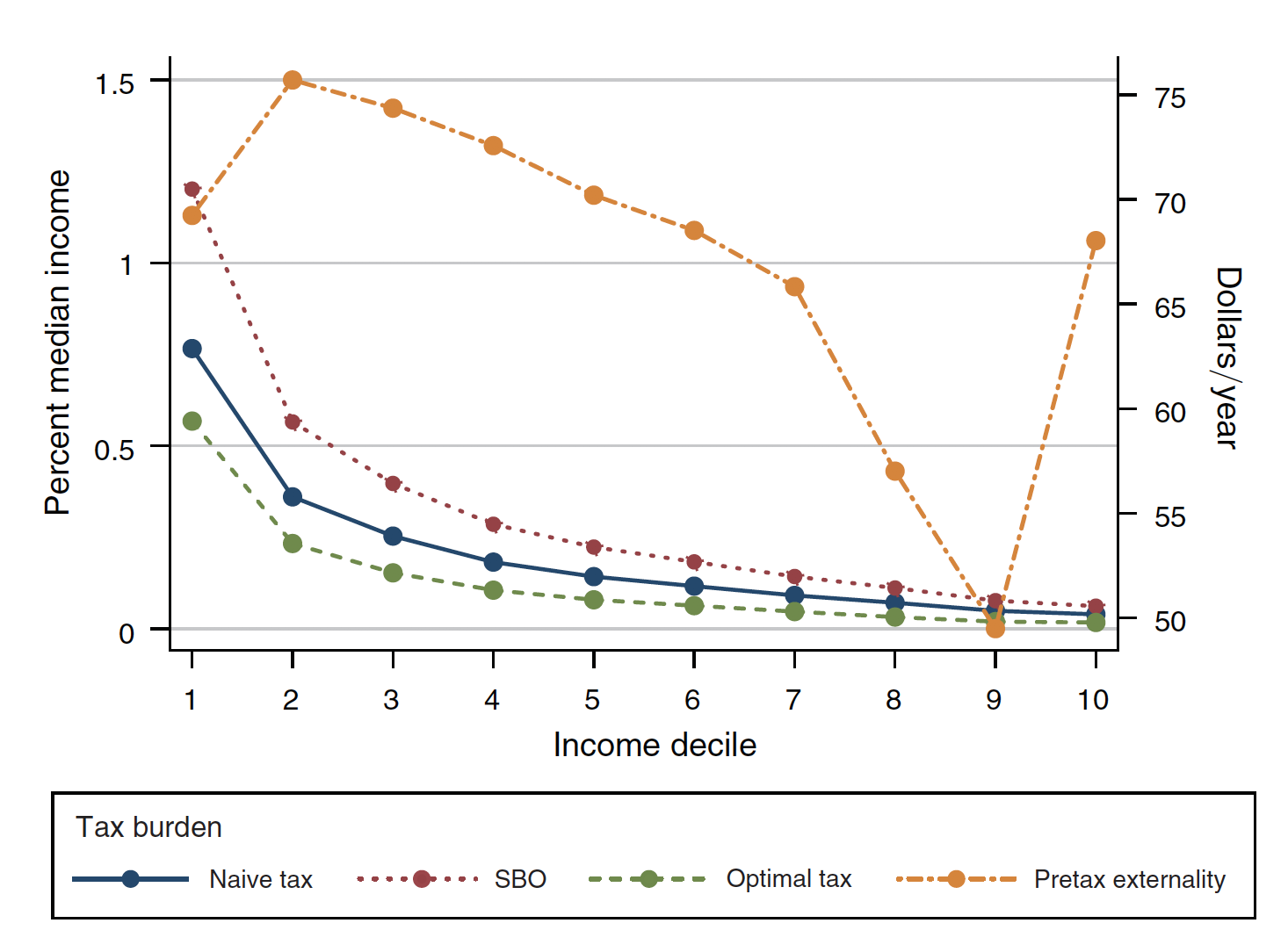 Figure 8 from the authors’ paper shows that if policymakers adopted this “optimal” approach (green line), most richer and poorer households would pay a smaller share of their income than under a uniform gasoline tax — the “second-best-optimal” approach (red line).

The blue line represents what the authors call a “naive” approach — a tax based on the average emissions of all vehicles. In this case, just as under a uniform gasoline tax, a Prius and a high-emissions sports car would pay the same amount per gallon in emissions taxes.

And although the naive tax would be less burdensome for most households than the gasoline tax, it’s not really an apples-to-apples comparison since the naive approach is less efficient.

The downward-slope of the red line highlights the unequal burden of gasoline taxes; a much larger share of poorer households’ income goes to paying gasoline taxes.

The burden is higher for poorer households — not just because they are poor, but also because their vehicles tend to emit more pollution. The yellow line in the figure represents the dollar value of environmental damages, per household, from vehicle emissions (right axis).

The tax relief from switching approaches would be especially large for poorer households, the first income decile.

The figure actually hides a significant amount of variation among households with the same income. The authors show that many of the poorest households who have cars pay as much as 2 to 3 percent of their income in gasoline taxes.

Slightly adjusting emissions taxes may not quell many yellow-vest protesters, but that shouldn’t be an excuse to ignore the burden that fuel prices are for many poor families, or ignore the costs of fuel emissions.

The authors show that policymakers may be able to take a small step towards harmonizing the economy and the environment.

The Welfare Impact of Second-Best Uniform-Pigouvian Taxation: Evidence from Transportation

When consumers or firms don't face the true social cost of their actions, market outcomes are inefficient. In the case of negative externalities, Pigo...