Pulling up the jobs ladder

When the employed start looking for work, they can crowd out the unemployed. 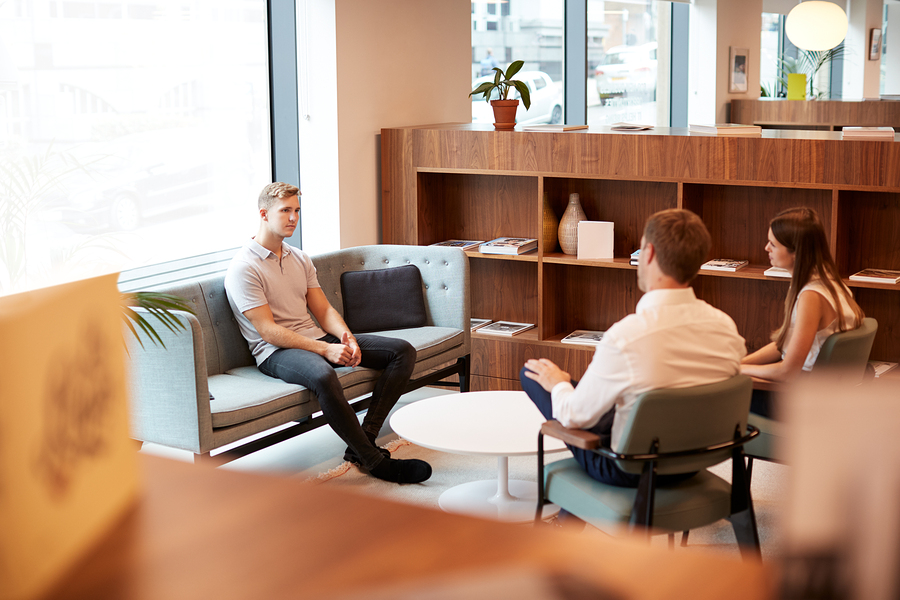 The popular narrative of the Great Recession starts with toxic mortgages paired with excessive debt, and ends with a financial panic that caused millions of Americans to lose their livelihoods.

That account, while true, leaves out an important part of the story that could be central to every boom and bust, according to a paper in the October issue of the American Economic Journal: Macroeconomics.

Authors Jan Eeckhout and Ilse Lindenlaub found that how intensely already employed workers search for their next job has a big impact on which way the economy swings.

“There are many different theories for why cycles exist, for why there are booms and busts,” Eeckhout said in an interview with the AEA. “What we found was that the labor market by itself can generate these booms and busts.”

Their explanation goes some way towards making sense of so-called jobless recoveries, and other economic puzzles, as well.

The authors wanted to understand why economies so regularly shed about 5 percent of their labor force. In the simplest terms, about 5 percent of workers are unemployed during good economic times. In bad times, that number rises to about 10 percent.

Traditional theories have focused on the unemployed. They’ve tended to argue that the unemployed either don’t have the right skills or are just struggling to find the right employer.

The authors say instead that the emphasis should be on the 90 to 95 percent of workers that already have jobs, roughly half of whom are looking for a different job.

“If you have such a large group of people between booms and recessions deciding to search, this has a huge effect on the labor market,” Eeckhout said.

By definition the unemployed are looking for work, but there’s nothing to stop employed workers from searching too. And it’s these employed job seekers who can crowd out the unemployed, according to the authors.

During a recession, businesses post fewer vacancies and job turnover slows down, creating a pool of mismatched employees who hold on to their jobs through the downturn. These workers are the first to look for new jobs when the economy starts to pick back up. And because they were able to remain employed, they’re the most likely to get the new jobs.

“The poor unemployed people . . . they're completely getting swamped in terms of finding jobs by the employed people,” Eeckhout said.

It’s only after the employed have moved up the jobs ladder that work opens up for the unemployed. After a full recovery, the economy is vulnerable to heading back into a recession when people stop searching—because they don’t expect to get a better job—and companies stop posting vacancies, which completes the cycle.

The authors lay out the dynamics of this unemployment cycle in a sophisticated model. But at the heart of it, it’s workers’ beliefs about finding a better job and their search intensity that move the unemployment numbers.

On top of accounting for unemployment swings and delayed recoveries for the unemployed, their framework also solves a puzzle that has been difficult to fit into standard models: the outward shift in the Beveridge curve during recoveries.

An outward shift in the Beveridge curve
The chart below shows the US Beveridge curve during and after the Great Recession. It plots the number of vacancies per job against the unemployment rate. Each point represents a quarter. The Beveridge curve tends to be lower during downturns, and then shifts outwards during recoveries. 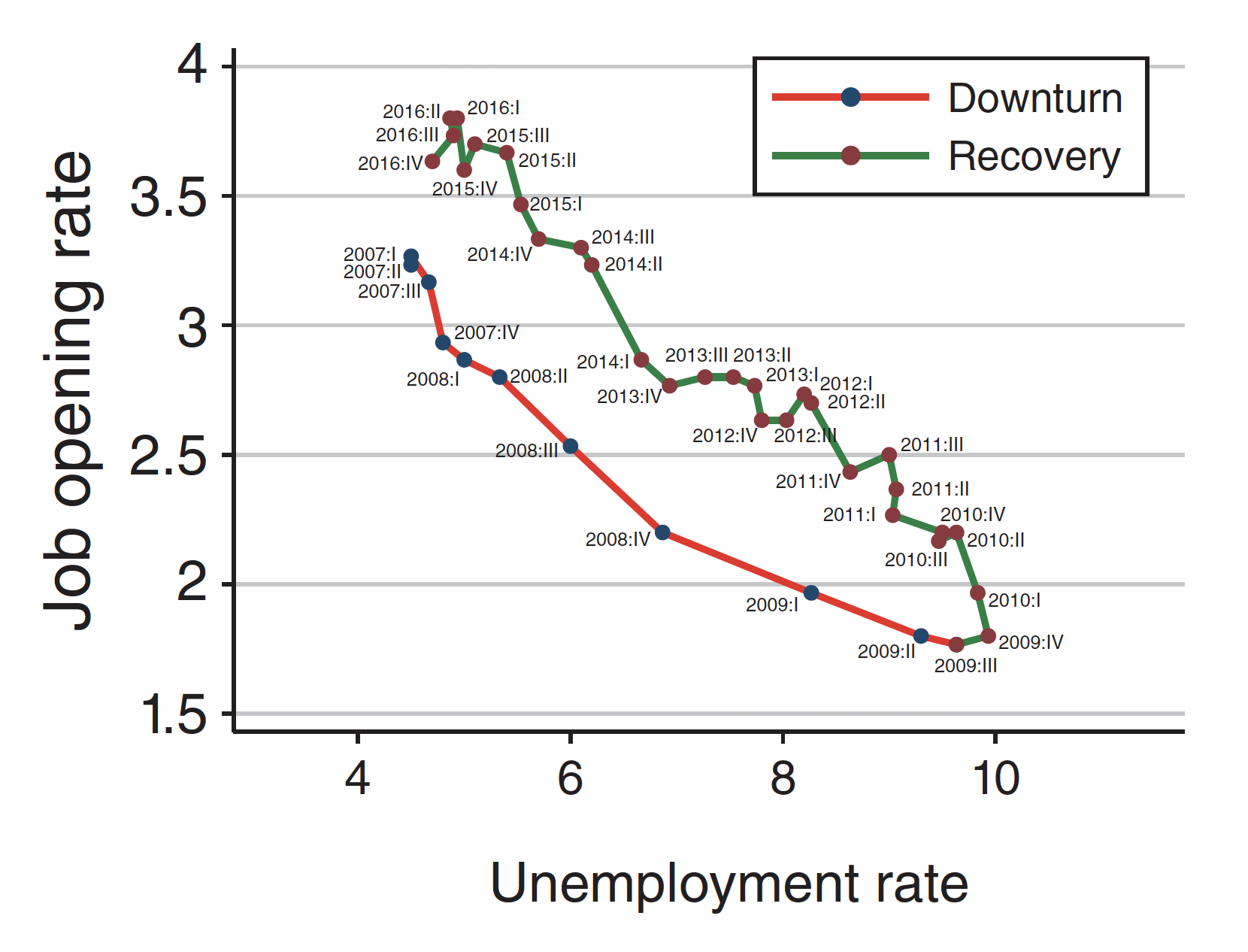 The authors don’t rule out other drivers of unemployment cycles, but their work suggests that policymakers should focus more on the overall health of the labor market.

“As a policymaker it is in your interest, rather than to protect jobs, to make sure that people have sufficient social mobility and the ability to move up the ladder,” Eeckhout said. “We cannot just look at the unemployed. We also have to look at the employed.”

“Unemployment Cycles” appears in the October issue of the American Economic Journal: Macroeconomics.