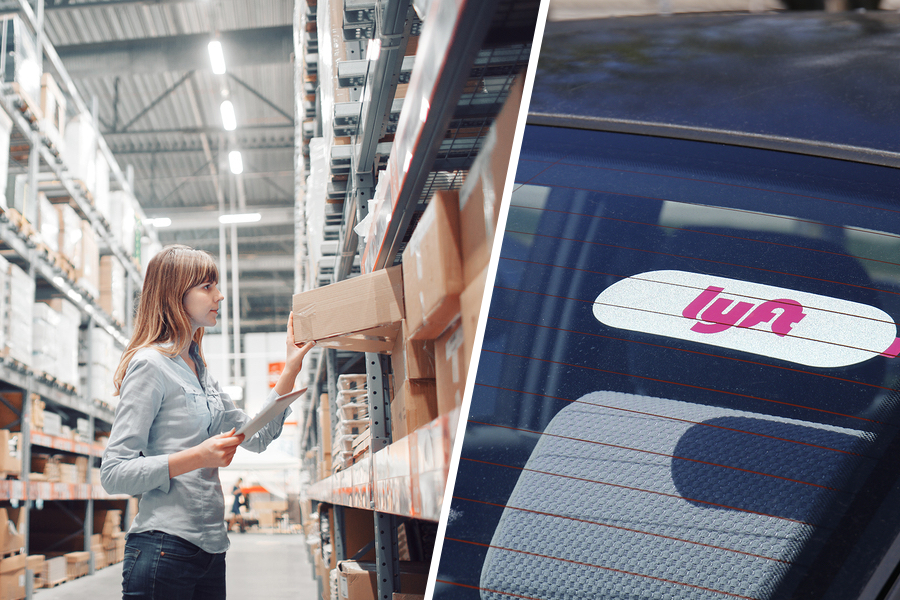 Warehouse jobs and ride-sharing services are a prominent source of part-time work in the US.

When the economy enters a recession, pundits are quick to trot out unemployment numbers to argue about the health of the economy or the success of the government's response.

Of course, job loss should be front and center when talking about the economy, but companies have more options than just hiring and firing employees.

“Do we still want to look only at the unemployment rate to measure the amount of labor market slack?” economist Etienne Lalé said in an interview with the AEA. “After the latest recession, it's not clear. It seems that we really shouldn't ignore involuntary part-time work.”

In fact, part-time work adjustments have driven one-third to half of the hours lost during recessions in the US and UK, according to his paper published in the January issue of the American Economic Journal: Macroeconomics.

Do we still want to look only at the unemployment rate to measure the amount of labor market slack?

Lalé and co-author Daniel Borowczyk-Martins argue that economists have made important advances in understanding how an economy’s total working hours adjust when employees are hired and fired—what economists call the extensive labor margin, which is basically the decision to work or not.

What hasn’t been thoroughly addressed is the so-called intensive labor margin—the decision of how much to work. And switching between part-time and full-time is an important way that firms and workers make adjustments along the intensive margin.

The authors discovered several important facts about working hours from analyzing the US and UK over the last half-century.

The ups and downs that their economies underwent were accompanied by large changes in the hours worked per week. The authors found that the average ranged from less than 38 hours to more than 40 hours a week per worker.

Two hours might not sound like a big difference, but some workers bore much more of the brunt than others. About half of all workers experienced some reduction in hours during recessions.

A good portion of that reduction comes from people losing work, but nearly half of the fluctuations in average hours worked could be explained by people moving into part-time positions.

People who switched to part-time during a recession typically lost about a day and a half of work per week. If they also changed employers, they saw an even larger drop in hours of roughly five to nine hours a week more.

Workers weren’t typically losing their jobs and picking up hours as Amazon pickers or Uber drivers; jumping into the gig economy doesn’t appear to be a big part of the story. Instead, full-time employees were taking part-time work at the same employer.

Don't forget about part-time
The chart below shows that US weekly hours per worker fluctuated between thirty-eight and forty over the past fifty years. Hiring and firing drove much of those changes.

But the variation in hours due to changes in the share of part-time workers explains nearly half of the total fluctuation. Part-time switches were especially important in the last recession.

In addition, the authors found that adjustments to weekly hours were not perfectly smooth in the data. Switching to part-time usually meant working only sixteen, twenty-four, thirty-two hours a week—typically hours that were multiples of full or half workdays. These lumpy adjustments could have important consequences for the way economists model the economy, Lalé said.

Part-time work appears to have added some desired flexibility for companies and workers, according to the authors. Thirty hours is better than no hours; retraining new employees is costly; losing institutional knowledge is a headache.

If a company can weather the economic storm, if workers can find stopgaps to make ends meet, then a temporary switch to part-time might be best for employers and employees in the medium to long run, according to the authors.

Their research indicates that the large, incremental adjustments in the hours that people work should change the way that economists think about labor supply over the business cycle. But everyone, not just economists, should rethink the importance of part-time work.

“In terms of the indicators for assessing labor market health, we think the results suggest that people should care about part-time work more than they do currently,” Lalé said.

"Employment Adjustment and Part-Time Work: Lessons from the United States and the United Kingdom" appears in the January issue of the American Economic Journal: Macroeconomics.