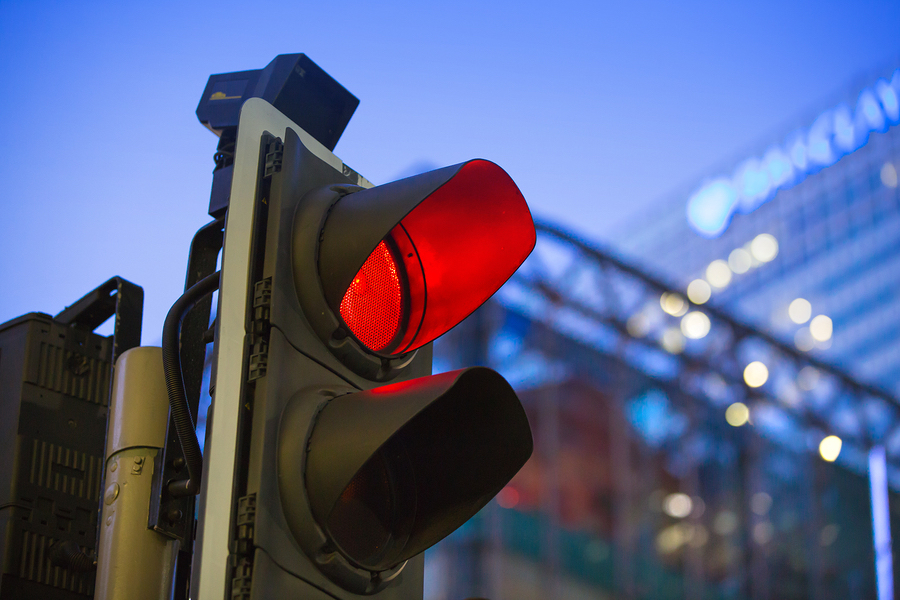 Tippelzones come from the Dutch word tippelen, which means streetwalking.

The Netherlands has long been a laboratory for progressive policies, such as their regulated tolerance of soft drugs. The country’s approach to “sin industries,” such as the drug and prostitution markets, is known for being open-minded. Of course, this approach can also be pragmatic: if the government can’t prevent illegal activity from happening, they can at least make it safer through a combination of legalization and regulation.

This was the mindset behind tippelzones, or public areas where street prostitution is legal. The first opened in 1983 in The Hague. Over the next three decades, another eight cities opened tippelzones as well. By concentrating prostitution and its associated drug use in one part of the city, the zones provided a more regulated, and thus safer, environment for prostitutes — one of the most vulnerable populations in the Netherlands — while moving prostitution away from residential neighborhoods.

In a new paper in the November issue of the American Economic Journal: Economic Policy, authors Paul Bisschop, Stephen Kastoryano, and Bas van der Klaauw examine the effect of these tippelzones on citywide crime. The zones could have acted as a criminal hotspot, facilitating interactions among petty criminals and organized crime. And, any resulting increase in crime could have spilled over into the rest of the city.

However, the zones could have had the opposite effect. The greater police presence in the zones could have deterred new criminal activity while relocating potential crime to one monitored area. Without the zones, supporters argued, prostitution, drug use, and other crimes would have moved underground and become less manageable.

In line with the second theory, the authors found that the zones reduced certain types of crime. In the first two years after opening a tippelzone, cities saw a thirty to forty percent decrease in sexual abuse and rape. There was no effect on violent assaults and possession of illegal weapons, which are not directly connected to the prostitution market. 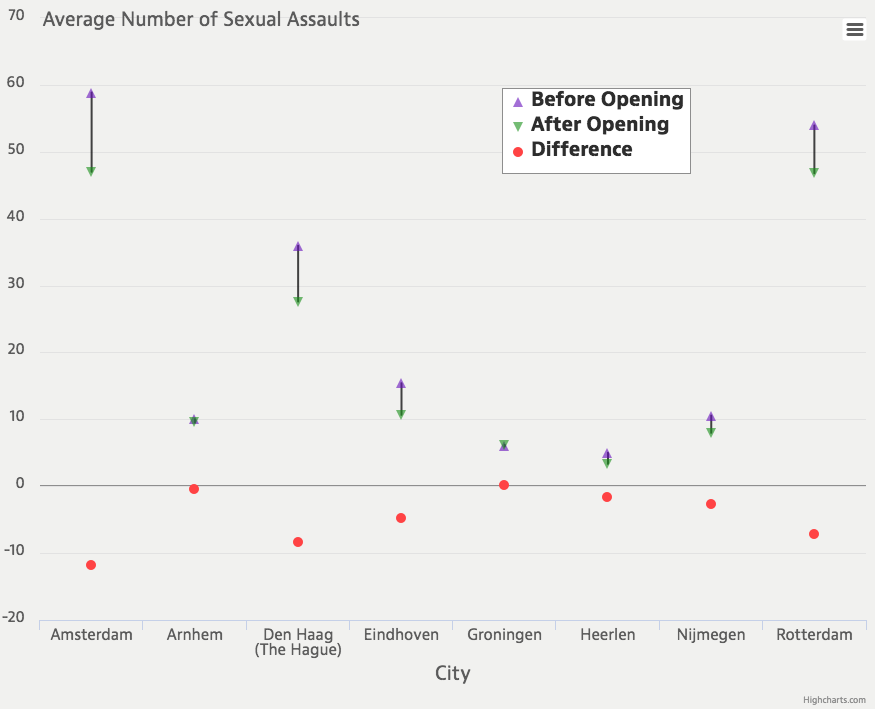 Other cities introduced licensing after opening tippelzones. The zones led to an initial decrease in citywide crime, but the shift to a licensing system marked a sudden increase in crime. Most likely, the introduction of licensing forced some prostitutes out of the tippelzone, thereby spurring the illegal market and causing an uptick in sexual abuse and rape.

As other countries — now including Germany, Switzerland, Italy, and England — experiment with legal prostitution zones, they must carefully consider the Netherlands’ experiences, ongoing challenges, and policy lessons. For example, timing is key when introducing a licensing system. Without one, the effect on crime is not as strong as it can be. When introduced too late, it can undo the positive effects. When implemented from the start, cities may become safer.

Countries considering tippelzones should also be aware of their impact on drug activity. The Netherland’s licensing system prioritized drug-addicted prostitutes so that the impact of each tippelzone’s health initiatives (such as providing clean needles) would reach the people most in need. In zones without licensing, the zones increased perceived drug nuisance throughout the city by six percentage points. In zones with licensing, drug nuisance decreased throughout the city but rose in tippelzone-adjacent areas. Because the drug activity was relocated to one concentrated area, this was a success for the city. Of course, it was also a problem for nearby residents.

In the best of worlds, there would be no prostitution, of course. But I'm at the point where I don't believe that that's achievable.

And, the zones may be much more popular than anticipated. Amsterdam placed a tippelzone in an accessible but largely industrial part of the city that few people regularly visited. When the zone opened, that neighborhood began to experience traffic jams. As Stephen Kastoryano relayed this anecdote, he noted that the demand was not new; it was just channeled differently. The demand may have come from otherwise violent men, who, without this outlet, were potentially responsible for assaults. This could help explain the decreases in crime throughout the city.

These lessons should not deter countries from creating policy around prostitution. The tippelzones were not perfect, but their impacts on sexual abuse and rape suggest that they can play a significant role in protecting both prostitutes and city residents. To create effective policies, researchers and policymakers must look past the taboo around prostitution and focus on helping people.

“In the best of worlds, there would be no prostitution, of course” says Kastoryano. “But I’m at the point where I don’t believe that that’s achievable. And by trying to force the system, we’re putting a lot of people in danger just to try to have a clean conscience.”