What impact does driving have on teenage mortality and risky behavior? 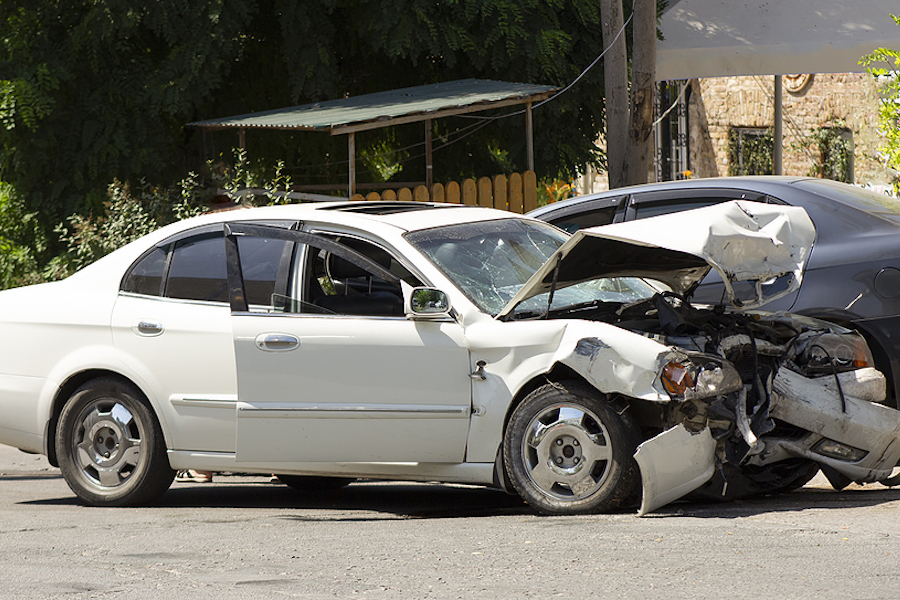 Teenage mortality increases significantly once youth are of driving age.

When teenagers receive their driver’s licenses, it can be an anxious time for both them and their parents.

This freedom carries added responsibility and increased risk of being injured or killed in a car accident. In addition, because driving allows teenagers to be away from home, unsupervised, it may lead to greater participation in risky behaviors.

In a paper in the American Economic Review: Insights, authors Jason Huh and Julian Reif investigate the effect of driving on teenage mortality and risky behaviors such as drug use.

The paper digs deeper into an issue that Reif has been studying for the past decade.

“My dissertation at the University of Chicago modeled how addiction and social interactions shape behaviors such as smoking,” Reif told the AEA in an email interview. “That work was mostly theoretical, but I've been wanting for some time to investigate this topic empirically as well.”

Every day about seven teenagers die in motor vehicle crashes, making it a leading cause of death for adolescents in the United States. Being more mobile also allows teenagers to escape adult supervision and engage in activities that could affect their mental health or lead to drug and alcohol abuse.

Still, it’s difficult to measure the impact of driving on mortality and risky behavior because of data limitations. Much of the information on teenage drug consumption comes from self-reported surveys, which can be subject to bias and have small sample sizes.

Rather than rely on survey answers, Huh and Reif looked at counts of drug overdose deaths as a proxy for drug use.

Using an approach called regression discontinuity,  Huh and Reif examined teenage mortality around the age of driving eligibility, which varies widely from state to state.

They estimate that being eligible to drive increases teenage mortality by 15 percent, or 5.84 deaths per 100,000. Most of that increase is driven by motor vehicle fatalities.

Female teen impacts
Poisoning deaths from drug overdose or gas asphyxiation among US teenagers increased dramatically at the minimum driving age, driven overwhelmingly by female deaths. The chart below shows the impact on female death rates for all poisonings (Panel A), drug overdoses (B) and other gas poisonings (C). 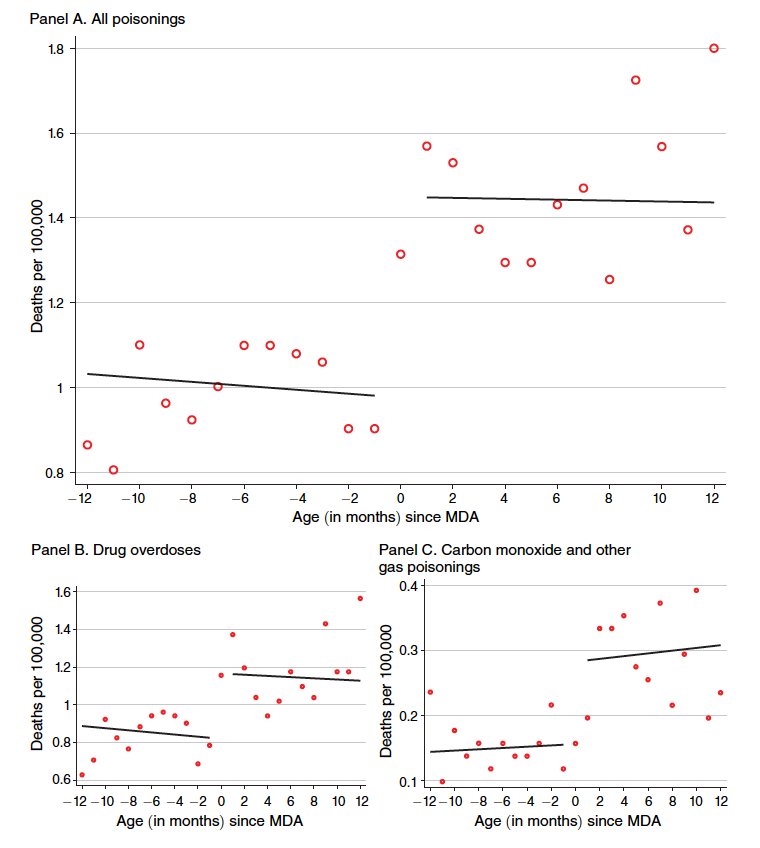 Additionally, they found that poisoning deaths (from drug overdose or gas asphyxiation) rise 29 percent at the minimum driving age, reflecting changes in both suicides and accidental deaths. That effect was overwhelmingly driven by females. Drug overdose deaths among females increased 78 percent and gas poisoning spiked 82 percent.

Our results do suggest that organizations interested in reducing drug use could potentially benefit from targeting resources at female teenagers nearing the age of driving eligibility.

“To our knowledge we are the first to uncover this relationship,” Reif said. “While it has been well documented that the prevalence of risky behaviors differ significantly between males and females, the causes behind these differences remain unclear. Our study reveals that driving is one of the factors contributing to these differences.”

Less clear is why driving would increase poisoning deaths or why the effects are so concentrated among females. The authors speculated that driving might make it easier for teenagers to gain access to drugs or may affect them psychologically by changing their social environments. But they couldn’t find sufficient data on mental health and social behaviors to clearly answer that question.

The implications for driving laws are not straightforward, Reif said. This study highlights important risks, but there are significant upsides for both teenagers and their parents to letting them drive.

“It is not obvious to me whether the optimal set of driving regulations would be less or more strict than what we currently have,” Reif said. “Our results do suggest that organizations interested in reducing drug use could potentially benefit from targeting resources at female teenagers nearing the age of driving eligibility.”

When Colorado expanded access to long-acting reversible contraceptives, what impact did it have on teen birth rates?