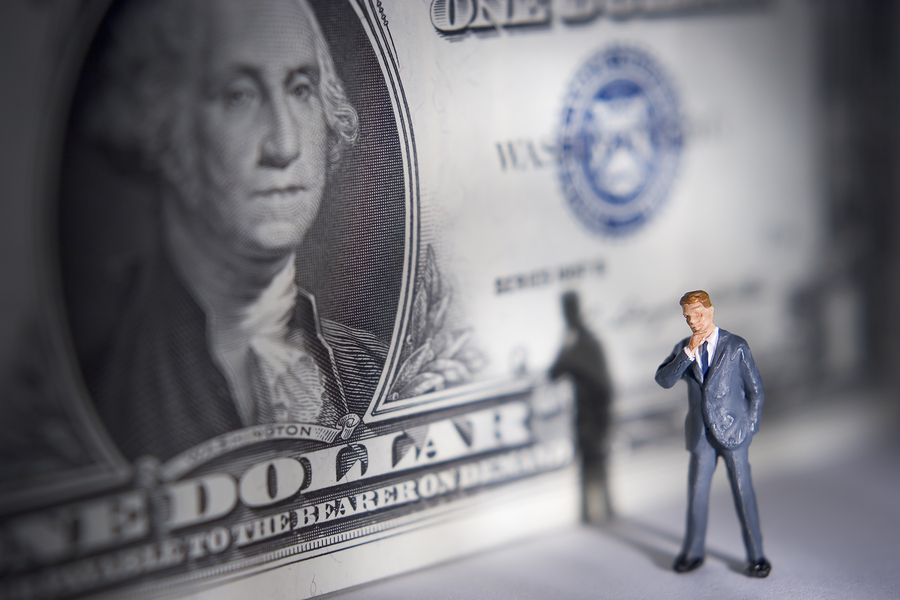 How much should the super rich pay in taxes?

It’s a politically divisive issue that is often debated within a framework of fairness. Indeed, most Americans don’t think the rich pay their fair share.

Rising income inequality between corporate executives and rank-and-file workers has fed arguments about what should be done to redistribute concentrated wealth. Taxes are one way of accomplishing this, and some economists have suggested that CEOs earning tens of millions of dollars should be giving back as much as 80 percent of their income to the government.

Why? Because rewarding them for their hard work by letting them keep more of their paycheck leads to “spillover” effects that boost corporate profits, which can then be taxed and grow government coffers more quickly than collecting tax revenue from individual executives.

Ales and Sleet sat down with the AEA to discuss their findings. An edited transcript follows, and a fuller audio version of the interview can be heard by clicking on the audio file below.

AEA: What’s the economic question that you wanted to explore with this paper?

Christopher Sleet: The starting question was what should the marginal tax rate be on high earning CEOs. How much tax should they pay on each extra dollar that they earn. And our starting point was tax theory as it stands. So tax theory does start with the idea that a government should redistribute from richer people to poorer people, so fairness is part of the analysis. But it also recognizes that attempts to tax high-earning people will lead to distortions, will distort the amount that they work, the amount that they earn and therefore through that channel potentially reduce, or at least offset, the impact of higher tax rates on tax revenues.

AEA: How much do these people make?

Laurence Ales: We are talking about top executives. We are well within the top 0.1 percent. So you should think about  CEOs making several million dollars or more.

AEA: It’s a popular opinion to think that these top earners, for whatever reason, don’t pay their fair share. What did you find with your paper?

Sleet: We found that much lower rates are desirable. We’re talking about top tax rates of 20 to 30 percent. But it would depend on other aspects of tax policy. ...The impact of taxing a CEO at a high rate, or higher rate, it has a relatively small effect in percentage terms on the profits of a firm. But because these profits are very very big, that translates into a very big dollar effect. And that impacts potentially tax revenues because they are taxable.

AEA: I was wondering if you could explain a little more about how the actions of a CEO, as it relates to however much they’re taxed, could have spillover effects and could really enhance the firm’s profits if they were able to keep more of the money that they earn.

Sleet: CEOs are exerting effort, they’re exerting time. It’s well-documented that many CEOs work extremely long hours and they are making high-level decisions. ...We’re talking about deterring through taxes discouraging CEOs from putting in the extra effort that will lead them to make better decisions within their business that will lead to more profits.

Ales: Even if their response is really tiny, the fact that their effort is multiplied by the scale of the corporation, we quickly map that small change in effort in big change in profits and big change in tax revenues. AEA: I’m just thinking from the rank and file, the worker’s perspective, the “99 percent” who might be arguing for higher taxes on their corporate CEOs, what benefits could accrue to them?

Sleet: First of all, with respect to profitability, as I mentioned, it’s a source of tax revenues. If they benefit from government spending in some way, it’s going to benefit them. But in addition, there may be other potential spillovers….It’s possible that CEOs through good decision making, end up creating more jobs by expanding their businesses, and that’s going to benefit the people that you’re describing directly, through employment opportunities, through wages and incomes. We don’t explicitly look at that in this paper.

AEA: Assuming that you were to take this to policymakers, what’s your best case for selling this idea that perhaps we don’t need to raise taxes on the richest of the rich?

Sleet: It’s two parts. First of all there’s the spillover that we talked about...second the taxation of top CEOs should be done in conjunction with the taxation of profits. Of course, if the top CEOs are also shareholders in the firms and they get more profits as well, then they’re benefiting a lot and that’s not going to be popular. What we are advocating for is lower taxation on CEOs than has been prescribed by some economists...in conjunction with higher taxes on pure firm profits. And it should be made transparent to people that these pure firm profits, to the extent that they are taxed, those revenues are used for their benefit.

Ales: Here we’re not advocating moving too far away from what actually we see in the current tax code. Our recommendation would be if you desire to move one way or the other, first pay attention, as Chris said, to the spillover effects.

What online searches reveal about how people think about taxes