Corporations increasingly use low-tax countries to shelter their profits 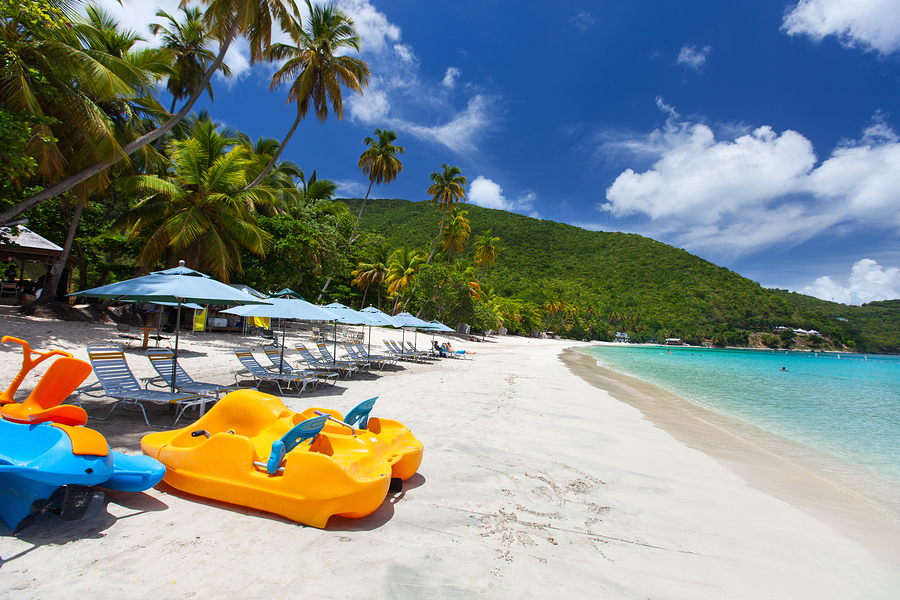 The mega-leak of 11.5 million documents known as the Panama Papers revealing the existence and ownership of thousands of offshore companies with hidden assets has created headaches for politicians and billionaires whose names appear in the disclosures. It has also spurred a larger conversation about the growing problem of the tax haven economy.

Typical people aren’t well-versed in anonymous shell companies, discretionary trusts, undeclared bank accounts, and the other tools that corporations and wealthy individuals use to legally (and illegally) skirt U.S. tax laws, so advocates are trying to take advantage of the Panama Papers coverage to raise the profile of this issue. The last week has seen a new wave of pressure on politicians to close the legal loopholes in the system and make sure companies and high-net-worth individuals can’t take advantage of offshore financial acrobatics to dramatically reduce their tax bills.

But it is hard to even get a handle on this problem without understanding the scope of the offshore economy. How much tax revenue is being lost to offshore tax havens? How much ingenuity and effort is being spent on schemes to shelter corporate profits? A 2014 article from the Journal of Economic Perspectives traces the history of the offshore economy and provides some estimates of its size.

In Taxing across Borders: Tracking Personal Wealth and Corporate Profits (PDF), author Gabriel Zucman argues that the problem of tax havens can actually be traced back to standards promulgated in the 1920s by the long-defunct League of Nations. At the time, many high-income nations had recently instituted corporate taxes and were struggling with questions about how and where to tax multinational corporations. Suppose a U.S. corporation called USCorp starts operating in the U.K. and making money -- which government should get to tax the resulting profits?

In response, The League commissioned a team of four economists to propose guidelines for nations to bring their tax policies into accordance. The economists reasoned that profits should be taxed at the source: if USCorp is producing and selling products in the U.K. with local raw materials and a staff stationed in the U.K., then the U.K., not the U.S., should have the right to tax those profits.

But what if USCorp produces goods in the U.K. and then ships them across the Atlantic to be sold in the States? Then are the profits American or British? The new guidelines said that the U.S. and U.K. arms of USCorp should be treated as different companies and profits should be computed as if the U.K. arm had “sold” its goods to the U.S. arm at a fair price.

To smooth out any problems or confusion with these principles, the new guidelines said, countries should sign bilateral treaties with each other to make clear the rules for corporations to avoid double taxation. In the subsequent years, countries signed thousands of inconsistent bilateral treaties to establish rules for how profits would be counted, apportioned between countries, and finally taxed.

These guidelines shaped the earliest corporate tax laws and are still generally reflected in those laws today. But in a world where modern communications technology allows individuals to incorporate a company in the Caribbean and a bank account in Switzerland in a matter of days, the conventions of corporate taxation that have prevailed for decades are increasingly easy to exploit.

Inconsistencies in tax treaties between different pairs of countries allow corporations to slip into legal netherworlds where their profits aren’t generated in any particular country and can mostly escape taxation.

Google is a high-profile example: it is able to claim billions of profits in Bermuda each year (corporate tax rate: 0%) even though it has no office building there and not even any employees on the island. This seems to violate the spirit of the source-based taxation guidelines originating in the 1920s, because only a very small fraction of Google’s profits from online advertising sales are actually coming from the small island nation of Bermuda.

But this is legitimate because the rights to Google’s search and advertising technologies are technically owned by a subsidiary called Google Holdings housed in Bermuda, thanks in part to a trick called the Double Irish Dutch Sandwich. Other Google subsidiaries pay billions in royalties to the Bermudian company Google Holdings for the rights to use its technology, which was originally invented by Google employees in California and sold to Google Holdings in 2001. Those billions of profits are reclassified as Bermudian rather than American or Irish and thus not taxed.

The end result [of Google’s tax machinations] is that from the viewpoint of the United States tax authorities, “Ireland Limited” and “Google BV” do not exist, but for Europe they are real. For Ireland, “Google Holdings” is Bermudian but for the United States it is Irish. Playing tax treaties against each other — and in particular exploiting their inconsistent definitions of residency — Google thus generates stateless income, nowhere taxed in the year it is generated.

Countries can rework their laws and treaties to try to close loopholes once they are discovered, but legal teams will keep working to exploit any inconsistencies in treaties that allow profits to be booked in lower-tax countries without actually having to move any substantial operations to these often-remote tax havens. The result is that American-controlled corporations in places like the Cayman Islands or the British Virgin Islands often earn profits that are greater than the gross domestic products of these island nations.

Offshore machinations reduce government revenues that could offset other taxes and fund public services, but they also induce a wasteful response by corporations that has its own non-negligible cost. There are thousands, perhaps even millions, of people around the world who spend their working lives devising tax-reduction schemes, fielding phone calls or handling paperwork to establish offshore accounts, or preparing the complicated tax returns required to sustain these schemes. Even for those who believe corporate taxes are too high, allowing offshore tax havens to effectively reduce corporate tax bills is far less efficient than actually reducing the statutory rate.

Zucman’s analysis shows that this problem has grown more acute in recent years. By analyzing data from the National Income and Product Accounts that estimate overall corporate profits accruing to U.S. residents, and comparing these figures to corporate tax filings and U.S. tax receipts, Zucman can compare the statutory tax rate with what actually gets paid. The nominal corporate tax rate has been 35% since 1993, but the proportion of U.S. corporate profits actually collected by the IRS (the effective tax rate) has never reached even 30% in the years since that change and in 2013 stood around 16%.

U.S. corporate profits are increasingly out of the IRS's reach
Statutory and effective tax rates for corporate profits earned by U.S. residents, 1971–2013. A tax reform effort in 1986 briefly succeeded in raising the effective tax rate by lowering rates and broadening the tax base, but the effective rate has fallen in recent years. The author calculates that about two-thirds of the decrease between 1998 and 2013 is attributable to tax avoidance strategies involving low-tax countries.
Source: calculations by Zucman (2014) based on data from the National Income and Product Accounts

This discrepancy can’t be blamed entirely on offshore tax havens – some is attributable to other tax breaks like deductions for manufacturing income or writeoffs for capital losses during the Great Recession – but Zucman estimates that offshore tax schemes are responsible for about two-thirds of the decline in the effective tax rate since 1998, representing a loss of over $100 billion for the U.S. treasury in 2013.

What can be done to shut down offshore tax havens? Zucman points out there is no shortage of proposals for reforming the corporate tax system by abandoning the old principles set out by the League of Nations nearly a century ago. Some have advocated a push to make tax treaties between countries more consistent and leave less room for corporations to slip through the cracks. Others have proposed a different taxation scheme that divvies up a corporation’s tax bill across countries based on its local sales or the location of its employees -- Google wouldn’t be able to claim profits in Bermuda without actually having a substantial presence there.

Zucman closes with a reminder of the stakes for reforming the international corporate tax system and the shadowy tax havens that allow corporations to avoid taxes. After all, many of the same tricks that allow major corporations to shelter profits in offshore shell companies allow criminal enterprises to launder money or funnel support to terrorist organizations. The Panama Papers leak is a rare opportunity for policymakers to shine a light on this growing problem and reform a creaky global corporate tax system that is showing its age. ⧫

“Taxing across Borders: Tracking Personal Wealth and Corporate Profits” appears in the Fall 2014 issue of the Journal of Economic Perspectives.