How to cure a debt hangover 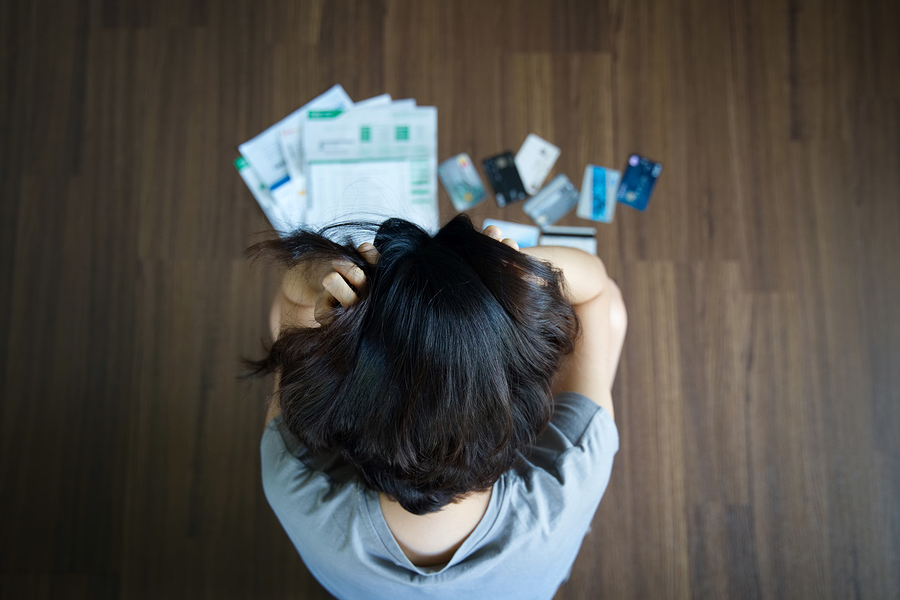 US credit card debt hit an all-time high early this year: nearly a trillion dollars. Unfortunately, not all of those borrowers will be able to repay, especially as the current economic crisis unfolds.

There will be thousands of people that will miss their payments and eventually default.

However, there are ways to relieve these financially distressed borrowers, according to a paper in the April issue of the American Economic Review.

Authors Will Dobbie and Jae Song found that lowering minimum payments on credit card debt didn’t make much difference, but lowering the total amount owed did.

While the authors’ work only looks at credit cards, it could have important implications for how to relieve students, homeowners, and other groups with significant amounts of debt overhang.

“This is a way to help people who are temporarily in need,” Dobbie told the AEA in an interview.  “We want to understand what are the types of programs that really help them get back to where they want to be financially.”

Past due
The chart below shows delinquency rates—at least 90 days late—for several categories of debt. By the end of 2019, $669 billion of debt was delinquent. 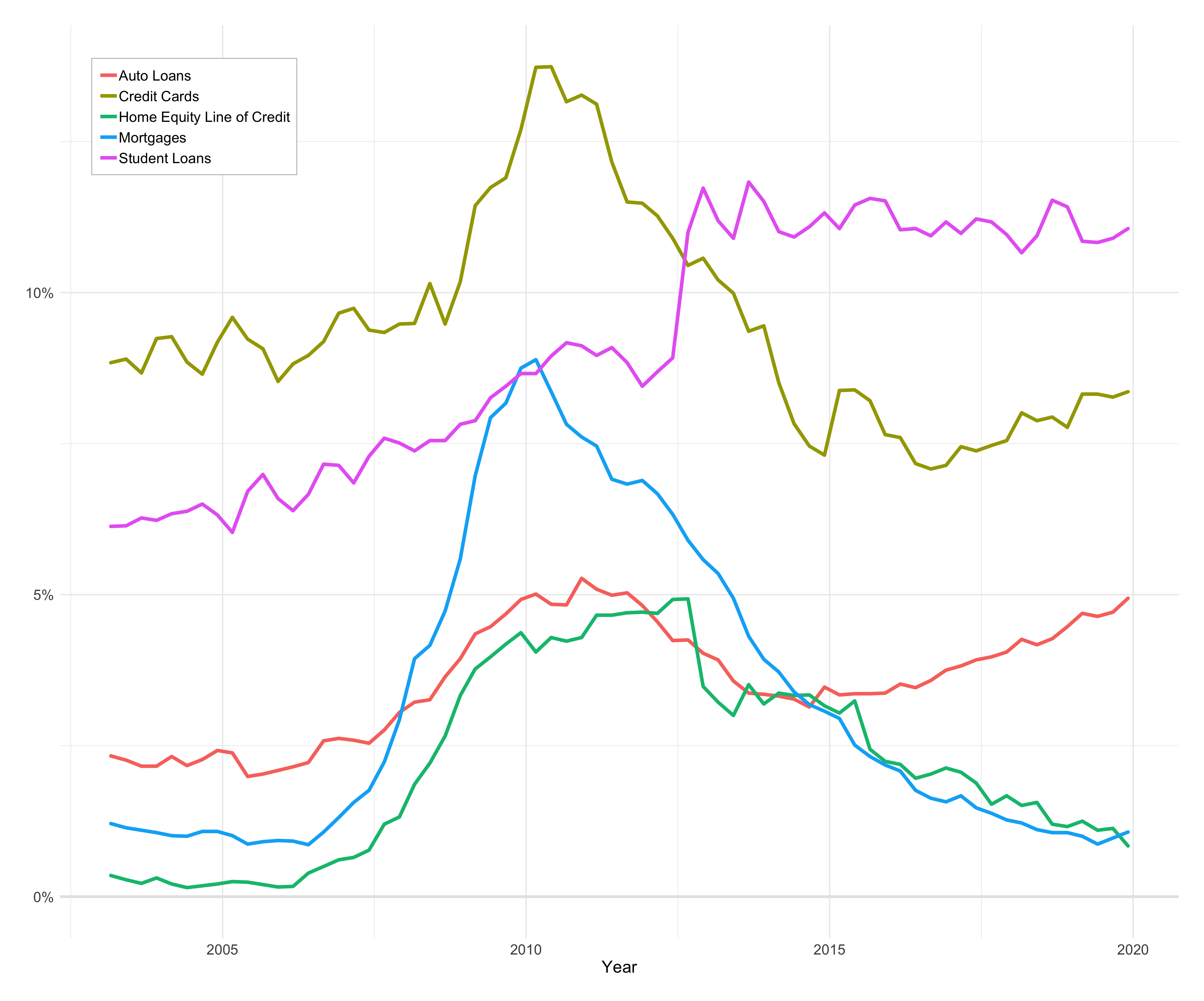 Economists have long thought that distressed borrowers can’t repay their debts, for the most part, because of so-called liquidity constraints. Liquidity-constrained households can’t pay their immediate bills but would be able to if given more time or flexibility.

On the other hand, sometimes people just borrow too much. No matter how much payment schedules are adjusted, some debtors won’t be able to fully repay their loans. These borrowers often need interest write-downs that lower the total amount of debt owed.

Previous research hasn’t been able to determine the relative importance of these two reasons for repayment difficulties. The researchers were the first to do so by examining a large-scale field experiment run by a credit counseling agency.

The agency negotiates with credit card companies to make a repayment plan that distressed borrowers can keep up with. They reduce the average borrower’s monthly payments by about 10 to 15 percent and reduce the total cost of repayment by about 20 to 40 percent.

Between 2005 and 2006, the agency randomly offered some participants an even more generous plan and gave the standard plan to a control group. Though in order to untangle the two forms of debt relief—minimum payment reductions and interest write-downs—the authors also had to match the experimental data to detailed bankruptcy, credit, and tax records on borrowers.

We shouldn't be treating debt relief as a failure. We should ask if there are programs to help make people whole again.

The authors found that this was because it inadvertently lengthened the time that participants stayed in the program, about four months. And the longer that borrowers had outstanding debt, the more likely they were to default because of job loss or other adversities.

Almost all the benefits from the program came from interest write-downs—even though they did nothing to help borrowers pay their immediate credit card bills. For this tool, the debt relief didn’t kick in until the end of the payment schedule, after the first three to five years.

Write-downs even boosted the probability that participants were employed.

On the whole, the program was most likely a wash for lenders. While borrowers were more likely to pay, instead of filing for bankruptcy, credit card companies had to write down an equivalent amount of debt.

However, Dobbie said that if creditors can get better at targeting those who are most likely to repay only when they have help, then debt relief could become a win-win for lenders and borrowers.

“We shouldn't be treating debt relief as a failure. We should ask if there are programs to help make people whole again,” Dobbie said. “Our results suggest that we should write down interest payments as much as is feasible.”

“Targeted Debt Relief and the Origins of Financial Distress: Experimental Evidence from Distressed Credit Card Borrowers” appears in the April issue of the American Economic Review.