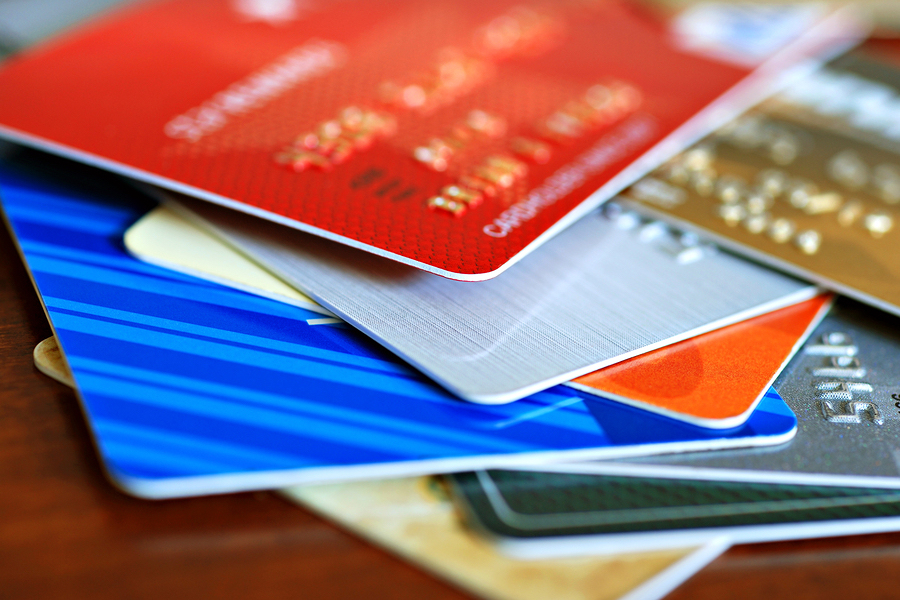 Debt pervades modern economies. Eighty percent of Americans owe some kind of debt, whether in auto loans, student loans, mortgages or unpaid credit cards. Households in the UK are more indebted than they’ve ever been.

And with interest rates rebounding from historic lows, the bill for all this debt may only get bigger.

It’s surprising then that borrowers are actually making it harder on themselves by not paying back some of their most expensive debt as soon as they can, according to a paper in the March issue of the American Economic Review.

Authors John Gathergood, Neale Mahoney, Neil Stewart, and Jörg Weber showed that many borrowers in the UK could have saved hundreds of pounds a year in credit card payments with better financial planning.

Most financial choices are so complicated that economists hesitate to call the decisions they see in their data “suboptimal,” Mahoney said in an interview with the AEA. What might look like bad financial planning could be the result of factors missing from their datasets, such as how much risk borrowers are willing to tolerate.

This made payments across credit cards an ideal setting for the authors to study how financially savvy borrowers actually are. In this context, paying off the card with the highest interest rate, after making minimum payments on all of their cards, is unambiguously the optimal choice for borrowers.

Their data included credit card contract terms, monthly statements, and repayments for over a million individuals in the UK. And unlike previous studies, this dataset allowed the researchers to link together multiple credit cards held by the same individual.

They calculated that, after paying minimums, 85 percent of borrowers with two cards should have put 100 percent of their payments toward their highest-interest-rate card. But only one in ten borrowers actually did this.

Instead, the average borrower split payments equally between their cards.

The difference between the optimal repayment plan and the payments the authors observed was quite large. Borrowers with two cards could have saved 65 pounds a year on average. If they had five cards, they could have saved nearly 250 pounds.

“Even when you look at people with the largest stakes, the degree of non-optimization is the same as people with low stakes,” Mahoney said.

Some borrowers were losing out on as much as 1,000 pounds a year because they were splitting payments equally across their cards—with interest rates differing as much as 15 percentage points between cards. 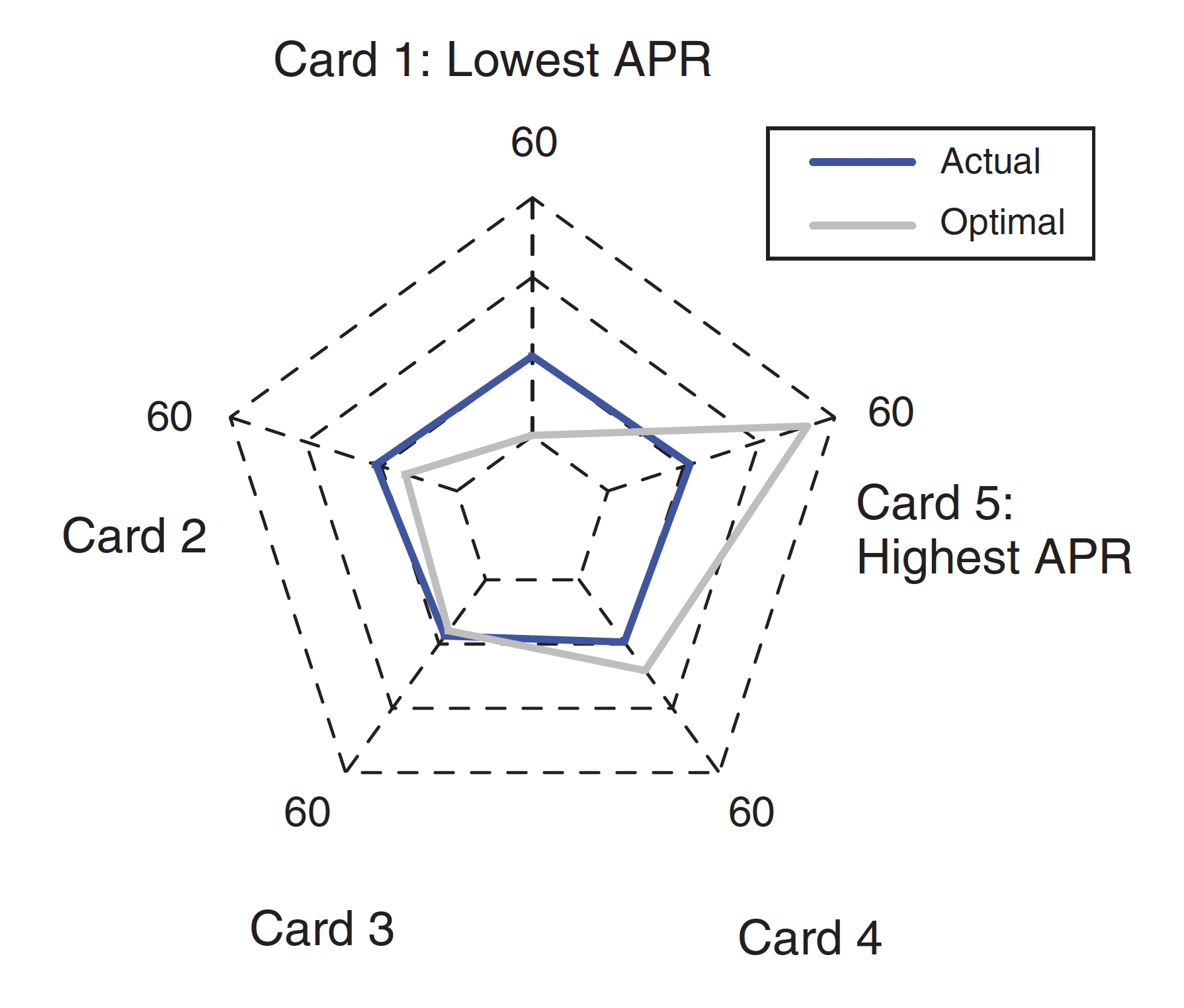 The researchers argued that borrowers may be falling into a pattern of behavior called the “matching law.”

But even highlighting interest rates on credit card statements may only address a small instance of a much wider problem.

The authors’ results surely underestimate the amount borrowers are losing from poor financial planning. Their research excludes some of the largest and most complicated forms of debt, such as mortgages and auto loans.

"How Do Individuals Repay Their Debt? The Balance-Matching Heuristic" appears in the March issue of the American Economic Review.