What can economics and social neuroscience learn from one another? 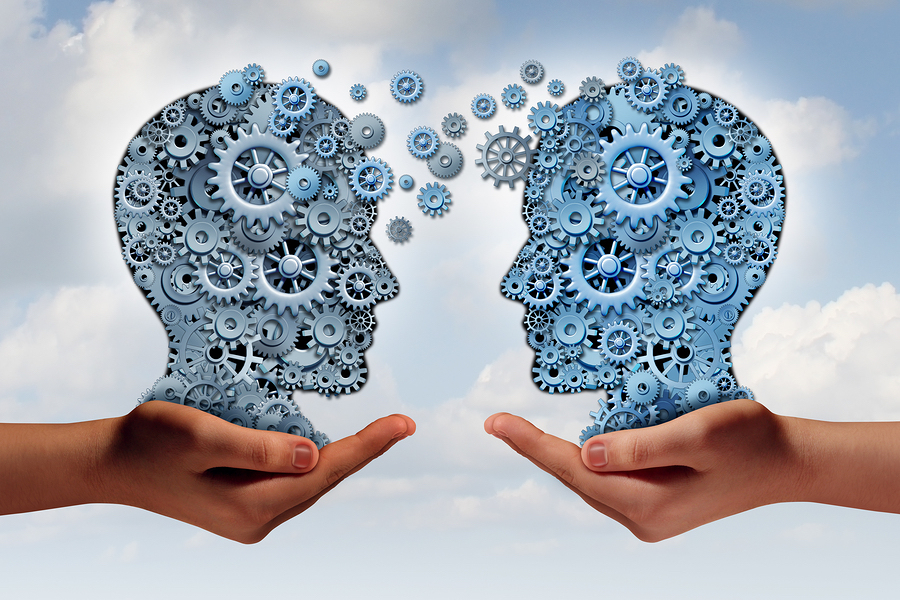 Like behavioral economics, neuroeconomics is increasing our understanding of human behavior in more nuanced ways.

People make decisions based on more than self-interest.

It’s an obvious statement today, but this idea was not always a major part of economics. However, over the past few decades, game theorists and behavioral economists have designed experiments to better understand motivation, reactions to incentives, and the decision-making process. Although there is still work to be done, economists now have a deeper understanding of human behavior than ever before.

At the same time, social neuroscientists have been studying the exact same things — just with a different approach. For example, social neuroscientists have found that the brain pathways and processes used in social and individual decision-making are essentially the same; the ways in which people evaluate the welfare of others overlap with how they consider their own interests.

The two fields work in parallel. They are studying the same questions about decision-making, and they often come to the same conclusions. And yet, economists and social neuroscientists rarely collaborate.

A paper in the March issue of the Journal of Economic Literature makes the case for more interdisciplinary work. These fields have a lot to learn from one another, says author Carlos Alós-Ferrer. Sharing tools, methodologies, and insights can strengthen both disciplines. After all, they are fundamentally connected. “When we study society, whether or not we want to, we are studying the brain,” Alós-Ferrer said in an interview with the AEA.

When we study society, whether or not we want to, we are studying the brain.

This bidirectionality between society and the brain is well-documented. Our thinking shapes society, and society shapes our brains. Our environments even influence the development of our neural connections, chemical reactions, and brain pathways. The focus on these social factors differentiates social neuroscience from the rest of neuroscience and psychology. It is also what makes social neuroscience especially relevant to economics.

These conceptual links are important, and they can give economists a new context for their work. But perhaps more importantly, their policy consequences bring up other reasons to link the two disciplines. Because many of our behaviors, such as habits, do not take place at the conscious level, not all of our current economic tools will be able to address them. For example, incentives may be an ineffective way to address addiction or even to fight bad habits. Using the insight of social neuroscience, economists can expand their policy toolkit and better address these challenges. 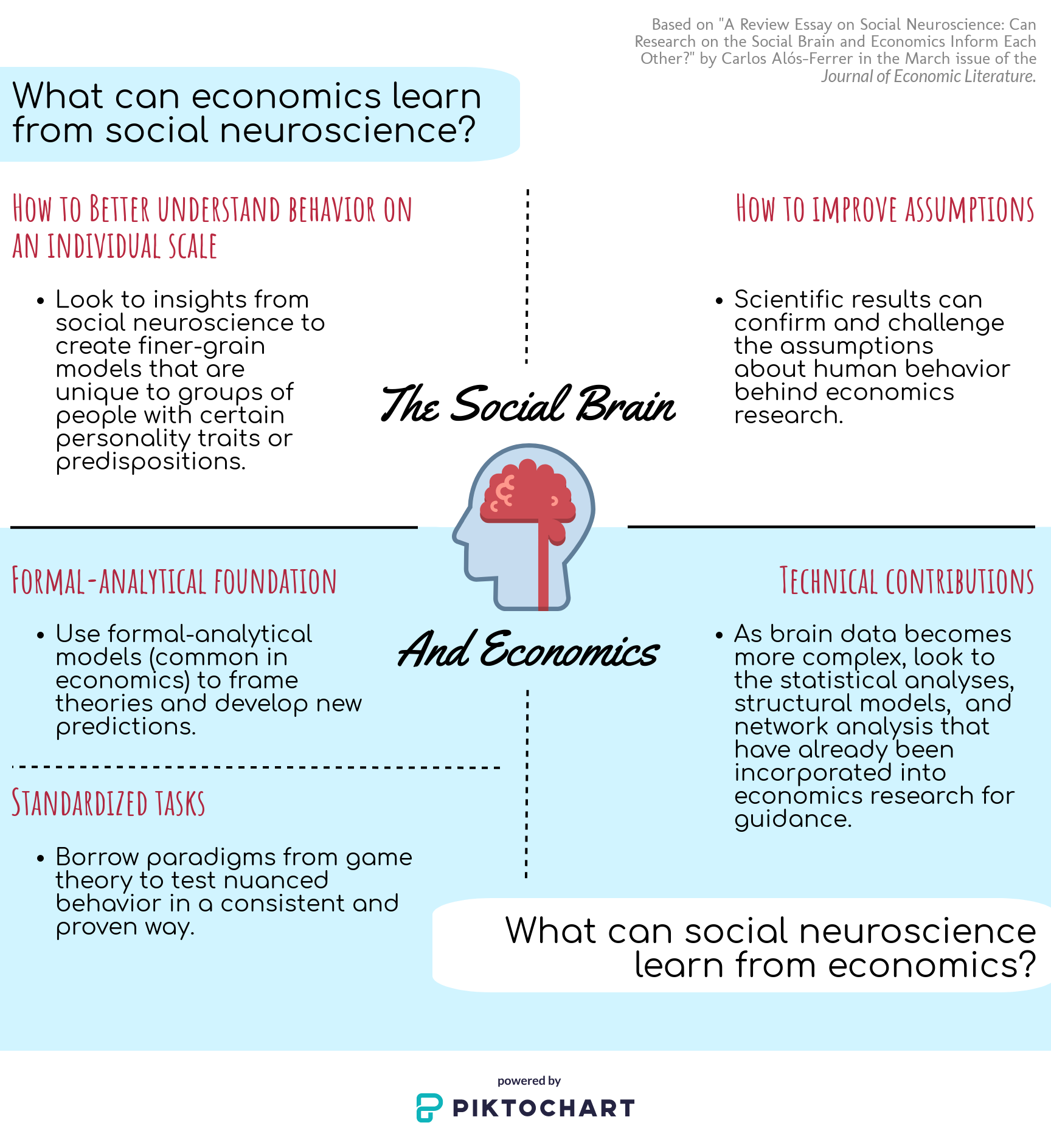 Economists can also work with social neuroscientists to make their models more robust. On a large scale, they can use generalizable knowledge from social neuroscience to ensure that their assumptions are realistic. On a more individual scale, they can create finer-grain models that are unique to people with certain personality traits or predispositions. Social neuroscience can contribute to both scales because many fundamental processes (like reinforcement learning) are similar in all humans, but for individual decision-making, “A human being is his or her brain, so of course brains are just as different as human beings are,” says Alós-Ferrer.

These are only a few of the connections between the fields, and further opportunities for collaboration are promising. Neuroscience and economics have already begun to merge into neuroeconomics, and adding a social dimension to this research will strengthen this growing field.

Integrating psychology and economics has led to some of today’s most important insights into human behavior. Now, social neuroscience and economics have a similar chance to learn from one another. If they do, their shared field is sure to benefit both disciplines and help us to better understand our economic and neuroscientific worlds.

"A Review Essay on Social Neuroscience: Can Research on the Social Brain and Economics Inform Each Other?" appears in the March issue of the Journal of Economic Literature.