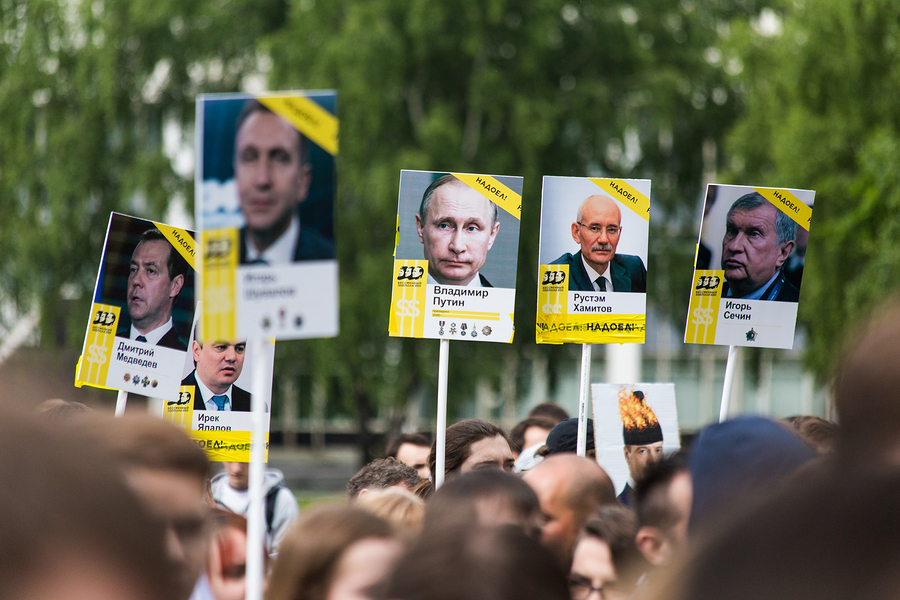 A protest against Russian corruption in June 2017 that was organized by Alexey Navalny.

“News is what someone wants suppressed. Everything else is advertising.”

Last year, The Washington Post adopted a slogan to appear beneath its online masthead: “Democracy Dies in Darkness.”

It was a first for the 140-year-old newspaper. Post editors behind the decision said they wanted to remind readers of the vital need for journalism to hold powerful institutions accountable.

“It’s about the dangers of secrecy in government, which is what I worry about most,” said legendary investigative reporter and Post associate editor Bob Woodward at the time.

Woodward’s concerns were for American democracy, but what about places where there is even less governmental transparency, like Russia, where state-controlled media serve as a propaganda arm of the Kremlin and rarely challenge official storylines?

[T]his part about bloggers that expose corruption because they cannot speak about this in traditional media is more relevant for countries that have a low level of media freedom.

A paper in the January issue of American Economic Journal: Applied Economics considers whether social media could hold institutional corruption in check when mainstream media is unable — or unwilling — to do so. Could bloggers perform the role that state-owned media does not, and if so, how big of an impact could they have?

“I think it becomes relevant for almost all countries,” said co-author Ruben Enikolopov, associate professor at the Universitat Pompeu Fabra, in a Skype interview. “But this part about bloggers that expose corruption because they cannot speak about this in traditional media is more relevant for countries that have a low level of media freedom.”

Economists have sought to measure the influence that mass media can have on individual beliefs and behavior, as well as on electoral politics and institutional accountability. More recently, however, questions have emerged about the impact of digital platforms like Facebook and Twitter, particularly in less-democratic countries where mainstream media institutions are controlled by the state.

Enikolopov and co-authors Maria Petrova and Konstantin Sonin wanted to document the real-world effects that social media could have on keeping corruption in check. They also identify some of the mechanisms through which such platforms could affect accountability. 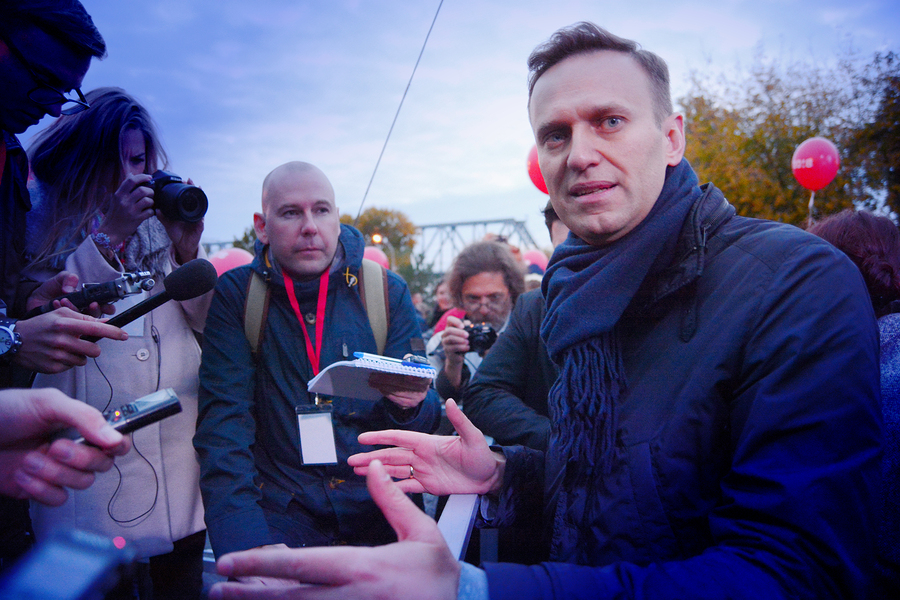 The chairman of the "Party of progress," Alexey Navalny, speaks at a rally in Russia in October 2017.  Credit: Andrys Lukowski/Bigstock

They focused on an influential blogger, Alexey Navalny, whose activism and reporting on corporate corruption since 2008 attracted a small army of faithful supporters. He has since become a vocal critic of president Vladimir Putin and even sought to run to challenge him in March's election.

But it’s not easy to make a causal connection about the impact that social media can have on corruption. Blogs can report on actual events but they also comment on traditional reporting that may also influence those in power.

So, the researchers looked at the precise timing of Navalny’s posts to trace their effect on the stock performance of companies with political connections to the Russian government. They then looked only at posts that reported on original information, Navalny’s “scoops” that weren’t being reported anywhere else in the mainstream media.

Indeed, his writing had an impact. The stock returns of companies that Navalny targeted dropped within three hours after he posted, amounting to a daily effect of 0.33 percentage points. There were larger impacts from particularly focused posts where he mentions a single company at least five times, with the stock price dropping up to 1.26 percentage points. The effects were comparable to the average effect of quarterly earnings reports for those companies.

“You do see clearly that the impact is there,” Enikolopov said.

Even more, Navalny’s posts were correlated with larger changes in corporate management, suggesting that his influence extended beyond short term changes in a company’s stock price. Enikolopov stopped short of saying the blogger caused those changes, but said there seems to be a strong enough link there to suggest it.

Power to the People
Social media can be a powerful tool for disseminating information and organizing people, particularly in less democratic nations where traditional media is under state control. The figure below shows that countries with greater social media penetration have less corruption, controlling for the level of economic development. Social media penetration is from Comscore 2011 and corruption is from Transparency International. The index is transformed so that higher values mean higher corruption.
Source: Enikolopov, et al. (2018)

Whether a single blogger like Navalny can have a similar impact on corrupt political institutions is less likely. As a tool for organizing protests, however, social media can be effective in holding leaders accountable, Enikolopov said, citing Italy’s Five Star Movement.

There is a dark side to social media’s influence, as evidenced by reports about Russian hackers using it as a tool to disrupt the U.S. election. Currently, Enikolopov is researching social media’s relationship to hate crime. The evidence suggests that the more people use social media, the more hate crimes occur, he said. The question is whether it is simply removing social stigmas for people to espouse their latent racist beliefs, or causing people to actually become more racist.

“There’s clearly a dark side,” he said. “Social media is very important and it does change behavior offline.”

“Social Media and Corruption” appears in the January issue of the American Economic Journal: Applied Economics.

The power of Papal persuasion

How much did Pope John Paul II influence the beliefs and actions of Catholics?