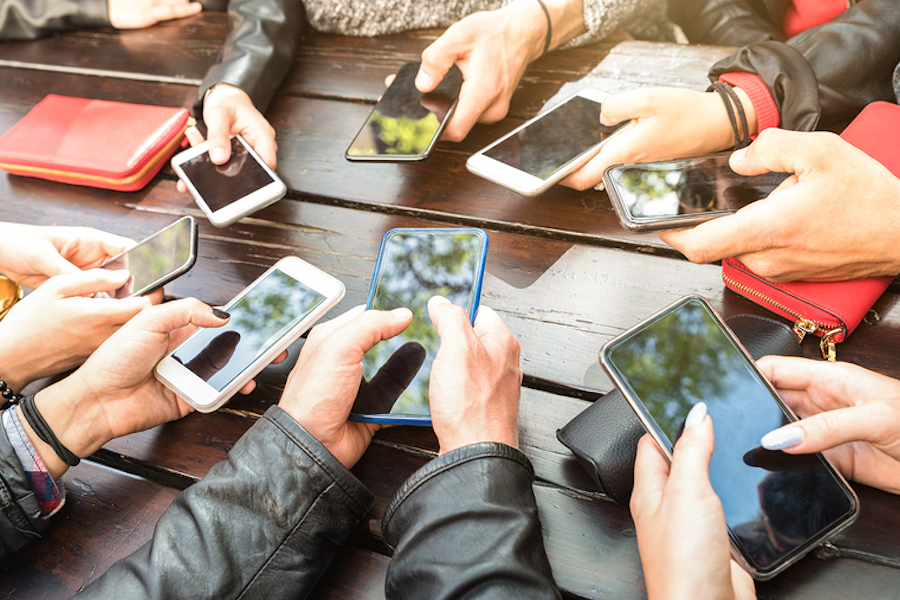 Eight in 10 homes in America have one, and a third of households have at least three.

But when it comes to the variety of devices available, smartphone companies may not be offering enough.

The $400 billion industry is dominated by a few major cell phone manufacturers, and this results in less choice for consumers, according to a paper in the American Economic Journal: Microeconomics. Also, corporate mergers would make matters even worse.

University of Michigan professor Ying Fan has long been interested in how competition affects companies’ decisions about the products they offer, and has previously analyzed the US newspaper market.

Fan said the growing importance of smartphones in American life and consumer welfare implications from competition within the industry made it interesting to study.

In this industry, product variety matters for consumer welfare.

“In this industry, product variety matters for consumer welfare,” she said in an email to the AEA. “Different consumers have different tastes for smartphones.”

While her newspaper research focused on product quality, her latest paper with co-author Chenyu Yang takes it a step further by adding product variety to the mix.

Fan and Yang developed a model that factored in the response of consumer demand to a company’s product and pricing decisions. Then, using smartphone market data between January 2009 and March 2013, they ran simulations in which they removed and added products and measured the impacts on consumers and phone companies.

Phone types were categorized in a quality index based on battery life, camera resolution, screen size, weight, and chip generation.

Lacking options
When a smartphone is retired without a new option to replace it, carriers and consumers suffer. The authors ran simulations in which a phone of varying quality—poor, median, and high—was dropped from the market. The chart below shows the impacts on welfare for consumers, carriers, and smartphone makers for the month of March 2013, the last month of their dataset.
Source: author data

Regardless of quality, removing a phone from the market was bad for both consumers and cell phone carriers, such as Sprint or Verizon Wireless. Consumer surplus (the total amount they actually paid versus what they were willing to pay) decreased in March 2013 by $1.1 million for the lowest quality phones, $3.29 million for middle of the road phones, and $13.08 million for the high-end phones.

Smartphone carriers took a hit as well. Their total profits fell $1.01 million when a low quality phone was removed, $1.48 million for the medium quality, and $11.18 million for high quality.

When a product is added, the opposite happens: smartphone carrier profits increase and consumers are better off.

Mergers also had a negative effect. The authors modeled several different scenarios, like a merger of phone maker Samsung and LG, and found that the combined company dropped three phones on average.

The findings overall are similar to the results in Fan’s paper about the newspaper industry. Together, they offer policy makers insights into the potential effects from companies adjusting their product portfolios after a merger.

“[M]erger policies may have to be tougher when we take into account firms’ post-merger adjustments in product portfolios,” Fan said, “whether such adjustments only concern the characteristics of a fixed set of products or also involve changes in the number of products.”

“Competition, Product Proliferation, and Welfare: A Study of the US Smartphone Market” appears in the May issue of the American Economic Journal: Microeconomics.

How much do copyrights affect readers?