How much do copyrights affect readers? 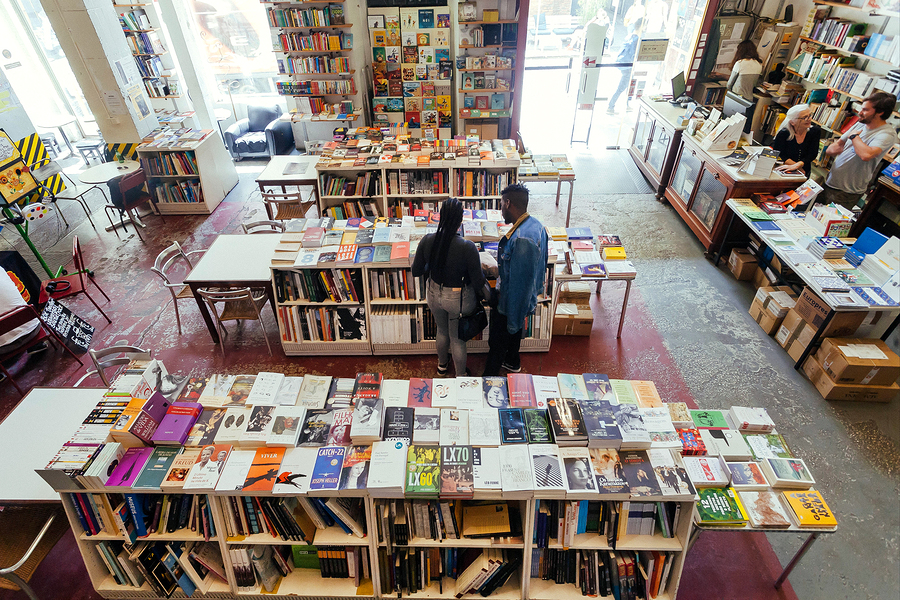 It took two decades, but on January 1 of this year, an annual stream of copyrighted books started entering the public domain. Works from Virginia Woolf, Robert Frost, Winston Churchill, and many others from 1923 are now available for anyone to publish or build upon for free.

This flood of new public domain material should be a boon to almost everyone, according to a paper in the American Economic Journal: Microeconomics.

The standard argument for copyrights is that authors write more books readers want when they have a stronger financial incentive to do so. But critics point out that royalties in the distant future are usually too small to matter. And when books are in the public domain, many other writers have total freedom to use them in creative ways—like Seth Grahame-Smith did with Pride and Prejudice and Zombies.

There’s definitely something to be gained from not having a ninety-year-long copyright.

The history of copyright law is one of regular pushes for extensions. A hundred years ago, the longest book copyrights in the US lasted 50 years or so. Now they last a lifetime.

The most recent change occurred in the late ‘90s, when many copyrights were extended from 75 years to 95 years. Given that most authors have passed away by the time even a 75-year copyright expires, many advocating against any extension were left scratching their heads when the 1998 Sonny Bono Copyright Term Extension Act was signed into law.

Companies like Disney lobbied for longer copyrights to protect some of America’s most iconic fictional characters. (The 1998 extension was dubbed the Mickey Mouse Protection Act by some.) And Reimers’ research did find that copyright holders of blockbuster titles, like All Quiet on the Western Front, benefit more from a long copyright than readers benefit from it being in the public domain.

The new law kept copyrighted works originally published in 1923 or later out of the public domain for an additional 20 years—from 1998 to 2018.

Reimers used this break to compare the prices and variety of books published before and after 1923. She analyzed recent sales and editions of the annual ten bestselling fiction titles from 1910 to 1936 using data from the Bowker Books-in-Print directory, Amazon, and Project Gutenberg.

Reimers found a clear impact from the copyright extension. Titles originally published after 1923 had 26 fewer editions in 2013 than similar titles in the public domain. This was mostly driven by new paperback editions, but there were many more hardcover and ebook versions as well.

Book variety is the spice of life
The chart below shows the relationship between a title’s creative quality—measured by library checkouts and literary recognitions—and the number of editions for both copyright regimes. The differences in availability are most pronounced for the highest quality works. 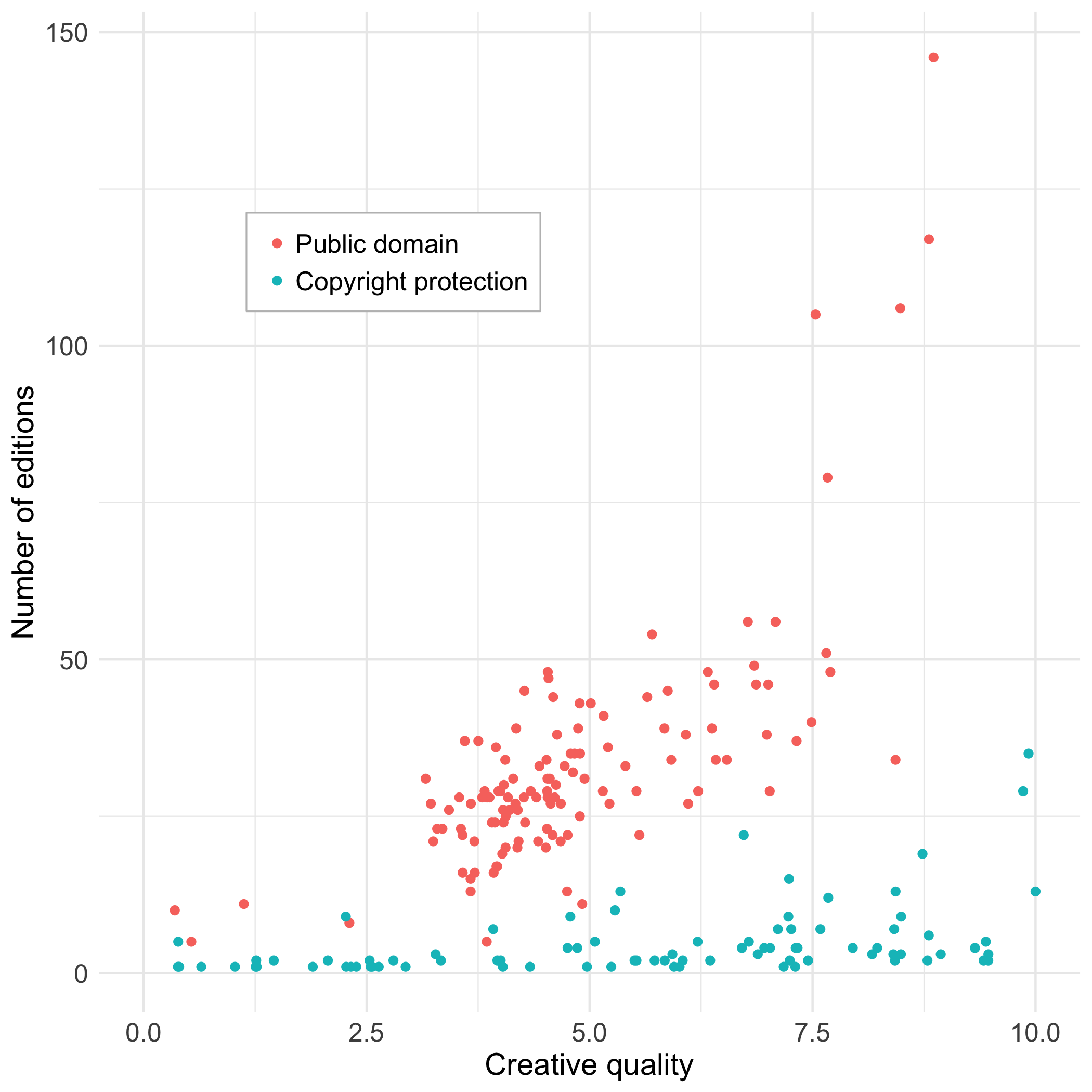 What’s more, prices for books without copyright were roughly 27 percent cheaper on average.

Overall, a more relaxed copyright regime would provide more variety and lower prices. And Reimers estimates that it could translate into big gains for consumers. Readers would benefit by a couple million dollars a year if the copyright term were decreased by a single year.

Most of the benefits would come from making so-called orphan works available again. These books are now so forgotten that no one knows who holds their copyright, leaving them out-of-print and so benefiting no one.

“There’s definitely something to be gained from not having a ninety-year-long copyright,” Reimers said.

Copyrights cover more than just books. Movies, music, and more are protected by the same law, and Reimers’ research suggests that the benefits of shorter copyrights for these works could be just as big.

“Copyright and Generic Entry in Book Publishing” appears in the August issue of the American Economic Journal: Microeconomics.