Would a nickel tax on disposable bags be enough to change behavior? 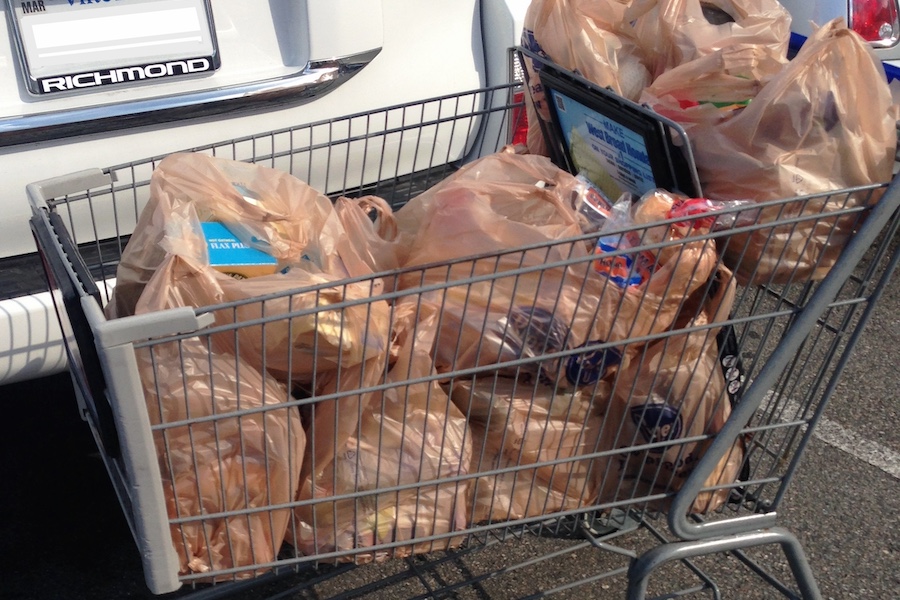 New research suggests that even a small 5-cent tax on using disposable bags is enough to shift shoppers' behavior.

Tatiana Homonoff was visiting a friend in Washington, D.C., when she noticed that everybody seemed to carry a reusable shopping bag.

When Homonoff remarked on it, her friend explained that the city had recently implemented a 5-cent tax on disposable bag use. Some supermarkets paid shoppers a nickel if they brought their own reusable bag, but nobody really responded — including her friend — until they knew it would cost them something.

“It wasn’t until the tax was passed that she began bringing her own bags,” said Homonoff, a professor at NYU, said in an interview with the AEA. “I thought, there’s a paper here.”

The paper inspired by that conversation was just published in the November issue of the American Economic Journal: Economic Policy. In it, Homonoff examines the extent to which small incentives —  in this case, a nickel tax on disposable plastic bags — can change how people behave, and whether penalties for bad behavior are more effective than rewards for good behavior.

The paper highlights how relatively tiny monetary incentives can have significant impacts on consumer behavior, and the importance of how those financial incentives are designed.

It wasn’t until the tax was passed that she began bringing her own bags. I thought, there's a paper here.

Americans use 380 billion plastic bags a year, only a fraction of which get recycled. There have been many attempts to shift consumers toward reusable bags, including stores that rewarded shoppers with a 5-cent credit for every reusable bag they brought to carry out items.

It was unclear whether these “bonuses” were as effective as D.C.’s 5-cent bag tax. Would shoppers be as likely to bring tote bags if they knew they’d be gaining money versus losing it?

In theory, it shouldn’t matter. Both provide a five-cent incentive to bring a reusable bag. But in reality, that’s not how humans behave.

Research by Daniel Kahneman, Amos Tversky, and other behavioral economists have shown that individuals are more sensitive to losses than gains. But much of that work has focused on large rewards — like pay-for-performance bonuses worth thousands of dollars. Homonoff wondered whether the same would be true for these bag policies, especially since the incentives were so small.

“That was an open question,” she said. “Does it look like what we’re seeing for these very large incentives... hold up for just five cents?”

After Homonoff’s trip to Washington, Maryland’s Montgomery County established its own bag tax, opening an opportunity for Homonoff to study the policy’s effects. She spent several weeks hanging out in grocery stores to collect data. Her dataset included more than 16,200 individual customers from around the Washington Metro area, including the Maryland suburbs where the tax was implemented and Virginia where no tax was in place.

She then examined how bag use changed in the years before and after Maryland’s bag tax, which went into effect in 2012. Would it have a bigger impact than the nickel bonus offered by stores when there wasn’t a tax in place?

Reduce, re-use
In 2012, Montgomery County in Maryland instituted a 5-cent tax on disposable bag use. Consumers responded immediately by bringing their own reusable shopping bags. The policy was similar to one Washington, D.C., had in effect since 2010. Meanwhile, nearby Alexandria County in Virginia had no bag tax.
Source: author data

Meanwhile, the bonus had virtually no impact. Customers shopping in stores that offered the 5-cent reward were almost as likely to use disposable bags (82 percent) as in stores that had no financial incentive (84 percent).

Just like with larger incentives, consumers felt the pain of a monetary “loss” more than they would the “gain” of a 5-cent bonus per bag.

Why such a large effect from a small incentive?

It likely has something to do with the fact that consumers didn’t have to pay for bags before, Homonoff said.

“If this was something I used to get for free and now I have to pay for it, that loss might feel particularly painful,” she said, “As opposed to, for example, a tax on soda. If a can of soda was $1 and now I pay $1.05 (that doesn’t hurt as much).”

The paper’s applications extend beyond disposable bag use. It suggests that other tax-credit initiatives, like the Energy Star program, might be better off if they were framed as penalties. Rather than offer people a reward for buying energy-efficient appliances, it might be better to penalize them with a tax for NOT buying Energy Star rated products.

“My research would say that the same financial incentive could be framed differently and could be framed much more effectively if it were a loss,” she said, adding that it’s about getting the “most behavioral bang for your buck out of an incentive that you can.”

Can Small Incentives Have Large Effects? The Impact of Taxes versus Bonuses on Disposable Bag Use appears in the November issue of the American Economic Journal: Economic Policy.