Should we use subsidies to correct inattentive consumers?

The case of high-efficiency light bulbs 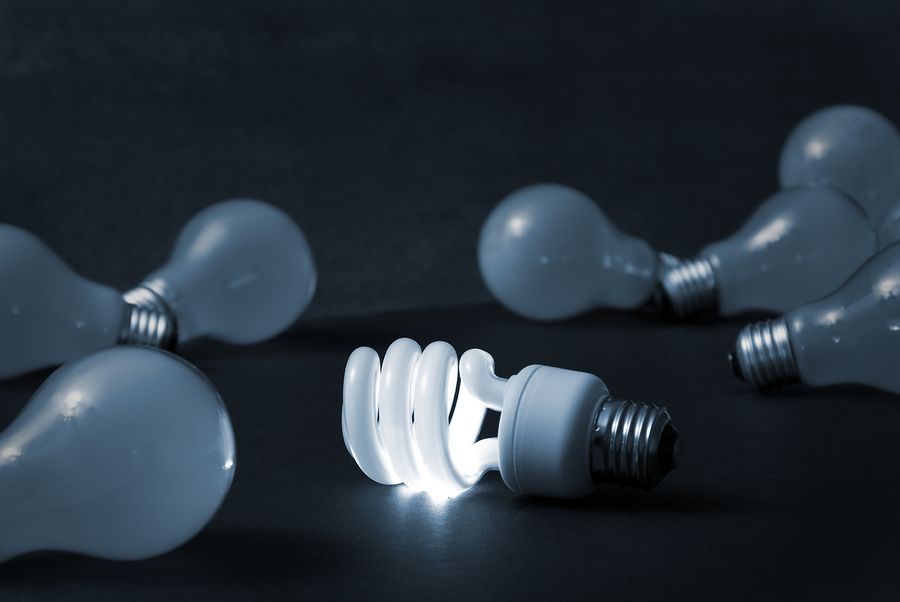 Can consumers be trusted to make their own decisions about light bulbs? Adoption of new high-efficiency compact fluorescent light bulbs (CFLs) has been slow in the U.S. despite an annual energy savings that outstrips the cost of most bulbs. One estimate, based on Department of Energy data, showed that Americans spent an extra $15 billion in 2010 powering incadescent bulbs in CFL-compatible sockets.

If this is simply a result of consumers being unaware or inattentive – and if they would flock to CFLs if they understand the true benefits – then this may call for a policy response. But there are other reasons consumers might prefer incandescent bulbs, and perhaps the slow takeup of CFLs has little or nothing to do with inattention. An article appearing in the August issue of the American Economic Review uses experimental evidence to probe this question.

In Evaluating Behaviorally Motivated Policy: Experimental Evidence from the Lightbulb Market (PDF), authors Hunt Allcott and Dmitry Taubinsky argue that some very specific empirical evidence is needed to determine whether subsidies to address consumer inattention are appropriate. They set out to answer two related questions: how much do consumer attitudes change when they are given information about CFLs, and which types of customers are most apt to change?

The change in willingness to pay for CFLs after receiving relevant information is called the "attentional bias" – the amount that a person's preferences deviate from her preferences under full information. A person who values a CFL bulb at $1 before learning about the energy-saving potential of CFLs and who values it at $6 afterward has an attentional bias of $5.

If consumers are well informed, they have little or no attentional bias by definition. Their biases are also small if they do not care about the new information they learn. If they aren't particularly worried about saving money on future electric bills, for example, then informing them about future savings won't change their light bulb preferences.

An aggressive education campaign is one policy response to an inattentive consumer base, but it is probably too difficult or costly to give consumers a three-minute lesson in the costs and benefits of CFLs every time they are deciding what lightbulbs to purchase. An alternative approach would be to offer everyone a subsidy on CFL bulbs equal to their specific attentional bias – effectively equivalent to an information campaign in terms of its effect on purchase behavior. This is even more impractical because we don't know each person's bias beforehand and wouldn't be able to figure out how to target the subsidy.

Instead, policymakers have a much more blunt instrument at their disposal: they can offer everyone the same subsidy. This is not as efficient because some people might not end up purchasing the same bulb as they would if they had full information (which is the ultimate goal). A subsidy may even be harmful on net if people with little or no attentional bias are induced to buy CFLs. This could arise if the people with the largest attentional biases are dead set against CFLs or if they are already willing to buy CFLs in their uninformed state. To evaluate this policy proposal, we need not only to measure attentional bias but also to see how it is distributed across the population.

Info about CFL bulbs increases demand, for some
Respondents were asked how much more they were willing to pay for one CFL bulb than four incadsecent bulbs, both before and after an informational disclosure. Consumers were generally willing to pay more for CFLs after viewing the information, but the effect was stronger for those who were less interested in CFLs at the outset.
Note: Any respondents with WTP greater than $9 were coded as having a WTP of $10.
Source: Data from online experiment described in Allcott and Taubinsky (2015)

The authors design an online experiment to figure out which types of consumers have the worst attentional bias. Respondents were asked to make a series of purchase decisions about how much they would pay for one CFL bulb versus four incandescent bulbs. They were then shown a screen with information on the relevant differences between CFLs and incandescents. A control group answered the same questions but was shown a different screen that was not relevant to the choice between CFLs and incandescents. Afterwards, each set of respondents answered the purchase questions again.

The within-subject design allows the researchers to compare a single person's preferences before and after the informational treatment, rather than the preferences of two separate groups. This is crucial to identify the effect of information at the individual level. The figure above plots the willingness to pay (WTP) for each respondent before the informational disclosure to his or her WTP after the disclosure (most of the responses lie above the diagonal, implying an increase in WTP for CFLs).

The average attentional bias across all respondents was $2.30; on average, getting information about the differences between CFLs and incandescents made people willing to pay $2.30 more for CFLs per bulb. The authors emphasize that doesn't imply the optimal subsidy is necessarily equal to $2.30. That average includes people at both ends of the spectrum – CFL lovers and haters – who won't be affected by the subsidy either way. The relevant quantity is the attentional bias for people who just barely prefer incandescents to CFLs because those are the people that the subsidy will actually reach.

The losses from a ban are 65 percent larger than the gains from the optimal subsidy. Thus, while a ban improves welfare for some biased consumers, this is far outweighed by the losses to consumers who strongly prefer incandescents even after being informed of the CFL's benefits.

The $3 subsidy ended up not being much more than the average attentional bias of $2.30, but in principle these numbers could have diverged a lot more. The authors find that the typical utility subsidizes CFLs to the tune of about $1-2 per bulb. In a market where billions of bulbs are purchased in the U.S. every year, even a small change in subsidy levels can have a dramatic effect on total energy consumption.

The authors also note that the harm from a ban on incandescents would outweigh the benefits. While a ban would move most consumers in the right direction, the small slice of the population that greatly values incandescents would be harmed even more. Older-style incandescent bulbs are no longer available for sale in the U.S. (with several exceptions), but this experiment suggests that a subsidy might be a better approach.

More broadly, the analysis shows that calculating the right subsidy to address customer inattention requires policymakers to know a lot of specific information about the biases of the population and how those biases vary for different types of consumers. This does not necessarily rule out the usefulness of these types of interventions, but it is a cautionary note for policymakers who are increasingly embracing these types of behaviorally-motivated policies. ♦

"Evaluating Behaviorally Motivated Policy: Experimental Evidence from the Lightbulb Market" appears in the August 2015 issue of the American Economic Review.