This land is my land

Land rights were the key to economic development in 19th century Russia. 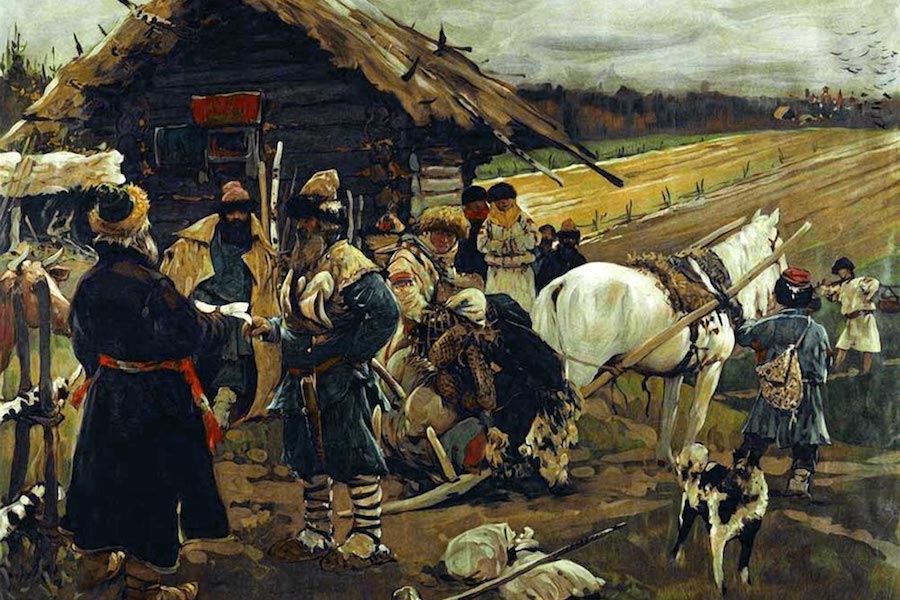 A 1908 painting of a peasant leaving his landlord on Yuri's Day.

When researchers Andrei Markevich and Ekaterina Zhuravskaya were getting their results a couple of years ago, some surprisingly relevant news came out.

“We read in the press that the Belorussian President was discussing with his advisors this idea of tying peasants to the land because he did not want to promote urbanization,” said Zhuravskaya in an interview with the AEA. The results of the researchers’ study suggested that this would not work: the 1861 abolition of serfdom made peasants more productive and healthier, bringing Russia into a new stage of rapid economic development.

Of course, these findings have implications far beyond Russian history. They speak to the power of incentives, why certain land reforms don’t work, and even how the legacy of serfdom can explain the economic divergence between Eastern and Western Europe.

When looking at oppressive regimes like serfdom, moral and human rights issues are understandably at the forefront of most conversations. But the productivity perspective is also important, and the resulting insights about economic development are critical to understanding how property rights over labor and land affect countries more broadly. And, even within Russia alone, emancipation affected all of the serfs in a massive empire; it would be difficult to minimize the significance of this event.

Incentives matter a great deal. If it mattered even under serfdom, we should never overlook it.

These results are published in the April issue of the American Economic Review. The authors painstakingly collected historical data on agricultural productivity, industrial output, and peasant health during the abolition of serfdom so that they could make a conclusive claim about its effects.

The abolition of serfdom happened in two stages. The first stage was emancipation, and it gave freedoms to all serfs. The peasants still had to pay their landlords fixed rent payments, but the landlords could no longer raise these obligations arbitrarily. So, the peasants could work harder and keep their surplus without fearing that the landlord would ask for more next year.

The second stage was a land reform, which took place during the twenty years after emancipation. The reform transferred land rights to peasant communes. Repartition communes redistributed the land among the peasants, whereas hereditary communes allowed peasants to have usage rights of specific land plots in perpetuity, which resulted in more certainty about land rights among peasants.

The abolition of serfdom boosted Russia’s GDP by 17.7 percent in the second half of the nineteenth century, with total value added increasing by 16 percent in agriculture and 37 percent in industry. 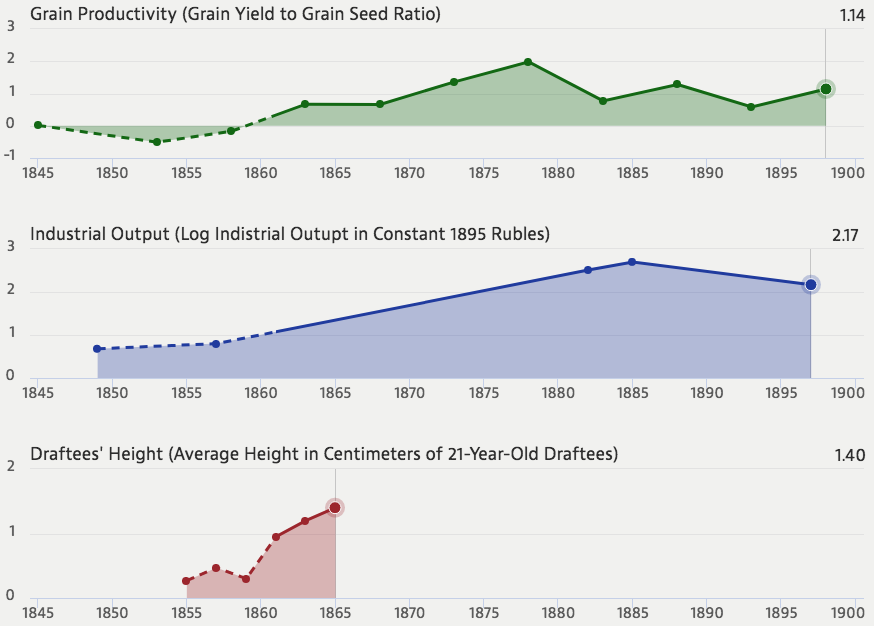 However, emancipation is responsible for this entire effect. The land reform actually undermined the benefits of emancipation, cancelling out almost half of its effect. Without the land reform, there would have been an additional 41 percent increase in grain productivity.

Emancipation was so effective because it took away serfs’ incentive to underwork. The former serfs did not have to worry that, if they showed how productive they could be, they would be pushed to produce even more — all of which would be confiscated anyway. This also explains why the impact was realized so quickly. In fact, three-quarters of the effect of emancipation was realized within the first decade after emancipation. Although serfdom had been entrenched in Russian society for centuries, the shift in incentives was immediate. So, peasants’ effort changed immediately, too.

The researchers also found evidence that peasants made better use of local conditions, knowledge, and technologies, such as growing more appropriate crops for their climate. So, former serfs became incentivized to not only work harder but also work smarter.

The negative effect of the land reform is primarily due to the repartition communes, in which the commune had the authority to periodically redistribute land among peasants. Notably, the hereditary communes did not see this negative effect. This reinforces the main insight from emancipation: certain, individual property rights provide the strongest incentives to spur productivity.

Meanwhile, peasant health, as measured by height (a common proxy for nutrition), improved. Those born after the emancipation in former serf families were, on average, 0.78 centimeters taller than they would have been under serfdom.

Clearly, emancipation changed individual lives, but it changed the trajectory of Russian history as well. The lessons from this research have far-reaching implications that are as important now as they were in 1861, from explaining economic development to designing land reforms.

“Incentives matter a great deal,” emphasized Zhuravskaya. “If it mattered even under serfdom, we should never overlook it.”

"The Economic Effects of the Abolition of Serfdom: Evidence from the Russian Empire" appears in the April issue of the American Economic Review.