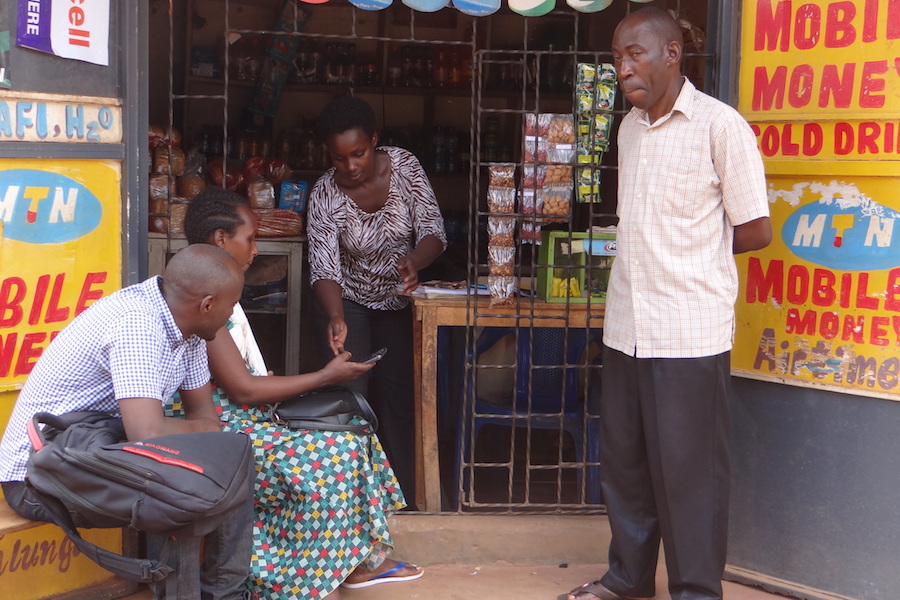 Mobile banking is how most Ugandans send, receive, and bank money

Developed countries have recognized the insights of behavioral economics.

The United Kingdom created the "Nudge Unit" in 2010 to improve government policy and services. The Obama administration appointed Cass Sunstein — a leading advocate for nudge policies — as the Administrator of the Office of Information and Regulatory Affairs.

The recognitions culminated with Richard Thaler, the father of behavioral economics, winning the Nobel prize in economics last year.

But for all the accolades, economists still don’t know why default options — maybe the most important policy insight from behavioral economics — work or whether they can help developing countries. A paper in the October issue of the American Economic Review clarifies the impact of default savings options in developing countries.

Why is it so pervasive that humans stick with their default?

Joshua Blumenstock of U.C. Berkeley, Michael Callen of U.C. San Diego, and Tarek Ghani of Washington University conducted an experiment in Afghanistan to determine how much automatic enrollments would increase savings, as well as what factors stopped them from saving in the first place.

Afghanistan is one of the poorest countries in the world, has one of the least developed financial sectors, and has been at war since 2001. The average income in Afghanistan is $1,944, and only 10 percent of adults report any formal savings in the last year.

This climate makes Afghanistan a difficult test for automatic enrollments, Callen told the AEA in an interview. If they can work there, there’s a good chance they’ll work anywhere.

Global financial inclusion at a glance
There is wide variation in access to financial services and resources across the world. Few people in developing countries have financial accounts, but some countries — especially in Africa — have seen a rapid spread in mobile money accounts. Automatic enrollment policies can piggyback on this positive development.

The authors found that automatic enrollments made a significant change in the amount that people saved, similar to the amount found in studies of developed countries.

The authors worked with Afghanistan’s largest mobile network operator to develop a mobile money product for their employees that offered automatic payroll deductions and employer matching.

Because some employees were given a matching incentive, the researchers could determine how effective automatic enrollments were compared to employer matching. The researchers found that if the employer had given all employees a 50 percent match and defaulted them in at 0 percent, it would have cost $87.97 per person in incentives to achieve the same participation rate as defaulting employees in at 5 percent with a 0 percent matching incentive.

Participants who were automatically enrolled were 40 percentage points more likely to contribute to the mobile account and increased their contribution rate by 1.77 percentage points, equivalent to a 66 percent increase over the control group’s average rate of 2.7 percent.

The results of this experiment raised a new question for Callen: “Why is it so pervasive that humans stick with their default?”

Excluding several other explanations, the authors argue that employees found budgeting for their future quite painful. This, along with the belief they would be up to the budgeting challenge in the future, led employees to put off switching their enrollment.

Participants only seemed willing to switch from their initial assignment if they were provided help making savings calculations.

Understanding the motives and biases behind default effects can help guide policymakers by making predictions as to which policies will be effective, according to Callen.

In a country like Afghanistan, in desperate need of financial development with no prospect of brick-and-mortar banking in the near future, the spread of mobile money provides a new opportunity for saving. Leveraging existing behavioral insights can help encourage this positive development.

“If it can work here, there's a good chance that it will translate to other environments with more robust digital financial ecosystems,” said Callen.

"Why Do Defaults Affect Behavior? Experimental Evidence from Afghanistan" appears in the October issue of the American Economic Review.

Take it to the bank

How payment methods determine the amount you save