The best defense money can buy

How should poor defendants be matched with an attorney? 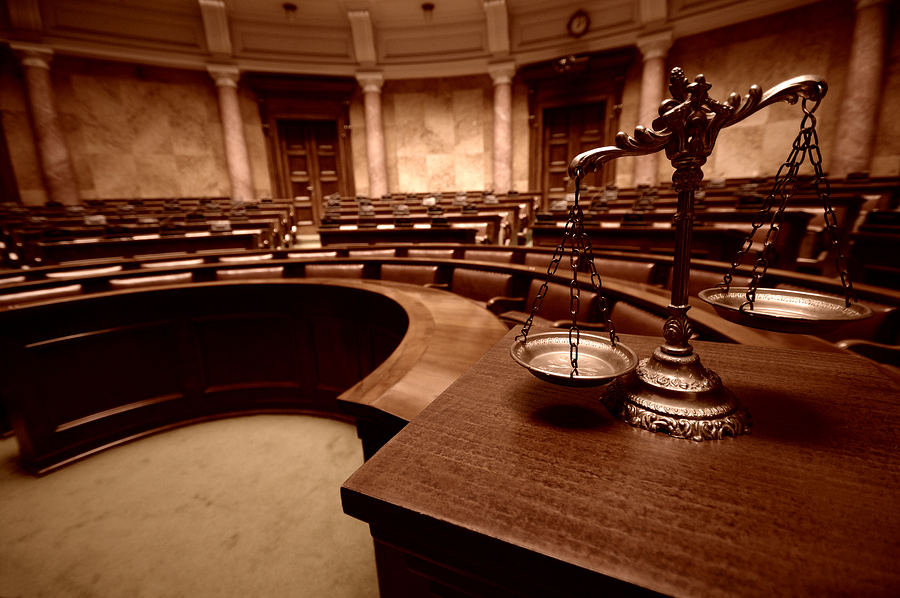 Everybody charged with a crime in America has the right to legal counsel.

If they don’t have the money, the state will pay for an attorney. Indeed, that’s the case for more than 100,000 US defendants every year.

But that doesn’t mean they get the best defense, or even a good one. Many defendants end up serving sentences that far exceed their crime or, even worse, convicted when they were in fact innocent.

"A good number of people are in jail in this country when their lawyers ought to be in jail instead of them," Texas state Sen. Rodney Ellis said in 2015 when advocating for judicial reforms.

Maybe the problem is in how they are matched with attorneys in the first place. Instead of assigning attorneys to represent defendants, what if defendants themselves were able to choose?

If the budget is fixed we have to pick one: either the defendant’s right to choose his/her counsel or the quality of the defense.

Bad idea, says researcher Behrang Kamali. In a paper that appears in the August issue of the American Economic Journal: Microeconomics, Kamali says that letting defendants pick their state-funded attorney could actually backfire and stick them with an even worse defense.

“The main feature of the indigent defense programs is the moral hazard on the part of the attorneys,” Kamali said in an email interview with the AEA. “If the budget is fixed we have to pick one: either the defendant’s right to choose his/her counsel or the quality of the defense.”

There are several ways that government provides counsel for poor defendants. One of those involves firms or private attorneys bidding in an auction for a year-long contract, which spells out terms for a flat fee per defendant or hourly rate with a cap.

Such a system can result in doing more harm for the defendants than good.

One infamous example involves a Georgia lawyer named Bill Wheeler, who won a contract to represent all poor defendants in McDuffie County by radically underbidding his competitors. McDuffie County got what it paid for. Wheeler paid little interest to his indigent clients. He refused to discuss their cases with them and met most of them for the first time in court. He also frequently encouraged his clients to plead guilty without doing any factual or legal investigation. 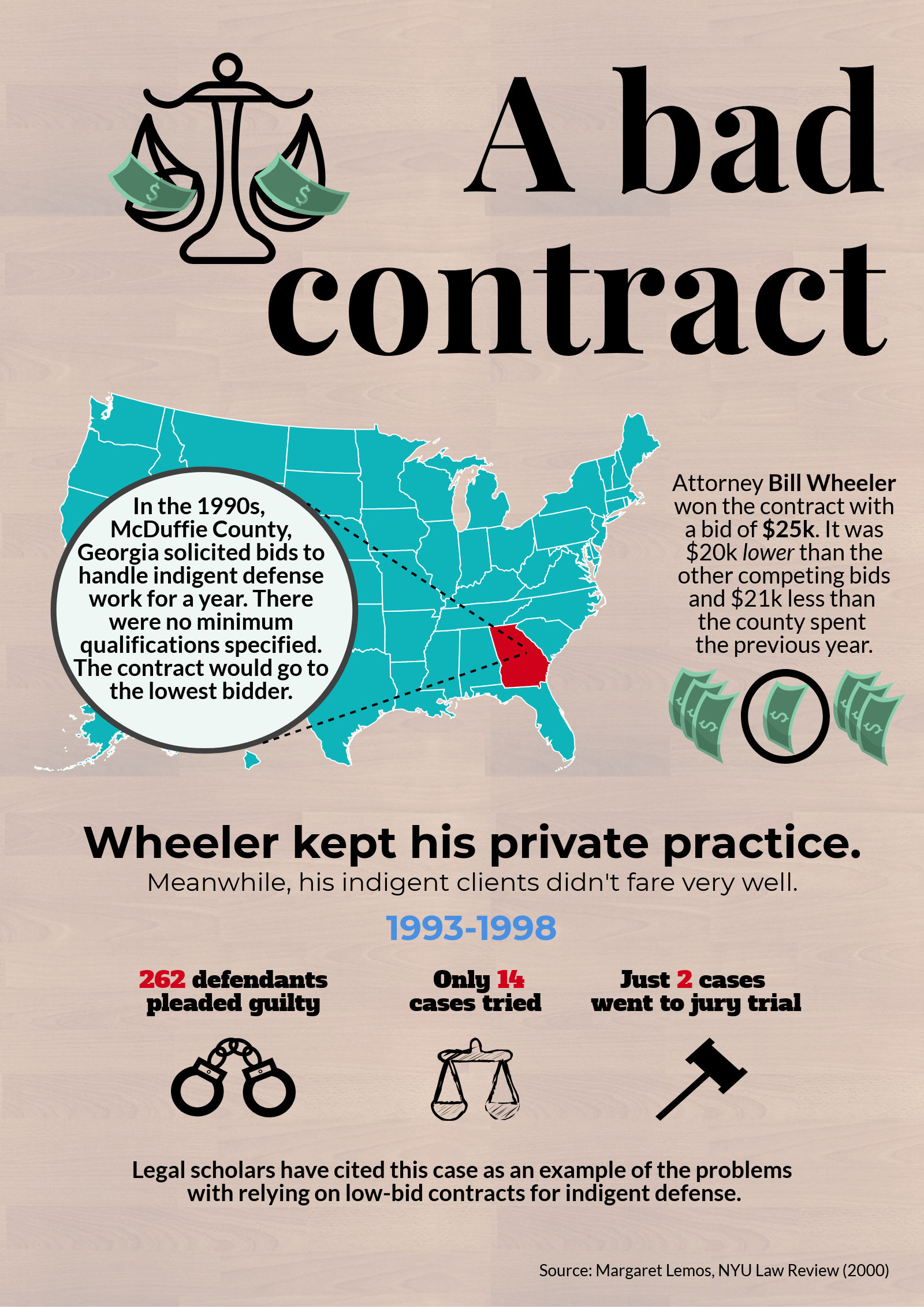 Attorneys don’t have an incentive to work very hard on the tough cases for which they don’t get adequately compensated. Allowing defendants to choose exacerbates the problem, Kamali says, because of how it changes the internal calculus that lawyers have to make.

The government can’t pay public defenders different wages for different cases, even though some of those cases are more difficult than others. Attorneys might be willing to accept the odds if cases are chosen at random — the odds of getting the tough case are equal.

But in a system that allows defendants to choose, at least one attorney is more likely to get the really hard cases. Knowing this, that attorney says it’s not worth it and demands more money. The government then has to raise everybody’s wages — it can’t discriminate in wage contracts — and is forced to hire fewer lawyers, leading to a heavier caseload for each attorney and giving them less incentive to work hard on each one. Then you risk getting stuck with a bunch of Bill Wheelers.

If the goal is to provide everyone with effective legal counsel, then the best system is one in which attorneys are randomly assigned to defendants using a lottery system, Kamali says. That way, attorneys understand that they are no more or less likely to get hard cases. They just commit to defending whomever they are randomly assigned. Some cases will be easy. Others won’t.

There are a lot of different ways this lottery system might be designed. But essentially, it needs to prioritize eliminating potential conflicts of interest and be run by a third party or a computer program.

“In my opinion the most important change is to ensure that there is no conflict of interest between the defendant and the party that selects and pays for the defendant’s attorney,” Kamali said.

Matching with Moral Hazard: Assigning Attorneys to Poor Defendants appears in the August 2018 issue of the American Economic Journal: Microeconomics.