Teacher diversity in the classroom

Does exposure to same-race teachers help students in the long run? 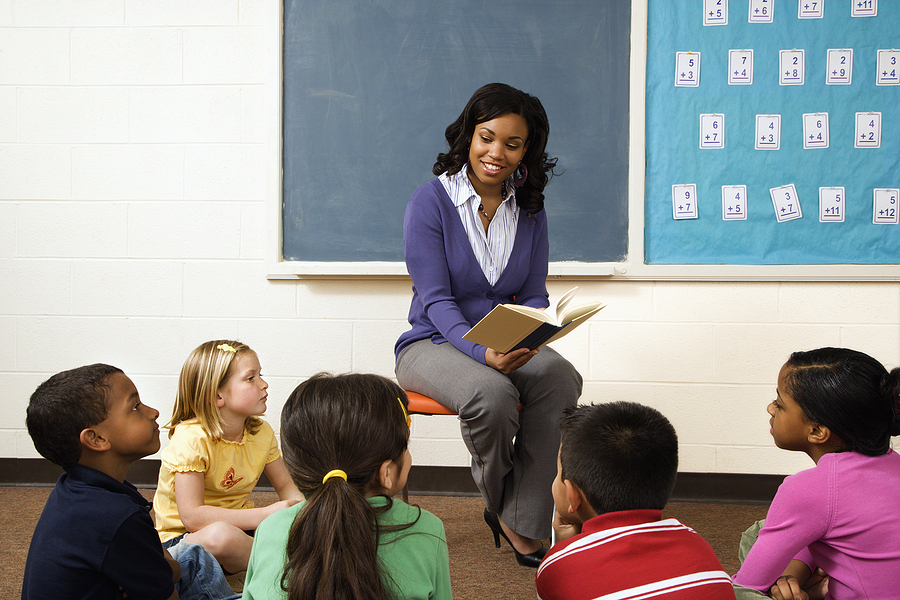 Recent research has put a spotlight on the benefits of teachers being the same race as their students, leading to calls for more diversity in front of the blackboard. But most studies have only focused on short-term outcomes, such as attendance and test scores. And those may not translate into real gains.

“It's important to remember that test scores themselves aren't that important; they're not the objective,” economist Seth Gershenson told the AEA in an interview. “They're only interesting to the extent that they predict the long-run things that we care about, like employment and going to college.”

In a paper in the American Economic Journal: Economic Policy, Gershenson and coauthors Cassandra M. D. Hart, Joshua Hyman, Constance A. Lindsay, and Nicholas W. Papageorge confirmed that assignment to same-race teachers does in fact have a long-run impact on their students.

In particular, they examined the effect of Black elementary-school teachers on both Black and White students’ high school graduation rates, college aspirations, and college enrollments.

We can do better with the teaching force that we currently have by being more thoughtful about how student–teacher assignments happen in a strategic way. Even having one exposure to a teacher of the same race matters.

The researchers first looked at data from Tennessee's Student Teacher Achievement Ratio (STAR) field experiment. The Tennessee STAR project began in 1986, when it randomly assigned kindergarten students and teachers to different-sized classrooms. The project was specifically designed to identify the impact of class size on student achievement. However, the authors leveraged this dataset to estimate the impact of having a Black teacher between kindergarten and third grade.

According to the authors, this boost in educational attainment likely led to higher earnings and employment prospects for Black students.

While exposure to Black teachers negatively affected the test scores of White students, there were no negative impacts on their long-run educational outcomes, illustrating the importance of studying long-term effects. And there are other potential benefits to keep in mind.

“White students benefit as well from being exposed to a diverse and representative teaching force,” Gershenson said. “Having a teacher of color can shift their worldview and their sense of who can do what. It can shape their racial attitudes in a beneficial and prosocial way.”

Teacher diversity in the United States
The chart below shows the percentage distribution of teachers in public elementary and secondary schools by race/ethnicity from 1988 to 2018. 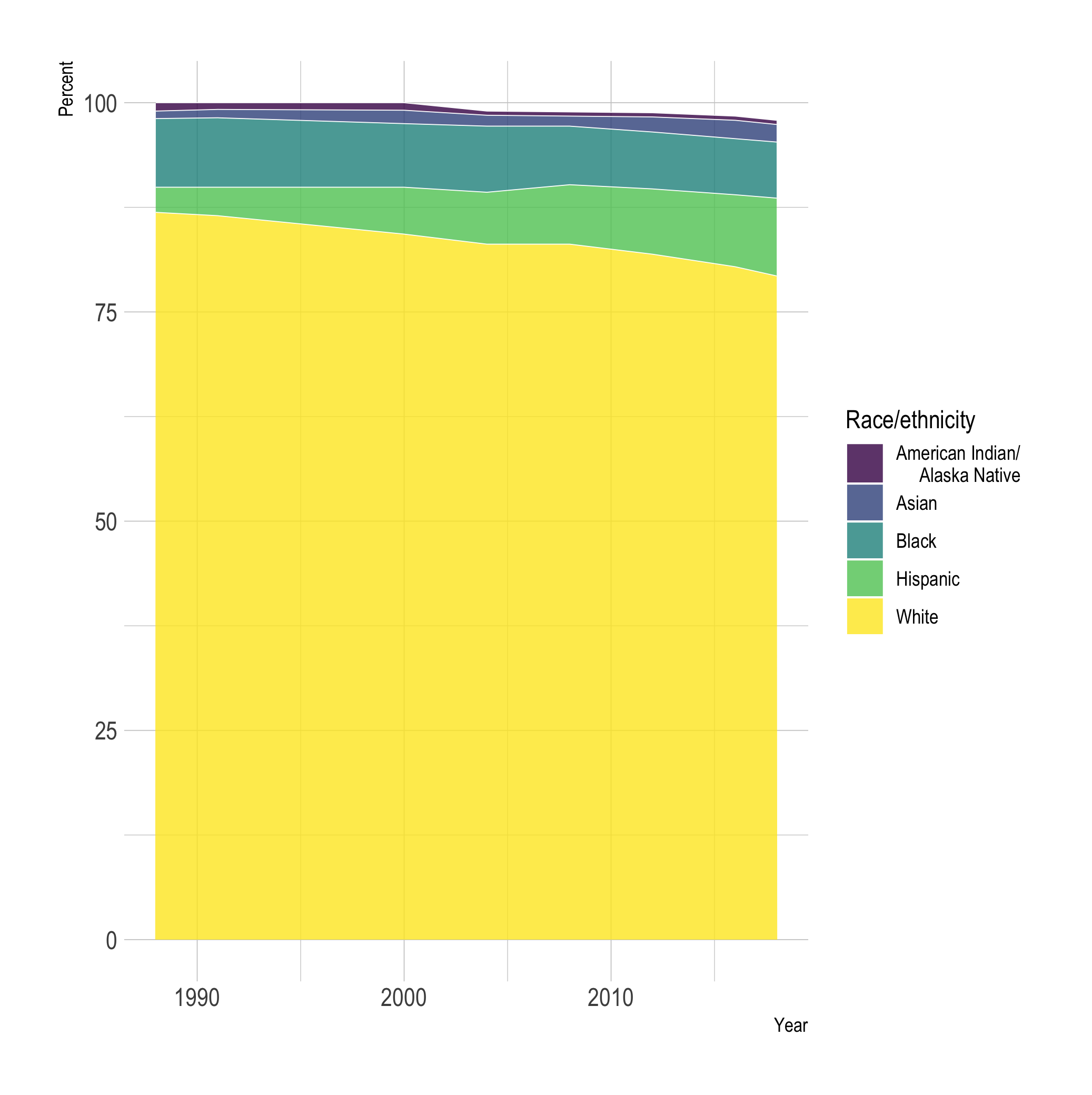 To reinforce their long-run findings from STAR, the authors also wanted to look outside of the particularly disadvantaged schools in the Tennessee experiment. To do so, they analyzed a longitudinal, administrative dataset on the population of North Carolina public school students.

However, since this data was not randomized, they relied on close-to-random variation in the racial composition of schools’ teaching staffs that arose from new hires, maternity leave, retirements, and teachers switching grades.

This alternative approach replicated the main finding that exposure to a Black teacher in elementary school significantly improves the long-run educational outcomes of Black students. And again, there was no significant long-run impact on White students.

But the authors also uncovered some more subtle patterns in the North Carolina data. They found that compared to Black girls, Black boys were especially likely to benefit from having at least one Black teacher. And finally, they found that increases in plans to go to college among Black students were entirely driven by kids from the most disadvantaged neighborhoods.

While there are a number of reasons why Black teachers could have a positive impact on Black students, one stood out to the authors as an avenue for future research. They noted that the pronounced benefits for male students suggest that Black teachers serve as important role models. Alternative explanations, such as Black teachers having culturally specific skill sets for teaching students of the same race, are unlikely to be sex specific.

In US schools, nearly 7 percent of K–12 teachers are Black, but the share of Black students is over 15 percent. To equalize those proportions, the number of Black teachers would have to more than double.

“One policy implication is to hire more teachers of color. But we can do better with the teaching force that we currently have by being more thoughtful about how student–teacher assignments happen in a strategic way,” Gershenson said. “Even having one exposure to a teacher of the same race matters.”

“The Long-Run Impacts of Same-Race Teachers” appears in the November 2022 issue of the American Economic Journal: Economic Policy.