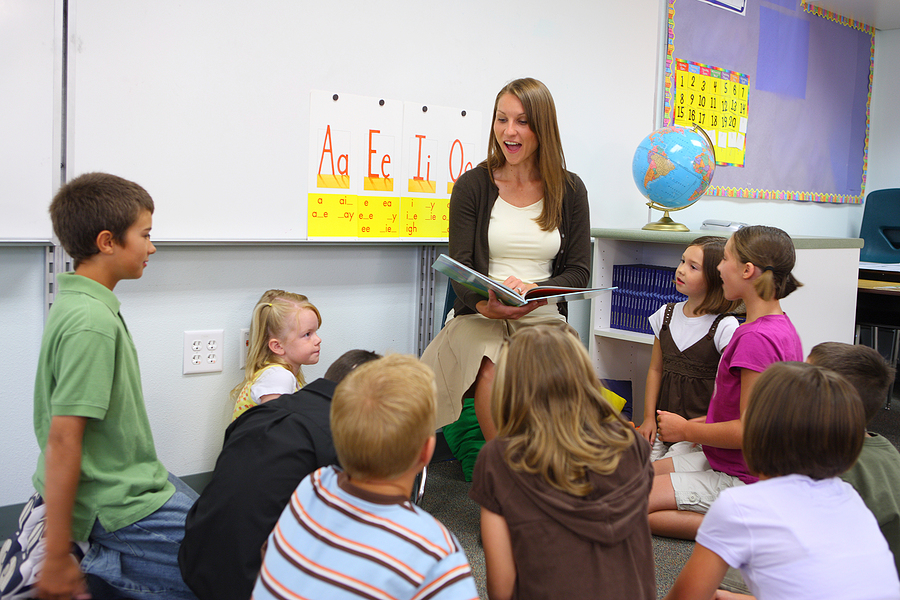 A new study showed that school districts that adopted a flexible pay scheme were able to attract and retain better teaching talent than those that did not, providing insight into what motivates teachers and highlighting inefficiencies produced by union-negotiated pay structures.

Teachers often refer to their profession as “a calling” to which they are drawn by ideals and a conviction to prepare young people for the world.

But that doesn’t mean that money isn’t important to them.

In a paper in the American Economic Journal: Economic Policy, author Barbara Biasi examines the introduction of a flexible pay scheme for Wisconsin public school teachers, in which teachers are compensated according to performance rather than by seniority and education alone. The findings show that districts adopting the new pay scheme were able to attract and retain better talent than those that did not, providing insight into what motivates teachers and highlighting inefficiencies produced by union-negotiated pay structures.

“The results from this natural experiment seem to suggest that teachers care about pay,” Biasi told the AEA in an interview. “There is a way to design pay that can help us attract and retain the best teachers in a way that helps the students.”

In June 2011, the Wisconsin state legislature passed Act 10, a bill that discontinued collective bargaining requirements for teachers’ salary schedules. Under the collective bargaining agreement, each district was forced to negotiate salary increases with the local teachers’ union, and pay was based on seniority and education. Act 10 gave districts full autonomy to determine compensation without union consent and allowed them to negotiate salaries with individual teachers.

There is a way to design pay that can help us attract and retain the best teachers in a way that helps the students.

Using data collected from employee handbooks, Biasi found that roughly half of Wisconsin’s districts moved to a flexible pay (FP) scheme while the others kept the traditional seniority pay (SP) increases. Biasi then compared how teachers and schools responded in FP and SP districts.

The first thing she discovered was that schools in flexible districts did, in fact, reward the best teachers with higher pay. Teachers who had higher performance measures based on their students’ standardized test scores received larger bumps in compensation compared to their lower performing peers, even taking into account differences in education and experience.

Biasi said that school administrators were good at identifying talent.

“While we as researchers have access to individual-level data and the models to estimate teacher value added, this is not something that's being done at the moment by schools in Wisconsin,” she said. “What's happening in reality is they're going for teachers with certain types of characteristics or qualities.”

Additionally, the districts that switched most drastically to flexible pay were the ones that attracted the higher performing teachers. Meanwhile, many lower quality teachers moved to schools that stuck with the seniority pay system or left teaching altogether.

“There was a huge spike in retirement right after Act 10, partly driven by the fact that people were a little bit unhappy with this reform,” Biasi said. “If you take a look at who leaves, you see that slightly less good teachers end up disproportionately leaving from districts that introduce this more flexible pay.”

There are important nuances to these findings. In subsequent papers, Biasi reported that the FP system introduced after Act 10 led to an increase in inequality. One paper showed that the pay gap widened between female and male teachers, even though teaching is an overwhelmingly female-dominated profession. No such gap existed when teachers were paid according to a schedule and were not responsible for negotiating their own salaries.

Another paper found that attracting better teachers resulted in an overall increase in disparities between more and less disadvantaged students.

“I think this calls for some caution in the use of flexible pay just being left to work as it is without any corrections,” Biasi said.

Rather than take these findings as a wholesale repudiation of school unions, Biasi said her research should be used to design a better system that incorporates pay incentives with other tools for attracting the best teaching talent.

“The Labor Market for Teachers under Different Pay Schemes” appears in the August 2021 issue of the American Economic Journal: Economic Policy.

How did women's suffrage affect educational outcomes for children?

Unions provide protections for teachers, but how do they affect students over the long run?