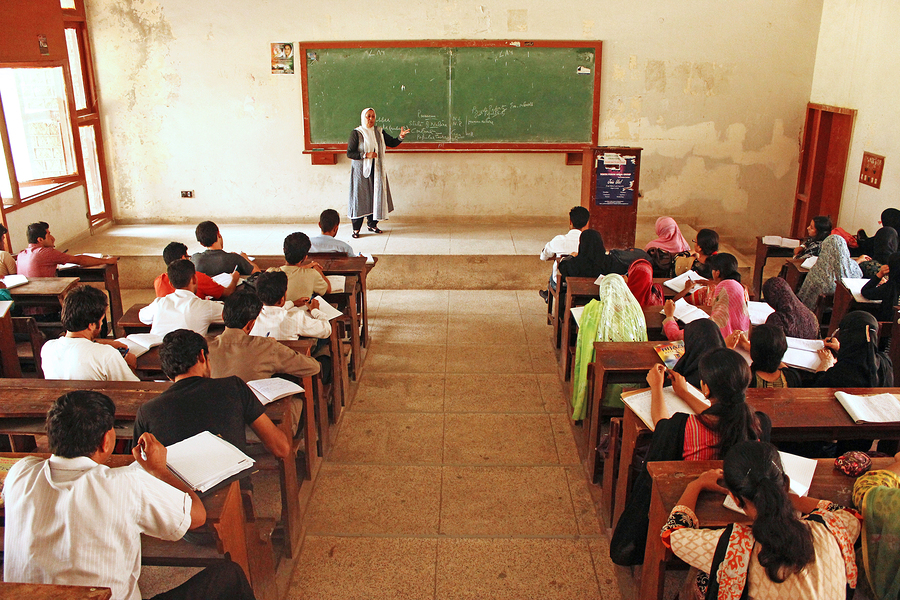 Students attend a lecture at the University of Karachi

Education is looking more and more like a market in developing countries.

With low-cost private schools on the rise, students are gaining new educational choices: do they want to attend public schools, which are often plagued by teacher absenteeism and other problems, or do they want to find alternatives?

Students don’t always have the information they need to make these decisions. And without this information, schools might not have an incentive to improve.

Tahir Andrabi, Jishnu Das, and Asim Ijaz Khwaja examine these informational issues in their new paper in the June issue of the American Economic Review. They run an experiment in 112 Pakistani villages through the Learning and Educational Achievements in Pakistan Schools initiative and find that information changes everything.

The researchers gave academic tests to primary school students, sent report cards to the students’ homes, and re-tested the students a year later. Each report card included the child’s score and the average scores of each school in the village.

For schools that received report cards, test scores increased 42 percent more than those in schools without report cards. Private school fees decreased by 17 percent, and public schools saw a modest increase in how qualified the teachers were. Because the report cards induced higher quality and lower costs, primary school enrollment went up by 4.5 percent. A survey confirms that parents shifted their perceptions of school quality to reflect the school’s scores.

Moreover, the report cards — including testing, printing, and distribution — only cost $1 per child.

This is more than a successful intervention. It is evidence that a small amount of basic, transparent information can have a widespread impact on an entire educational market. 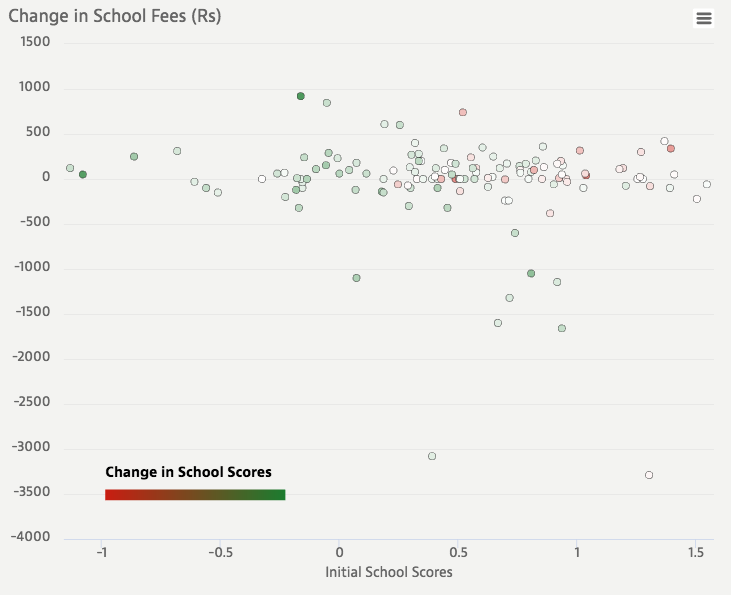 Some of these results seem counterintuitive. For example, why would the best private schools lower their costs? The answer is all about asymmetric information. Private schools used to indicate how good they were by charging higher prices. Once the schools had report cards, they used their test scores — rather than their fees — to signal their quality. Then, the schools were able to lower their cost.

Low-cost, low-scoring private schools did not have that option. If they lowered their fees, they risked losing students to the practically free public schools. Instead, they focused on improving their quality. Because they were financially constrained, they could not invest in teacher training or new resources. But by reducing their break time by about 15 minutes a day, they were able to boost their test scores.

Private schools faced the constant threat of losing students, but public schools did not have the same type of accountability; yet, public schools still improved when given report cards. The only change they saw was increased parental interactions with the school district, which is consistent with the explanation that parents successfully put pressure on teachers to improve.

Of course, parents already had ways of assessing school quality before these report cards. “It would be a very odd world where something is important and no one is trying to find it out,” says Khwaja. He gives the example of an illiterate mother who would test her children by reciting poems she had memorized, having them write the words down, and asking them to read the text back to her. Based on their responses, she could tell if they were learning at school.

It would be a very odd world where something is important and no one is trying to find it out.

Khwaja sees this study as one piece in a “grand Jigsaw puzzle” of various educational market failures. Identifying and systematically addressing these market failures, including the lack of information, is a promising route toward improving Pakistan’s schools.

For now, he can sum up their main message in two words.

Report Cards: The Impact of Providing School and Child Test Scores on Educational Markets appears in the June 2017 issue of the American Economic Review.