The costs of cultural traditions

Eduardo Montero and Dean Yang discuss the long-term economic consequences of religious festivals in Mexico that coincide with peak planting or harvest months. 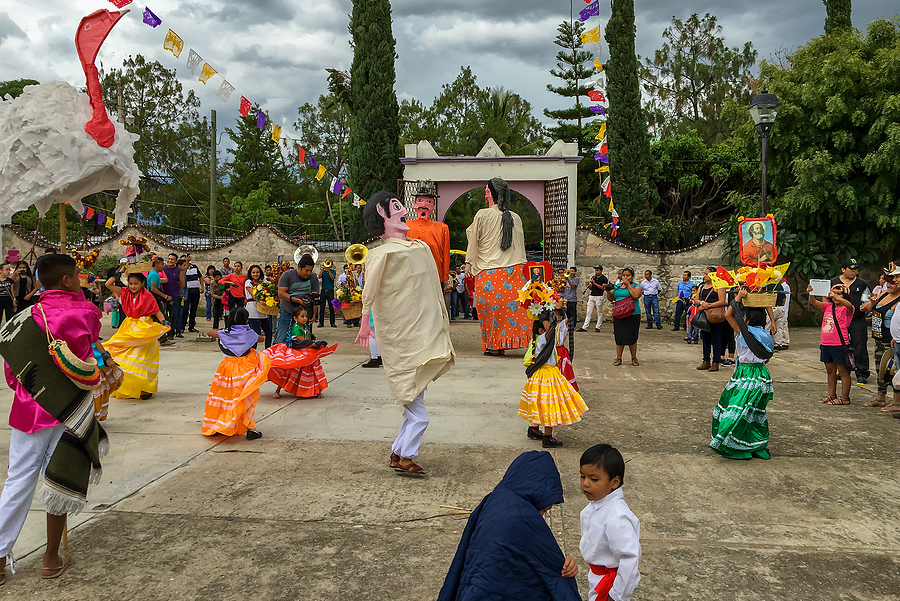 Mexicans celebrate and dance as part of an annual fiesta in honor of patron saints.

Religion is a deep source of tradition and meaning for many people around the world, especially those in developing countries. But religious practices can sometimes stand in the way of long-term economic growth, according to a paper in the American Economic Review.

But that doesn’t necessarily mean these festivals made people worse off overall. Montero and Yang say that it’s up to communities and their leaders to decide what the right balance is between cultural traditions and economic growth.

The authors recently spoke with Tyler Smith about patron saint day festivals and why they hampered long-run economic development in Mexico. 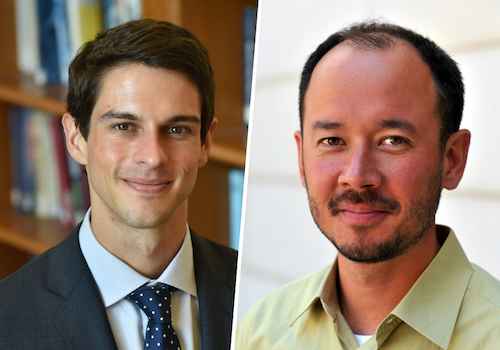 Tyler Smith: There are many cultural and institutional factors that could affect long-run development. What prompted you to investigate the impact of religious practices in particular?

Smith: Can you just tell me a little bit about these religious festivals in Mexico? What are these celebrations and how expensive are they to put on for these communities?

Montero: What we were interested in studying are what are called patron saint day festivals in Mexico. But lots of Catholic countries in Latin America celebrate these. A lot of towns have what are called patron saints or patron virgins that are supposed to protect them, and you're supposed to celebrate their days that fall on a calendar. Throughout the calendar cycle, towns will celebrate festivals at different times of the year. And we found that to be very interesting because unlike something like Thanksgiving or Christmas, which happens at the same time for a whole country, these happen at different points throughout the calendar year. We thought that could let us isolate certain features of which festivals are more costly for people or which festivals are less costly. Taking advantage of the timing of the festivals was something that was particularly nice about this setting.

Yang: One really important feature of these festivals is that they are very costly for communities in terms of both time and money. This is certainly an insight that we had personally, both Eduardo and I, growing up in Catholic countries, but it's also an insight that many anthropologists have made who have studied Latin America. Typically, the responsibility for hosting the festivals is placed on a rotating set of households, and the time and the money costs don't fall on the entire community at once, but rotate across households. Why would households do this? Well, basically it is a prestigious role in the community to host one of these festivals. The households are clearly taking on these roles that have important social and religious functions in the communities, but are sacrificing both their time and money to host these festivals.

Smith: What did you find in terms of the developmental costs to the regions where you see these festivals at peak planting seasons or harvesting season times?

Smith: Why have these festivals persisted for so long? I mean, from an outsider's perspective, it doesn't seem that hard to maybe change the dates of the celebration.

Montero: It's hard to change some of these dates once they become codified as part of people's traditions and behaviors. But I think we also find that there are other reasons. One thing that we found in the data is that places that have these agriculturally coinciding festivals tend to be more religious and have higher levels of social capital. What this means is that they place a higher value on religion in their lives. They value these festivals even more as part of the community. We think that what's going on is that because these festivals happen at a time where it's particularly costly for people, it's a very strong signal of commitment to these festivals and religiosity. And there's research that shows that costly festivals or religious expenditures lead people to feel closer to each other as a community and feel more religious. Given that we find these religiosity and social capital effects, these places are the ones that are particularly less likely to switch away from these festival dates.

Yang: Another reason these festivals may persist could simply be that communities don't recognize that they're having negative economic impacts. The headline result of our paper is that communities that have agriculturally coinciding festivals are about 20 percent poorer in terms of household income than other communities. Now, this is a difference that's emerged over the course of centuries since these festivals first started in the 1500s with the Spanish conquest. But the actual impact on a community's rate of economic growth in income is actually minuscule. A tiny detriment to annual economic growth is probably what's adding up to this 20 percent difference over the course of centuries. In any particular year, it may actually not be evident to residents of a particular community that having these agriculturally coinciding festivals is harming them economically.

Smith: Do you see a way to sort of have the best of both worlds? Are there ways that we might accommodate religious practices without harming economic development?

Montero: One that naturally comes to mind is that these are particular periods when trying to improve people's liquidity can have huge returns. There's less crowdout that happens if people have more resources or more liquidity. For example, if you look at a lot of Catholic countries, they have what's called a “thirteenth salary,” also called an aguinaldo, in some places. What that means is that you get an extra salary paid out in December. And December is particularly important because there are a lot of religious festivals, such as Christmas, and a lot of other expenditures that households have. The motivation for that is exactly what we point out in the paper: these are particular periods when you want to provide extra liquidity.

Yang: I think one thing that we hope our paper brings to the fore is that religious practices of various sorts can have both costs and benefits—not just in terms of financial or economic costs and benefits. Certainly our paper highlights the economic cost, a particular feature of some types of festivals in central Mexico. Whether they're timed to coincide with the agricultural seasons or not. We are careful to point out that we don't necessarily know whether these communities are worse off. For one, they seem to have more income equality. And even if they have lower income, they have more religiosity. It may be that communities feel that they're striking the right balance between the economic costs and the social gains from having festivals at certain times of year. But I think it is important to acknowledge that some cultural practices or religious practices may have negative economic effects. And even though we don't come out and say that communities should necessarily think about changing their festival celebration dates, I think it is certainly something that public policy makers should potentially have on their radar screens as an area where they could act.

I think as economists, we always need to be careful about making prescriptions for societies to change their culture or change their social norms. That really is not the job of economists to say whether society should change its social norms. But that is the job of national leaders and community leaders as part of the broad, consultative, open political process. If communities decide to take the data that we bring to the table, they may acknowledge that perhaps there are some economic costs to certain types of social norms as a community. It is possible for communities to decide or even national level government leaders to decide that they may want to set in place guidelines or at least recommendations to reduce the economic costs of certain cultural norms.

“Religious Festivals and Economic Development: Evidence from the Timing of Mexican Saint Day Festivals” appears in the October 2022 issue of the American Economic Review. Music in the audio is by Podington Bear.

Natalie Bau discusses the impact that pension reform had on traditional family arrangements in Indonesia and Ghana.

The economics of anti-Semitism

The AEA interviews Sascha Becker about how the Protestant Reformation created competition and conflict between Christians and Jews.