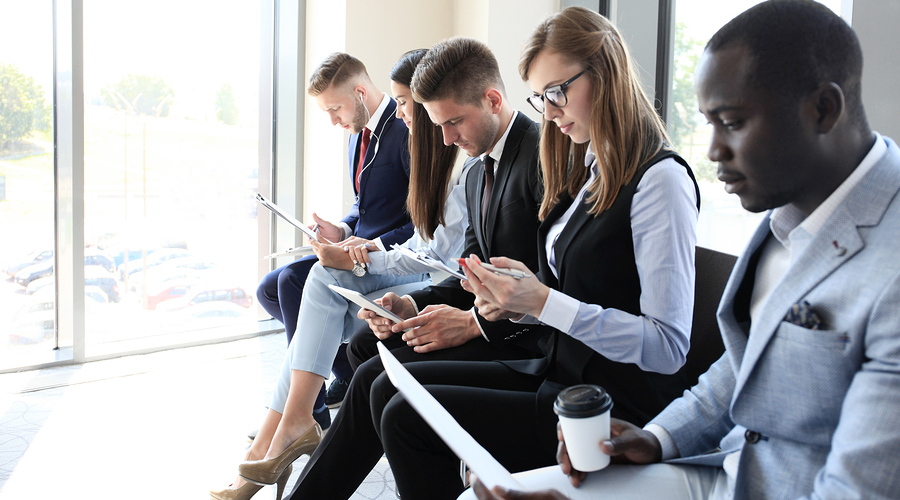 Over 40 percent of the unemployed return to their previous employer.

Finding a new job is hard. Returning to an old job is easier, but most people consider these “recalls” uncommon — a relic of the 1970s manufacturing industry that few encounter today.

However, over 40 percent of the unemployed return to their previous employer after a jobless spell. In a new paper in the December issue of the American Economic Review authors Shigeru Fujita and Giuseppe Moscarini study these recalls and what they mean for the U.S. economy. They find that recalls are largely responsible for getting people out of unemployment, but for those who are not recalled, finding work is even harder.

As it turns out, recalls happen all the time. They are more pervasive than temporary layoffs, in which employers expect to re-hire workers (often by a specific date). This means that many recalls are not intentional; employers may not initially believe that they will re-hire workers, and recalled workers do not expect to go back. Even within the group of permanently separated workers, or those who lose their job and start looking for a new one, 20 percent end up back in their old jobs.

This phenomenon is not industry-specific. In addition to manufacturing, the construction industry, seasonal retail, and small town jobs have high recall rates. “If you’re an electrician and you work in a small town, there are probably a couple of companies who can hire you,” explains Giuseppe Moscarini. “So the likelihood you end up back at the old company is very high.”

Recalls may be common, but they do not happen for everyone. Recalled workers were employed at their last job for an average of six years, whereas new hires were employed at their last job for only three. The accumulated knowledge about how the company works makes people who had a longer tenure more valuable than new workers — even if they were just laid off. Moreover, recalled workers switch occupations less often when re-employed and stay with their employer for a longer time after returning. They also are unemployed for at least a month less than people who are not recalled, which inflates the job finding rate.

The first six months
Each graph represents the chance of leaving unemployment for three groups of people: those who are on temporary layoffs, those who are permanently separated, and all workers. Click the buttons below to switch among these groups. 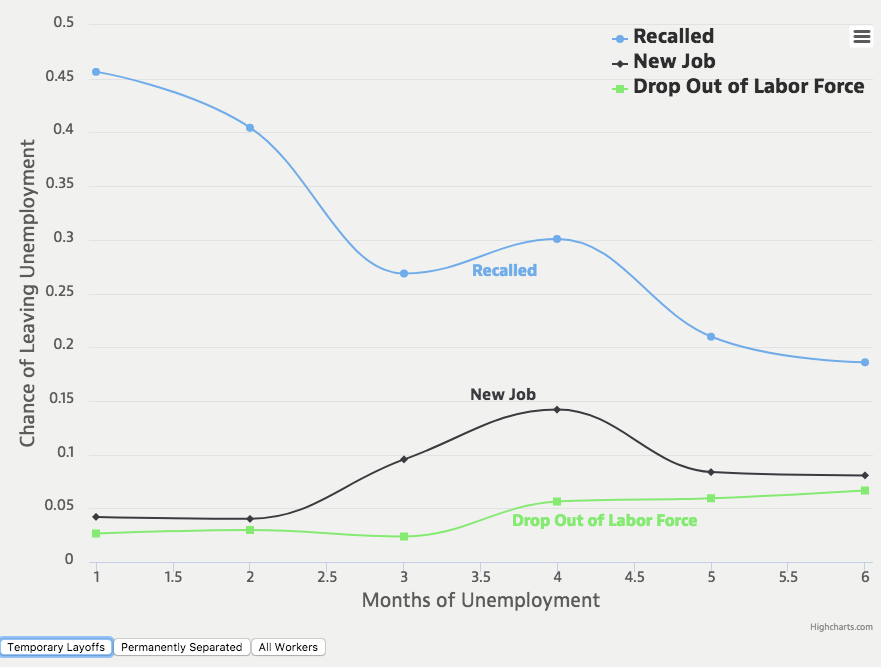 In general, the likelihood of finding a new job (and not being recalled) is much lower, does not depend on how long you have been unemployed, and is more cyclical than economists typically think. Fortunately, recalls are common in the U.S. labor market. Of course, this is no comfort to people who do not have a recall option, such as those whose companies have shut down. Redirecting more unemployment insurance toward people with no chance of recall may help to address this reality.

"Recall and Unemployment" appears in the December issue of the American Economic Review.