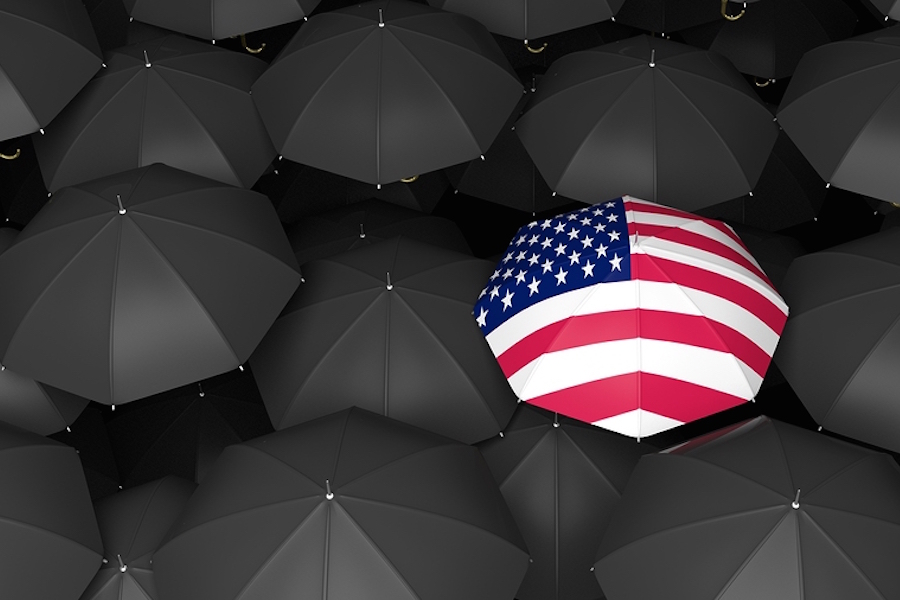 Tomorrow’s forecast calls for clear skies and warm temperatures across most of the country as tens of millions of Americans will head to the polls to cast their votes. That augurs well for turnout on Election Day. According to a study from last month’s American Economic Journal: Applied Economics, it should also lead to higher turnout in 2020.

Political scientists have puzzled over people’s precise motivations for voting. The vanishingly small prospect of actually tipping the result of an election does not seem to be a major factor, so most theories revolve around the “expressive utility” of voting. This school of thought says people go to the polls for the satisfaction of expressing themselves, showing support for a favored candidate, or honoring the sacrifice of people who have died pursuing the right to vote.

This could explain why voting might be habit-forming if people appreciate the satisfaction of voting more each time they go to the polls. Voting patterns are definitely persistent: Some people will vote almost every chance they get while others will never turn out. This doesn’t necessarily suggest that voting (or abstaining) is habitual though, because these people might just have very different costs of voting or beliefs about how important voting is to them.

In Habit Formation in Voting: Evidence from Rainy Elections (PDF), authors Thomas Fujiwara, Kyle Meng, and Tom Vogl propose using Election Day weather as a natural experiment to answer this question. If voters in one county face a rainy slog to the polls while the voters in the neighboring county have perfect weather on Election Day, do we see an effect four years later?

There’s plenty of evidence that rain is not good for voter turnout. People who are on the fence about whether to vote or not in the first place can be deterred by bad traffic or the prospect of waiting in a queue outside in the rain. The effect is generally thought to benefit Republicans, and research shows that rainy-day elections can cause elected officials to believe that their districts are becoming more conservative.

The authors’ hypothesis is that if voting is truly habit-forming, rain on Election Day should have an effect not only on the present election, but also four years down the line. Rain can also provide a better test of the habit-formation hypothesis than interventions like a voter targeting campaign because it is effectively random, unpredictable, and doesn’t persist from election cycle to cycle.

Evidence that you can get "hooked" on voting
The effect of 1mm of rain on voter turnout in percentage points across all U.S. counties, 1952–2012 presidential elections. The values near zero for days leading up to Election Day suggest that rain on those days doesn't impact turnout much. But rain on the day of the election – and notably on Election Day four years before – were clearly linked to lower turnout. 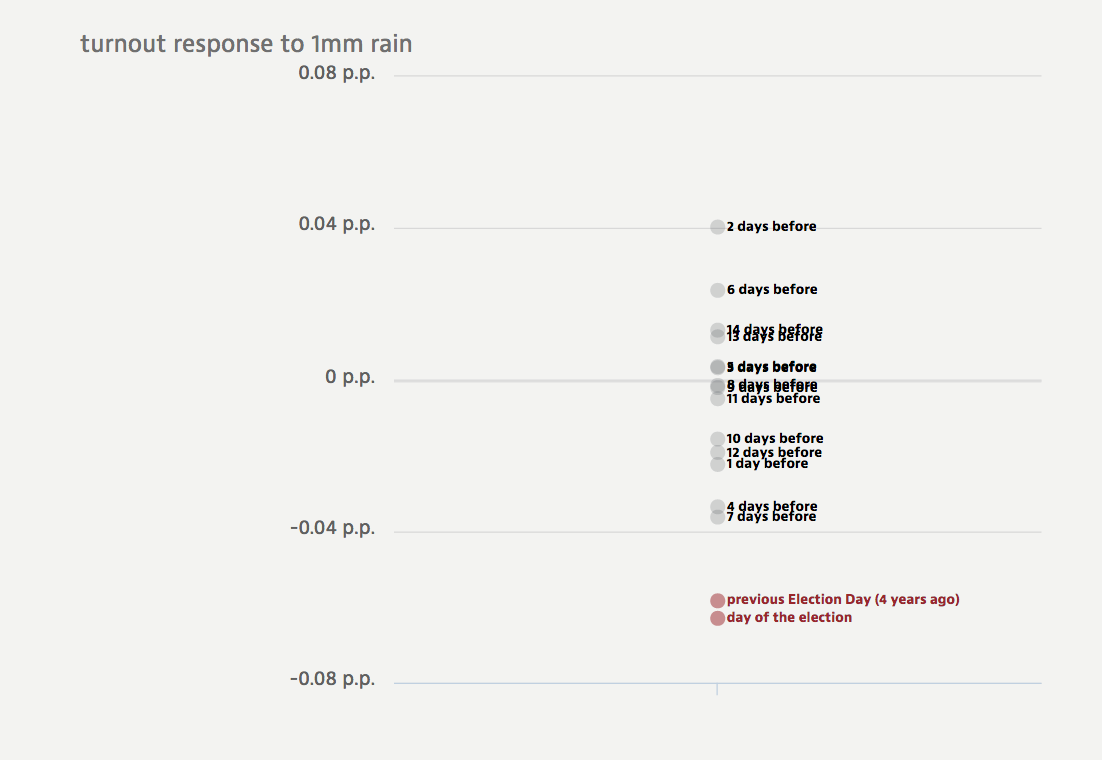 The authors take proprietary county-by-county turnout data from U.S. Presidential Elections over the last 60 years and combine it with detailed weather data indicating how many millimeters of rain fell in each county on each Election Day. Then they test to see how voter turnout responded to weather on Election Day, as well as range of other days before and after (see figure).

The actual effect of rain they find is pretty small – even a pretty large rain event of 10mm (about 2 hours of moderate rainfall) on Election Day would be expected to depress turnout by barely half a percentage point, according to their estimates. Their key finding is that rainfall recorded in a county on Election Day four years ago has almost as big an effect on voter turnout as rain on Election Day this year, and much more effect than rain one or two days before the election.

The authors point to this “echo” in the data as evidence of habit formation. Whether it rained on a particular day in early November four years ago should have very little effect on the costs and benefits of going to the polls this year. The only conceivable direct effect is that it would have helped nudge some marginal voters to stay home last time, and kept them from getting in the habit of voting.

Early in-person voting and vote-by-mail procedures are coming back into vogue across the U.S. and more and more voters are taking advantage of these options, so Election Day weather itself may be less important in 2016 than in elections past. But the lesson that voting is habitual still applies. As campaigns are increasingly turning to psychological tactics to get their voters to turn out, they will be seeking a more sophisticated understanding of what motivates voters to go to the polls.

Habit Formation in Voting: Evidence from Rainy Elections appears in the October 2016 issue of the American Economic Journal: Applied Economics.