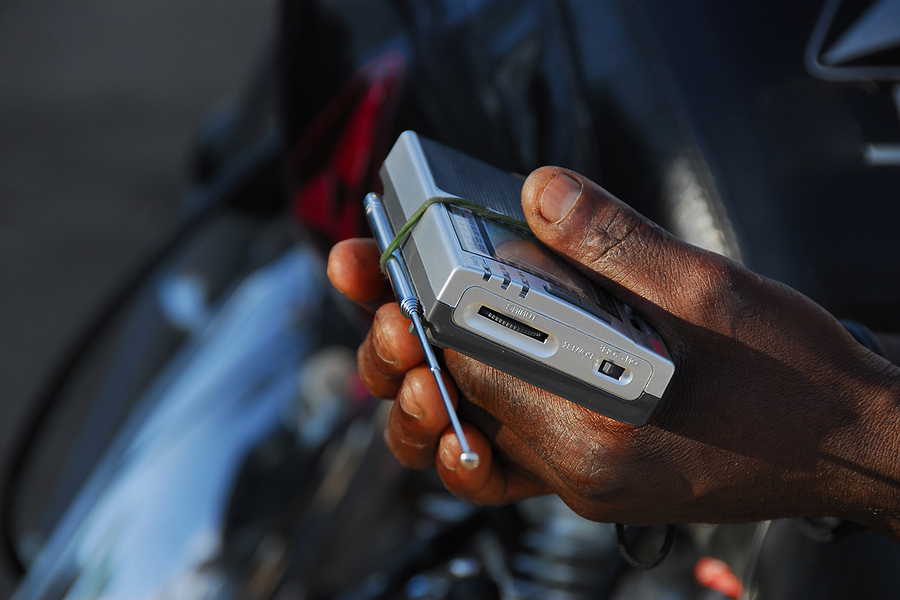 The world may be less violent today than in the past, but it’s certainly not peaceful everywhere. There are more than thirty on-going, violent conflicts around the globe, many of which are decades old.

Exactly how to pacify such war-torn regions is a pressing but difficult question.

Overarching political settlements with guerilla movements frequently break down. And individual combatants live in remote backcountry, virtually isolated from society, where reaching out to them is nearly impossible.

One relatively cheap and effective approach is to use FM radio broadcasts to convince fighters to leave the battlefield and return home, according to a paper in the May issue of the American Economic Review.

Authors Alex Armand, Paul Atwell, and Joseph Gomes found that members of a Ugandan insurgency, known as the Lord’s Resistance Army, were persuaded to reenter society through so-called defection messages.

Beyond increasing returnees, the strategy also reduced fatalities and violent clashes. Carefully crafted messages, potentially paired with other tactics, may bring badly needed relief to some of the poorest countries in the world.

“Media can shape behavior in such important ways, especially in uncertain times,” Armand told the AEA in an interview. “That really requires research on what messages are actually influencing people.”

Media can shape behavior in such important ways, especially in uncertain times. That really requires research on what messages are actually influencing people.

The LRA is a militant group led by the cult-like figure Joseph Kony that has waged a war of attrition on Uganda and nearby countries since 1988.

Its brutal practices have brought it world-wide attention. The group has used child soldiers, burned down villages, and tortured anyone that gets in their way.

Some soldiers have been fortunate enough to escape, but defecting is dangerous. Any whiff of disloyalty is a death sentence.

And even when members successfully leave, they continue to face challenges.

Many recruits were forced to kill family members and friends during their abductions. Home villages are reluctant to forgive them for their atrocities, let alone give them jobs or work alongside them.

It’s therefore critical to tell LRA members that they are welcome back and that their life will be better as a civilian. The United Nations Organization Stabilization Mission in Democratic Republic of Congo and other NGOs built and expanded radio stations in 2008 to send exactly this type of message.

Some recordings were factual. They emphasized that returning insurgents had amnesty and detailed how to turn themselves in.

Other messages were more emotionally charged recordings by parents, family members, and former insurgents pleading with members to come home or describing the life they could have as civilians.

“A lot of defection messaging is about shaping intrinsic motivation,” Armand said. “These messages are trying to change the feelings [of fighters].”

The authors used waves of broadcast expansion from 2008 to 2015 and variation in signal strength to estimate the impact of the defection messaging.

The reach of radio
The chart below shows the coverage of radio broadcasting defection messaging in LRA-affected areas between 2008 and 2015. Most LRA activities occurred in countries neighboring Uganda—South Sudan, Central African Republic, and Democratic Republic of the Congo. They compared areas with bad radio reception—places blocked by valleys and hills—to those with clear reception. They also used the fact that some areas were within reach of multiple radio stations, which increased the chance that rebels would hear a broadcast.

Overall, the radio program led to roughly 1,151 fewer deaths and accounted for 297 of the 2,073 returnees observed in the data. Just an extra 20 minutes of daily messaging reduced the number of attacks against civilians and clashes with security forces by 1 percent.

The strength of the results came as a surprise, Armand said. But they also depended on the economic context.

Higher cotton prices amplified the impact of broadcasts, while higher peanut prices reduced their effectiveness. The authors weren’t able to pinpoint the exact reasons for this interaction, but it highlights that labor and capital markets can’t be ignored when trying to understand combatants' decisions.

Men and women who managed to escape the LRA still face life-long struggles reintegrating with society. But the first step is letting them know they have a better life back home. Hopefully, that message reaches others in conflict zones around the world.

“The Reach of Radio: Ending Civil Conflict through Rebel Demobilization” appears in the May issue of the American Economic Review.