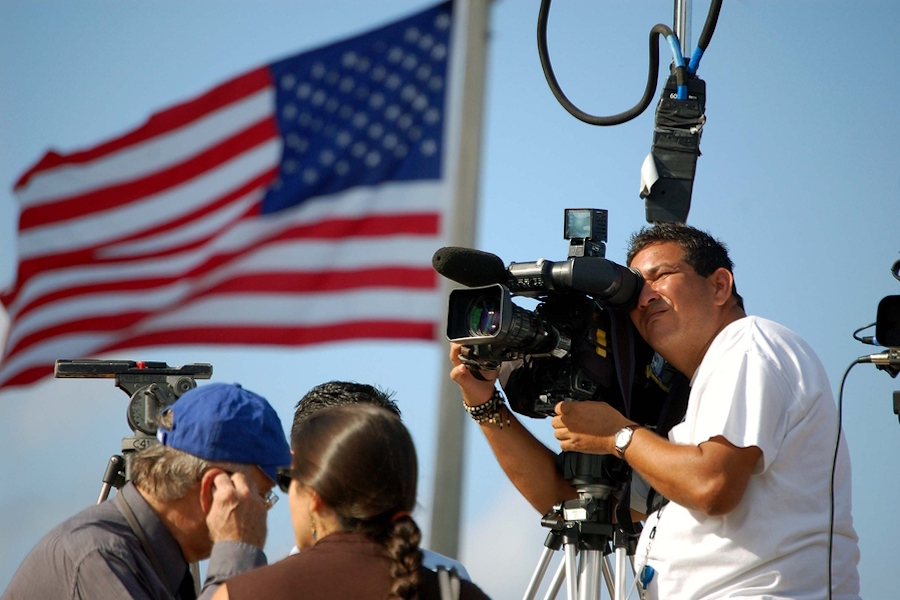 A news station cameraman records at a rally for former President Barack Obama in Miami, Florida, in 2008.

Anybody who watches cable news is well aware of America’s political divide.

At times, liberals and conservatives seem to be living in separate realities. But who’s to blame for this widening rift? A lot of people point to the media itself.

In a paper that appeared in the September issue of the American Economic Review, Ali Yurukoglu examined the impact that politically slanted cable news outlets like Fox News or MSNBC were having on American voters’ political tastes. He and co-author Gregory Martin found that Fox News’ influence was significant enough to pull voters to the right and potentially change the outcome of a tight election. What’s more, the conservative media outlet’s influence grew as its coverage became more partisan.

Yurukoglu spoke with the American Economic Association recently about the impact that biased news is having on voters, his novel approach to measuring the effects, and whether America is really as politically divided as Congress seems to be.

An edited transcript follows and an extended audio version of the interview can be heard by clicking on the media player below.

AEA: Partisan news is not a recent phenomenon. What’s the concern now?

Yurukoglu: People worry about long-term effects. It's not what our paper shows, that these long-term effects exist, but people worry about consumers or voters siloing themselves into slanted news and that reinforces it and creates divisions amongst the population. Furthermore, the slant is not representative of what is actually going on, so the slant is actually a distortion of information and that can lead people to make incorrect decisions, vote for people they wouldn't otherwise vote for had they had the right information.

AEA: There's two sides to this coin. It could be that partisan news sources are driving people's biases or it might be the other way around, with news sources meeting consumers' preconceived notions about what is true. Could you talk about those two questions and how you wanted to approach it in this paper?

Yurukoglu: Those two aren't mutually exclusive — they can both be going on. Our paper is about the former. So we try to measure how consumption of that content affects partisan voting. The determination of that content is a really interesting question, and of course it responds to demand from consumers, not just for slant but also for entertainment and information. 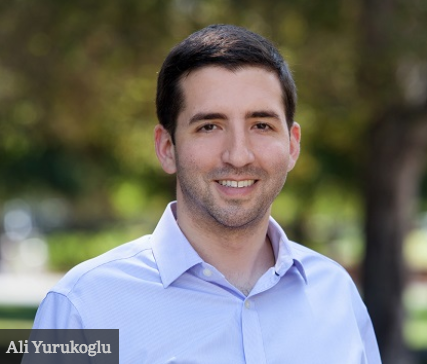 AEA: You came up with a really ingenious way of measuring the effect that partisan news was having on voter tastes that involved looking at channel positioning. Can you explain how you came up with that?

Yurukoglu: I study the cable industry and when Comcast bought NBC Universal, part of that was acquiring CNBC. During the merger proceedings, when the government agencies were trying to decide, Bloomberg News issued a complaint saying that if Comcast acquires CNBC, their main competitor, they were worried that Comcast was going to either drop Bloomberg News or maybe put it on channel 400 where nobody was going to watch it. The idea that channel position might matter was never in the forefront of my mind until this complaint.

One thing I did was to start to look at whether Comcast gives better channel positions to its own content and also do these channel positions, can we measure the effect on viewership. So it was in the context of a merger that I was thinking about how do channel positions affect how much people watch.

AEA: You found that one standard deviation in the channel position meant that someone would watch two and a half minutes more of that station per week. What does that mean in terms of influence and getting Fox News viewers to vote a particular way?

AEA: There are a lot of people who blame the media for political polarization these days. What does your paper suggest about the veracity of those claims?

Yurukoglu: On one level, it confirms them. ...Some people end up watching cable news randomly or selecting into watching, and that reconfirms their views and they watch more because they have a taste for that kind of news now. And they watch more, select more, move more in that direction. So that sort of polarizes the population. What's true in our data and our model, the increase in polarization that we see in the population is fairly modest, I would say. It's much smaller than the polarization that you see in Congress.

AEA: To what extent could a channel like Fox News sway an election?

Yurukoglu: Let's not pick on Fox News. Imagine if you eliminated MSNBC, in a close election, yes our model would predict an effect of that, potentially flipping. A close election, anything could flip an election. As sort of a benchmark to get an idea of magnitude, we carry out the experiment. What if we were to eliminate a channel, what would be the effect on vote shares? It is large, I would say larger than we expected, up to 6-7 percent swings in vote shares in later years.

"Bias in Cable News: Persuasion and Polarization" appears in the September issue of the American Economic Review. Music in the audio interview is by Podington Bear.