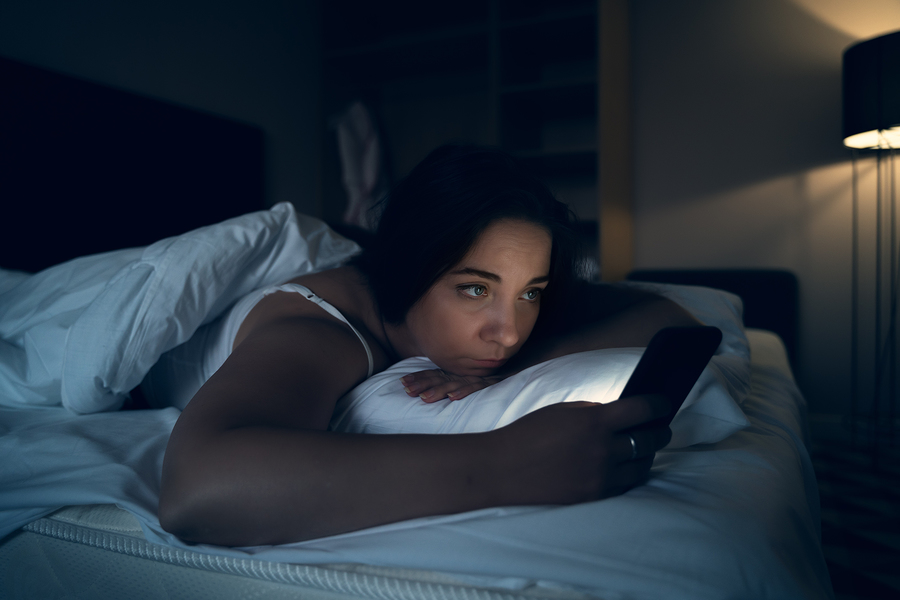 There are rising concerns that social media platforms are leading to depression and isolation.

Imagine a world with no “likes,” no insufferable political posts, cat memes, or friend requests from people you’ve never met.

Many of us have fantasized about quitting social media. It’s become the 21st century version of moving to a cabin in the woods. Stories abound online of intrepid souls who’ve gone on a Lenten-style fast from Instagram or Facebook, with mostly positive reports from the frontier. Still, the preponderance of evidence is largely anecdotal.

An empirical study in the March issue of the American Economic Review says there may be real upsides to our well-being from staying off Facebook. We might be less informed, the authors say, but we’ll be happier.

“Facebook and other social media companies have been strongly criticized. They’re blamed for causing political polarization and for making us addicted and depressed,” co-author Hunt Allcott said in an email to the AEA. “But most of the evidence was circumstantial. So we wanted to do a rigorous randomized evaluation of whether these allegations are actually true.” 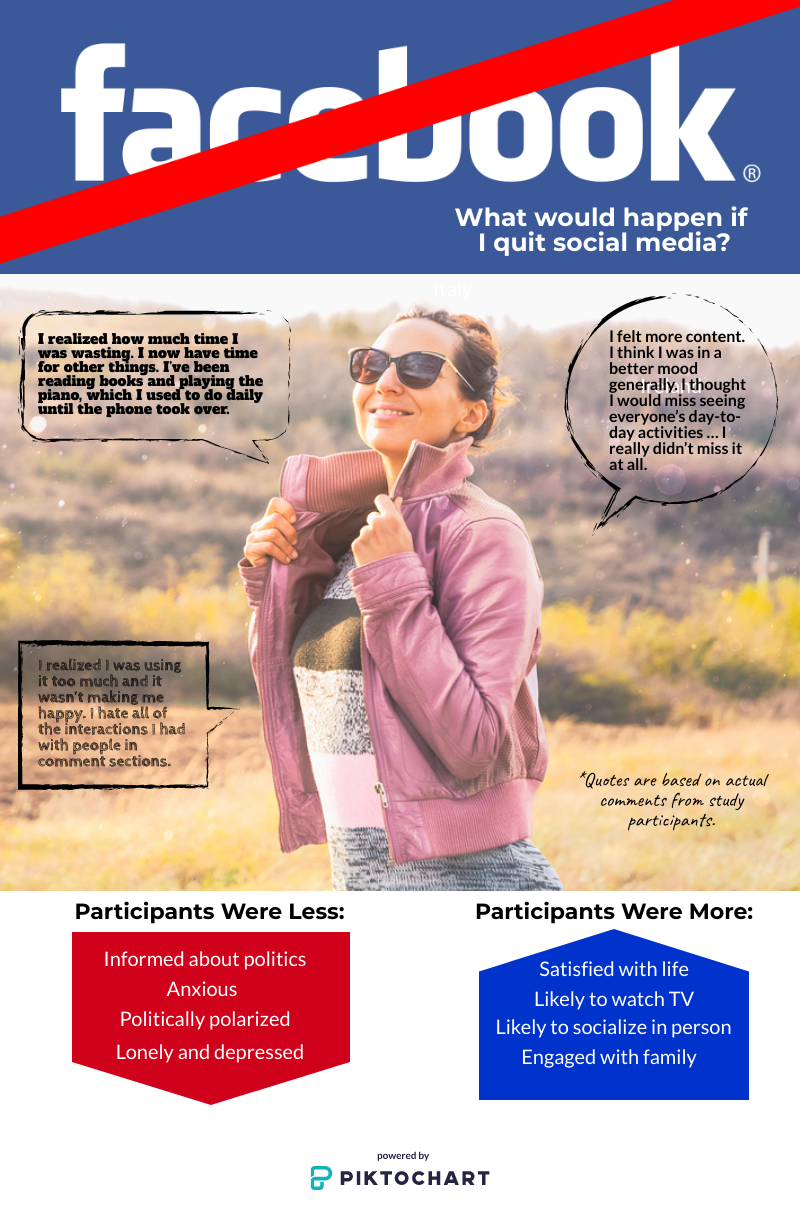 Facebook reigns king among social media platforms, with 2.5 billion monthly active users worldwide, including 7 in 10 US adults. In 2016, the average user spent 50 minutes per day on Facebook and its sister platforms Instagram and Messenger, giving the company profound power over the information individuals consume and their experiences online.

This power has raised concerns about the potential negative effect the platform is having on personal health and the larger society, particularly the potential to create ideological “echo chambers” among like-minded friends that lead to tribal divisions.

Allcott and co-authors Luca Braghieri, Sarah Eichmeyer, and Matthew Gentzkow recruited 2,743 Facebook users in the US to participate in an experiment that would examine their response to going on a social media diet. The authors paid participants an average of $180 to give up Facebook in the month leading up to the 2018 midterm elections.

The researchers collected survey responses on a wide range of measures. Respondents were less informed after a four-week “detox,” but they were also less polarized and reported improved well-being. They were happier and, even though they went back to using Facebook after the elections, they used the platform less. Eight in 10 people surveyed said the break had been “good for them.”

“I was surprised to find that Facebook has any detectable impact on people’s happiness,” Allcott said. “There are a lot of existing studies showing that heavier Facebook users are more unhappy. But correlation doesn’t imply causality. Does Facebook cause people to be unhappy, or does being unhappy cause people to retreat into Facebook? Our study shows that deactivating Facebook indeed causes people to be happier – although not by as much as correlational research might have suggested.”

This is not to dismiss the real benefits that people get from social media, whether as a source of entertainment, a means of organizing social groups, or feeling a greater sense of connection.

The fact that participants needed to be paid an average of $180 to quit for a month demonstrates just how valuable it is in people’s lives, Allcott said. After quitting for a month, the platform’s value to them declined $14-$18, but it was still substantially more than they would pay for other popular apps, like Netflix or Amazon Prime.

“People told us that they missed Facebook when they deactivated,” Allcott said. “And our participants needed to be paid an average of $180 to quit for a month, which demonstrates just how much value Facebook adds to people’s lives.”

“The Welfare Effects of Social Media” appears in the March issue of the American Economic Review.