What's it worth to you?

Evidence from the Canadian airline industry offers a nuanced view of how competition affects price discrimination. 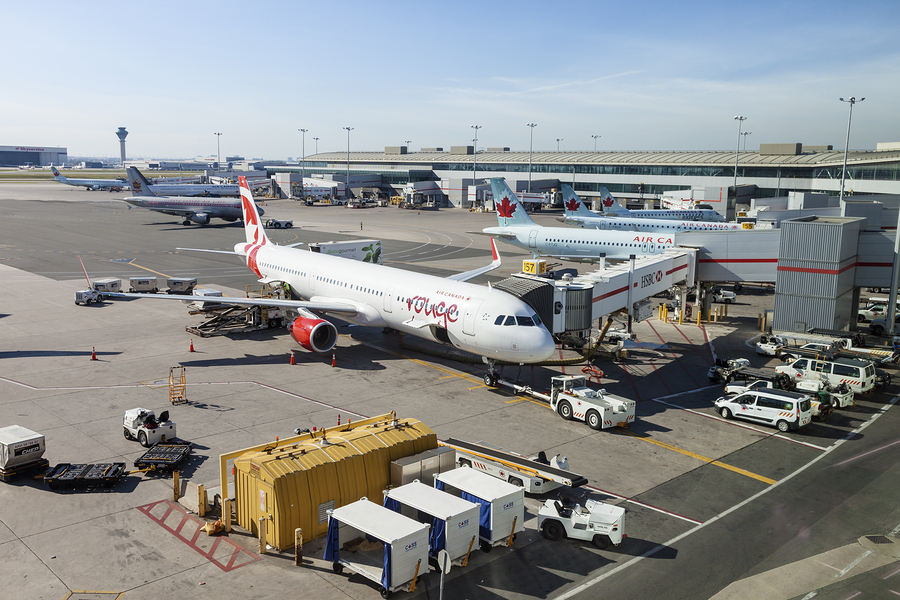 Air Canada and rouge airplanes at the Toronto Pearson International Airport in 2017.

By one measure, airlines treat every passenger as if they were unique.

On any given flight, there may be 100 different fares paid by individual travelers depending on where they are seated and when they booked.

Yet, airlines aren’t the only industry doing this. From hotels to movie theaters and drug companies, lots of firms charge different rates to consumers.

“Price discrimination is common and we think it’s actually growing,” said Ambarish Chandra, assistant professor of economics at the University of Toronto, in an interview with the AEA. “With technology companies, the more data they have on consumers, the easier it is for them to price discriminate.”

Yet, there’s a lot that economists still don’t know about how price discrimination works, especially in competitive markets.

In a paper published in the May issue of the American Economic Journal: Microeconomics, Chandra and University of Toronto economist Mara Lederman looked at how competition in the airline industry affected the ticket prices for various classes of passengers. Would prices come down for the more expensive business-class seats, where there was more padding in the price, or the cheaper economy class where consumers are more likely to switch carriers for the lowest cost ticket?

The answer is both...and neither.

“The story is much more nuanced,” Chandra said.

Paying what price?
Competition had a clear impact on the prices Air Canada charged to customers in Toronto. However, the impact was only on mid-priced tickets. The cheapest and most expensive seats stayed the same.
Source: author data

Chandra and Lederman designed a simple model with three types of travelers. First, there were cost-conscious leisure travelers. These were people on a budget, bargain hunters willing to switch to the cheapest carrier or maybe even opt to drive instead of fly if the price wasn’t right. Then there were mid-range “business travelers” — people who had to fly, but who weren’t brand loyal and could be swayed by competition. Then there were the high end business travelers, the least price-conscious who would stick with a particular airline for the loyalty rewards or convenience.

Examining data from the Canadian airline industry — a market dominated by one major carrier (Air Canada) and with a few smaller competing airlines — they found that the biggest impact from competition was in the mid-price range.

Fares at the extremes stayed the same, while those between the 15th and 75th percentiles of the distribution dipped significantly, by 7-8 percent.

The results — which are the first to empirically show this U-shaped relationship between price discrimination and competition — help reconcile a long-standing conflict in how economists thought about this problem. At one end were researchers like Severin Borenstein and Nancy Rose, who showed that competition led to increased price discrimination. More than a decade later, Kristopher Gerardi and Adam Shapiro found evidence that the opposite was true.

This paper says it’s more complicated than that. Competition didn’t stretch prices between the extremes, but it certainly changed matters for people in the middle.

“The story is much more nuanced than Borenstein and Rose, or Gerardi and Shapiro thought,” Chandra said.

“Revisiting the Relationship between Competition and Price Discrimination” appears in the May issue of the American Economic Journal: Microeconomics.

How do consumers estimate inflation?