There are important considerations beyond incentives to work more. 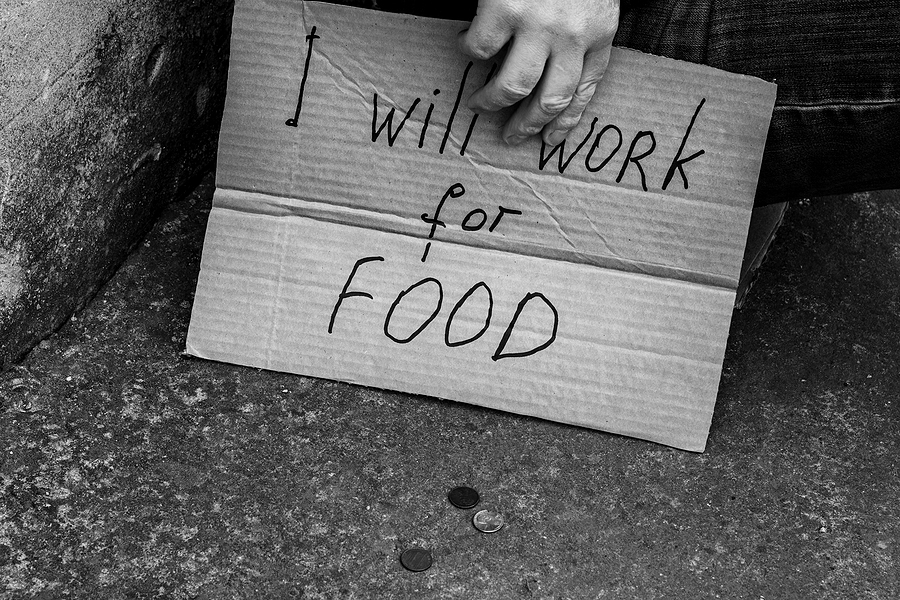 When policymakers think about redistributive programs for alleviating poverty, they typically focus on just one measure—income.

A paper in the American Economic Journal: Microeconomics proposes a way to think about measuring poverty that incorporates well-being. Authors François Maniquet and Dirk Neumann say that if the goal is to improve the quality of life for the poor, then societies must recognize that there are important considerations beyond incentives to work.

Consider the needs of families, for example, who might value time with their children over earning a little more money at a minimum-wage job. Working an extra shift may not be worth the additional expense of child care. It’s easy enough to incentivize individuals to work more by reducing the level of welfare benefits they are receiving, but not without costs.

“If you decrease the welfare benefits they are entitled to while not working full time, of course at the end of the day, they will work full time and earn more,” Maniquet said in an interview. “But it will be at the expense of their welfare and maybe the welfare of the kids.”

The authors develop a model that considers social preferences and how long individuals would have to work to reach the poverty line.

Global organizations like the OECD already collect and examine data on the amount of labor time it takes citizens in various countries to reach the poverty line. The authors’ research provides a theoretical foundation for giving those criteria a more central role in how we evaluate things like “income adequacy” and “work incentives.”

If you decrease the welfare benefits they are entitled to while not working full time, of course at the end of the day, they will work full time and earn more. But it will be at the expense of their welfare and maybe the welfare of the kids.

To evaluate a tax system for a particular type of household, the authors calculat the maximum labor time it would take for that household to earn enough to reach the poverty line. The authors focused their evaluation on a particular scenario—an impoverished single parent earning minimum wage with two adolescent children to support.

In the United States, the authors’ model found that reaching that threshold requires working roughly half-time—51.13 percent. Other countries performed better. The same family in Germany, Ireland, the Netherlands, and the United Kingdom would not have to work at all. The benefits they receive from the state would be enough to bring them up to the authors’ poverty threshold. Meanwhile, low-skilled households in Greece, Portugal, and Spain would find it impossible to get out of poverty, even by working full time.

Working to the poverty line
Using their model that considers well-being, the authors calculated the maximum amount of time it would take an impoverished single parent with two adolescent children to reach the poverty line. Several countries—Germany, Ireland, the Netherlands, and UK—required no labor time. Meanwhile, low-skilled workers in Greece, Portugal, and Spain would find it impossible to get out of poverty even by working full time.
Source: authors calculations

Importantly, the model yields different results for different scenarios. Some countries have a better tax system for supporting poor married couples with children, or single people below the poverty line, for example. Also, these findings rely on the assumption that everyone who is entitled to benefits actually receives them.

“We know that, practically speaking, a lot of people remain way below the poverty line, even in those countries (like Germany or Ireland),” Maniquet said. “But what we show is that it does not come from the tax system per se. It comes from the low take up and the fact that the legal tax system is not enforced.”

Maniquet says that their model can be of practical use to policymakers and economists in evaluating poverty around the globe. Computing the statistics is fairly easy, he said. And while the authors’ research can’t speak to issues regarding whether poor families actually receive benefits from the state, it can at least inform how tax systems are designed.

“There are different ways of evaluating poverty in different countries. I’m certainly not claiming that this is the only one,” he said. “But this is one that gives a different picture, one that is consistent with the welfare of the people, and one that is specific to the effectiveness of the tax system per se, independently of the other problems.”

“Well-Being, Poverty, and Labor Income Taxation: Theory and Application to Europe and the United States” appears in the May 2021 issue of the American Economic Journal: Microeconomics.