The AEA interviews Rema Hanna and Benjamin Olken about whether universal basic income programs are the best way to provide aid in the developing world. 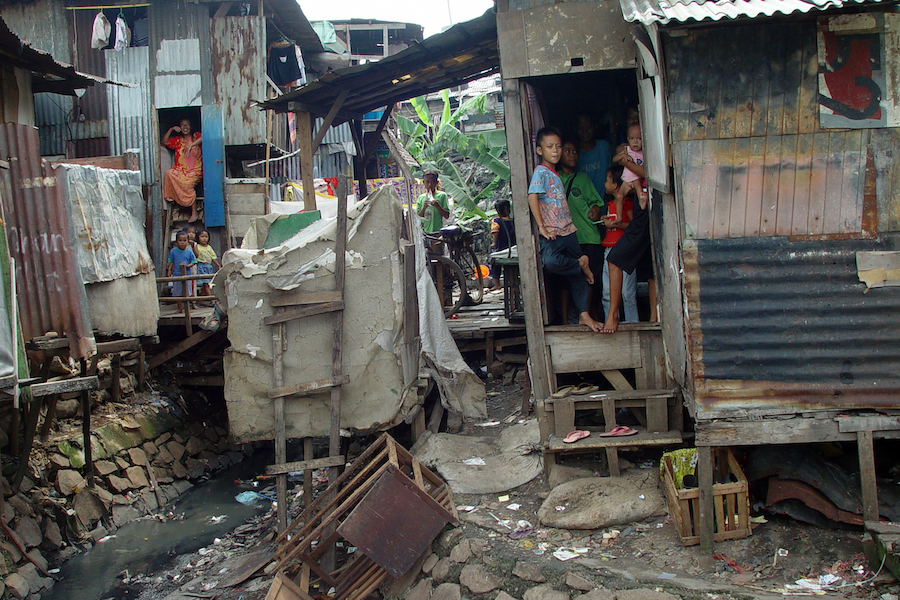 The authors of a recent JEP paper looked at anti-poverty programs in Indonesia to compare the effectiveness of targeted assistance programs with universal basic incomes.

Programs that provide assistance to the poor will be critical in helping reach the UN’s goal to eliminate extreme poverty worldwide.

But it’s tough to know where to distribute that aid. Identifying low-income people in developing nations is incredibly difficult. A majority of people work in the informal economy and don’t file tax records, leaving the government to make an educated guess about how much people earn.

This has raised questions about whether programs should even bother with targeted aid, and just cut paychecks to everybody to ensure the neediest citizens get some kind of help.

But the simple solution may not be the best one, according to Rema Hanna and Benjamin Olken.

Their paper in the Journal of Economic Perspectives lays out the trade-offs involved in opting for broad universal basic income programs versus narrow targeted ones that offer larger payments to fewer people.

Hanna and Olken spoke with the AEA about the challenges of determining which citizens qualify for assistance in developing countries, the trade-offs that need to be considered, and how the conversation around universal basic income is different for wealthy countries like the United States.

The highlights of that interview, edited for length and clarity, are below. A longer audio version can be heard using the media player.

AEA: So a person like Mark Zuckerberg would be getting the same amount in his check as say a construction worker in Cleveland?

AEA: Can you give some examples of universal basic income programs that currently exist?

AEA: Your paper was most concerned with developing countries. How is the conversation in those countries different from places like the United States?

Hanna: I think one of the big differences between developing and developed countries is the capacity of the tax departments. In many developing countries, very few people are paying income taxes. My colleague Anders Jensen has a very nice paper showing that only 15 percent of people pay income taxes in developing countries. So, when you start thinking about how you're going to pay for universal basic income in a developing country, the first thing you notice is that you're (taxing) a very small percentage of the population, which might have different incentive effects. Also, where you'd want to tax back the universal basic income from someone like the Bill Gates of the world, if they're not in the tax net, Bill Gates would be getting the same amount of money as the janitor.

Olken: Let me back up and say the more general question is what does a targeted transfer look like in a developing country? Because of the fact that some larger fraction of the population doesn't pay any income taxes at all, the government really has no idea of what the income levels are of most of the people in the country. So we don't even know if you're in the bottom 5 percent and you're super poor or you're in the 60th percentile and you're kind of middle class.

AEA: So looking at your assets or something like that? What you own?

Olken: Exactly. This is actually kind of like a herculean task at some level. ...What governments do is they actually run a census or a census of anybody who might possibly be poor, so they'll go around door-to-door and every household would enumerate what their assets look like. What kind of house do you live in, how big is it, what kind of walls do you have, what kind of roof do you have? The government will construct sort of a census of assets...to predict your income. And they're going to target based on your predicted income.

The problems with targeting on predicted income is that the prediction is imperfect. Some people may be richer than maybe we predicted based on their assets or poorer than we predicted by their assets. That's going to lead to two different types of error. It's going to lead to inclusion error, which are people who are not actually poor who are mistakenly identified as poor and exclusion error, which is the converse of that, which is people who are actually poor but who are mistakenly identified as not poor.

AEA: Getting to why you chose Peru and Indonesia, what did those two places offer you that enabled you to study this?

Hanna: For about the past 10 years or so, Ben and I have been working with the government of Indonesia, studying how to improve the method of targeting. How do you actually identify who is poor in these contexts when you don't have income information. ... Ben and I started having a debate about the policy context of the UBI and how it compares to the targeted programs in Indonesia right now. So we started wanting to look at the data for Indonesia. And we wanted to choose another country or two that had similar types of targeted systems to understand whether or not the results we would find in Indonesia had validity in other contexts. That's how started looking at Peru, which also does their own proxy means testing and has similar types of transfer programs.

AEA: If we're talking about inclusion error and exclusion error, what are ways to minimize the impact?

Hanna: Suppose you decided that you wanted to ensure that no rich people got the policy, the simple way to do that is not to give out transfers to anyone. If you wanted to ensure that everybody got a little bit of something and you wanted to make sure that no poor people were actually excluded, the way to do that is to do what a UBI says, is basically to give the same amount and give it to everybody in the economy. What we find in the paper is that when you do that, you either have to increase your budget allocation by a lot more, or for a given amount of government budget, if you're giving it out to everybody, you're giving everybody a much smaller amount. So you're making this tradeoff of I can give it to everybody and make sure no one is excluded, but then in that case, I'm giving the poor a much lower benefit.

AEA: So what ultimately did you find (was better), in terms of those tradeoffs?

There are a lot of deserving people who were just going to be left out because the statistical targeting process is imperfect. On the other hand, the amount that you can give the people who are on your beneficiary list is so much higher, that under some reasonable assumptions, we think that that's a better way to go.

AEA: Some of these pilot programs that are happening elsewhere in the United States or Canada, what should they be taking away from your research?

Stepping back, an important point we want to make is that you can't think about these UBIs in isolation without thinking about the overall total tax code that we put in place. The way I think about some of these pilot programs is that they're thinking about one piece of a UBI, which is how does it change your decision-making to know that you're going to have a floor that is not going to be zero. If you earn zero, you're going to have some positive income, how does that change things? That's an important piece of the things you might want to know to analyze these things, but it's not the only piece, because you want to think about what happens in the whole tax system.

Universal Basic Incomes versus Targeted Transfers: Anti-Poverty Programs in Developing Countries appears in the Fall issue of the Journal of Economic Perspectives. Music in the audio is from Podington Bear.

A better way to feed the poor