All in the family

Having central relations in a community can be critical for aspiring politicians. 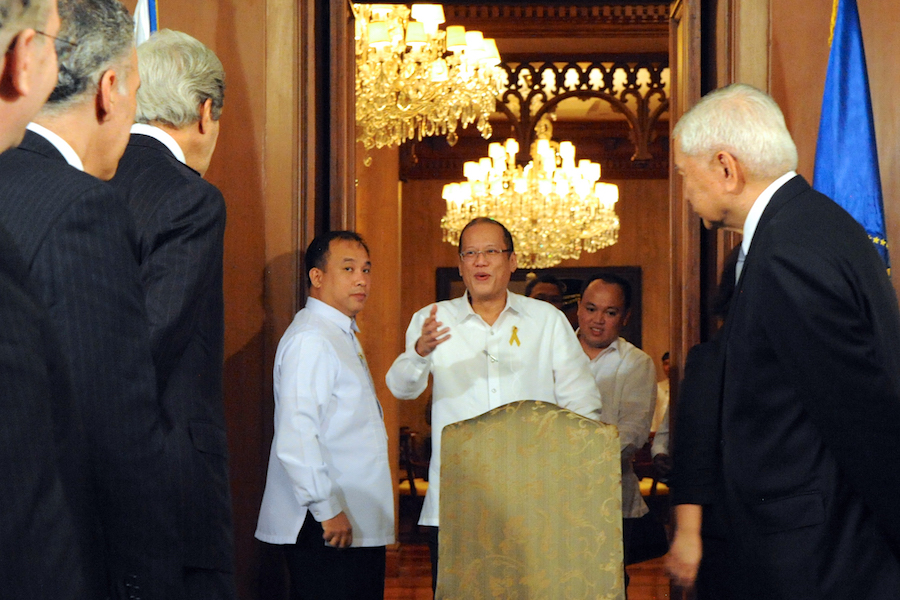 U.S. Secretary of State John Kerry and his delegation are greeted by President Begnino Aquino of the Philippines before a bilateral meeting and dinner at Malacanang Palace in Manila on December 17, 2013.

It’s everywhere in the optics and sloganeering, with candidates talking about family-friendly policies, boasting of their “family values,” or how they “put families first.”

But it’s not just about messaging. In many countries, a candidate’s family is a very practical part of winning public office.

A paper in the October issue of the American Economic Review says that candidates from families that are central in a community (i.e., connected to other families that are similarly well-positioned) are more likely to win elections than competitors outside the network.

Well-connected families are effective in politics not just because they are the wealthiest in town or because they have a recognizable “brand.” Rather, central families open opportunities for politicians to amass close political allies through back-scratching quid-pro-quo agreements that translate into votes.

Believed to be the first large-scale study of effects of political family networks on elections, the paper raises important questions around how to hold leaders accountable and ensure the most talented politicians serve in public office.

“If you've ever worked in the developing world… you'll quickly realize that ‘knowing someone who knows someone’ is often the only way to get anything done,” said Cesi Cruz, who co-authored the paper with researchers Julien Labonne and Pablo Querubin, in an email to the AEA. “But applied to politics and business, this dynamic can undermine electoral accountability and economic growth when these networks become so important that they can prevent talented but unconnected individuals from entering politics and business.”

If you've ever worked in the developing world… you'll quickly realize that ‘knowing someone who knows someone’ is often the only way to get anything done.

Their paper offers insights about what influences electoral victory in developing nations, and comes at a time when, even in advanced democracies like the United States, much of the conventional wisdom surrounding politics has been upended.

Politicians don’t operate in an institutional vacuum, Cruz said. They’re part of families and social groups that shape their incentives, which are important to understand because they can shape the politician’s decisions in office.

The researchers chose to focus on the 2010 mayoral elections in the Philippines, collecting data on 20 million individuals across 15,000 villages. The island nation’s decentralized system meant that municipality-level positions come with real budgetary power, Cruz said. That  meant that they could study a large number of elections that “actually matter.”

As is common in the United States family names in the Philippines have three parts — first, middle, and last. But, in the Philippines, a shared name denotes a family relationship, unlike in the U.S., where two people named Jones or Smith might not be related. Also, both the middle and last names connect to a specific family member. The middle name for men and single women corresponds to their mother’s maiden name. For married women, it is the father’s family name. The last name comes from the father’s side for men and single women, and the husband for married women.

This allowed the authors to create vast networks that they could use to determine how “central” a candidate’s family was in any given municipality.

Political Connections
Politicians tend to come from the most well-connected families in a community. The figure below shows an actual network of families within a municipality in the Philippines. The large black node is the family of the winning mayoral candidate, which also happens to be centrally connected to other families in the community. The large purple node with fewer connections is the family of the losing candidate. The smaller nodes are families without a candidate for mayor. 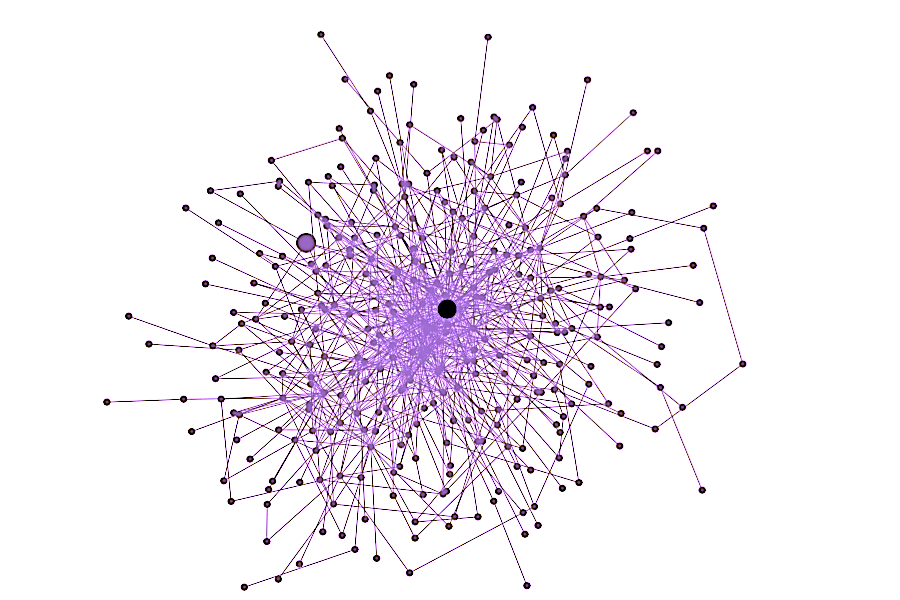 Winning mayoral candidates were much more likely to come from families that were at or near the center of the village’s social network, meaning that they had more direct links to other people in the community.

To some, this might be obvious, but making those connections and proving the influence of network centrality on an election is challenging.

“Other than studies of Facebook, Twitter, and social media platforms, empirical social network analysis requires extensive surveys to catalog links between individuals,” Cruz said. “Furthermore, the effect of network centrality is hard to disentangle from other factors like education, family size, wealth, income, or social status.”

The degree to which family networks matter may differ across other countries, but they’re still relevant in larger democracies like the United States, Cruz said. Consider that a Clinton or Bush has been in every presidential election since 1988.

This isn’t good news for aspiring public servants who find themselves on the outside of a politically powerful family. But banning dynastic candidates or setting term limits isn’t the answer, Cruz said. If families are key to political organizing, then decreasing their influence doesn’t guarantee that the replacement will be something that resembles a functioning political party.

“The question isn't so much about how we can get rid of family networks in politics,” she said, “but how we can foster programmatic political parties in these challenging environments.”

"Politician Family Networks and Electoral Outcomes: Evidence from the Philippines" appears in the October issue of the American Economic Review.

Lobbying politicians through their business interests

How much indirect lobbying happens when politicians retain a financial stake in private enterprise?