Lobbying politicians through their business interests 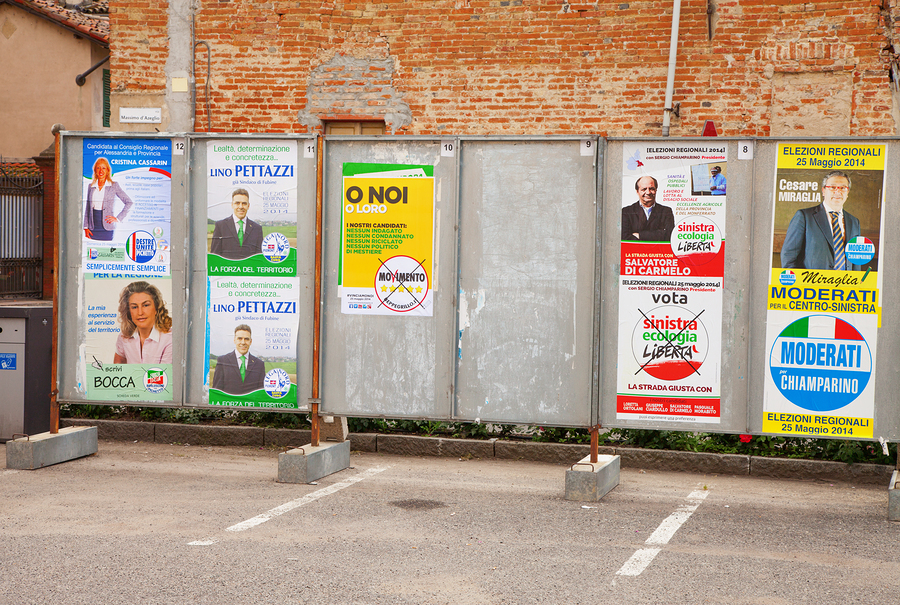 Election posters during a 2014 campaign in Italy

Many politicians have been elected to office after having amassed vast fortunes for themselves in private business. Donald Trump is perhaps the most obvious recent example, but more than two decades before Trump ascended to the American presidency, there was the billionaire businessman Silvio Berlusconi.

When the media mogul was elected prime minister of Italy in 1994, Berlusconi represented perhaps the most egregious concentration of business and political interests in the world. There was nothing illegal about it though. Italy had no rules forbidding political leaders from keeping their business interests while in office and there was no tradition of setting up blind trusts for politicians with a stake in companies.

This unique arrangement made Berlusconi an obvious target for “indirect lobbying,” in which industries sought to curry his favor not through campaign contributions, but by advertising with his various television channels. 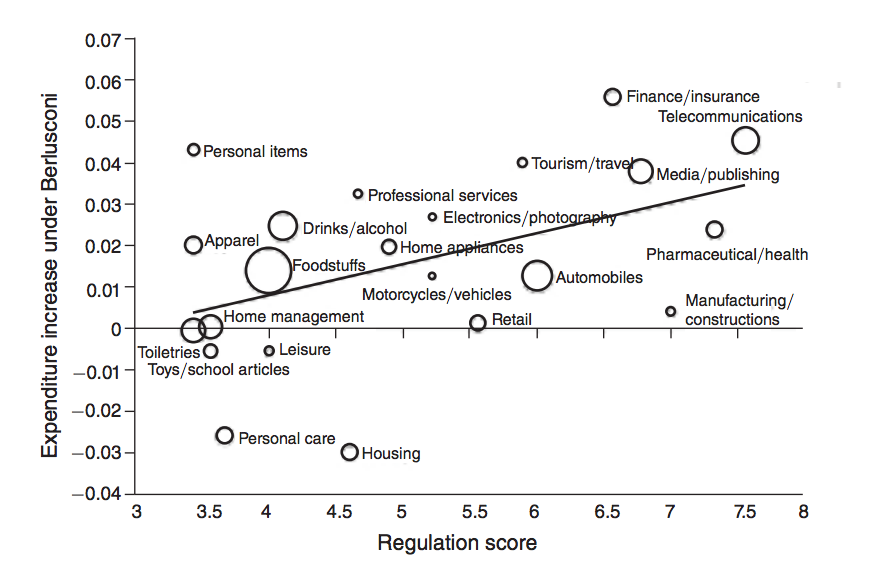 A paper in the American Economic Journal: Applied Economics that received a 2017 AEJ Best Paper Prize examined advertising spending in Italy during 1993-2009, a period in which Berlusconi was in power three separate times even as he controlled Italy’s major private television network, Mediaset. Figure 5 shows the changes in the share of television advertising spending for various sectors.

The authors found that companies, particularly those in regulated industries, spent significantly more on advertising with Mediaset channels during Berlusconi’s time in office. Indeed, they estimate that Mediaset profits increased by one billion euros during the period.

We analyze a novel lobbying channel: firms shifting spending toward a politician's business in the hope of securing favorable regulation. We examine t...