Motivated to serve and protect

New study explores the trustworthiness of applicants to the German police force. 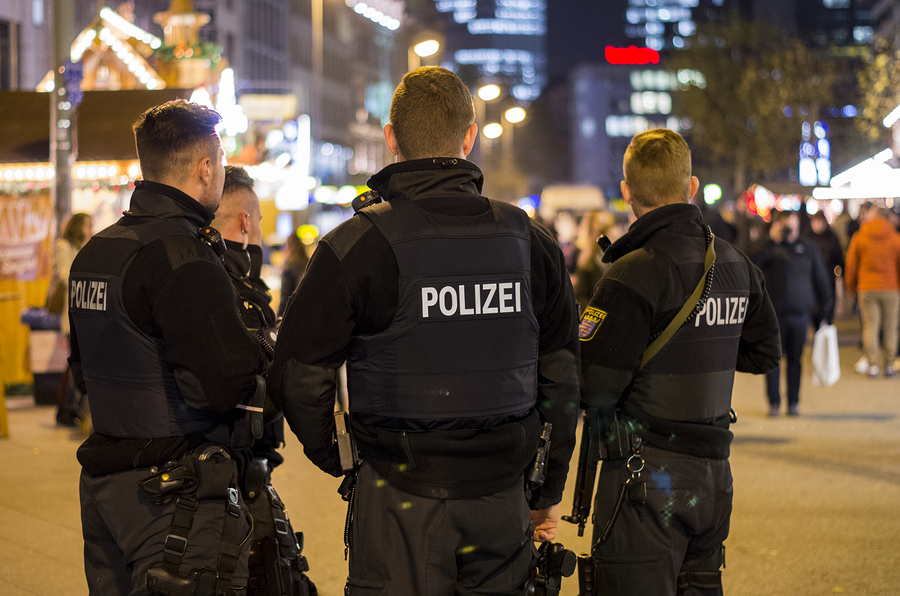 German police officers watch over a night Christmas market in Frankfurt am Main.

Suppose you were in a minor car accident, or had a dispute with your neighbor, or maybe your home was robbed. A lot of people’s first move would be to call the police.

But not everybody. Even in serious circumstances, their decision might depend on their perceptions of police.

“There are clearly countries where people would never trust the police,” said economist Michael Kosfeld, in an interview with the AEA. “And then there are countries like Germany, where they do.

“Trust is extremely important for societies to function well.”

But understanding why the public trusts the police—or any institution—is more difficult. A variety of factors that include demographics, wealth, and political stability influence someone’s perception of the competence and trustworthiness of government agencies.

Trust is extremely important for societies to function well.

In the November issue of the American Economic Journal: Microeconomics, Kosfeld and co-authors Guido Friebel and Gerd Thielmann consider whether trustworthy institutions attract more honest people to work there. They wanted to know if the police force made officers more trustworthy or whether trustworthy people joined the force.

Experiments with local German law enforcement showed that police applicants were more trustworthy than peers who chose other career pursuits. Additionally, they were more invested in upholding social norms.

The empirical findings come amid heightened concerns of police misconduct in other countries like the US, and potentially point to alternative models for recruiting a more qualified pool of applicants.

Police work is seen as a viable long-term career path in Germany, which invests heavily in education and opportunities for professional advancement. That may be part of the reason it attracts a pool of applicants whose values are more aligned with the characteristics sought by local departments, Kosfeld said.

“It highlights this potential role of well-designed and high-quality education within an organization to attract the right people,” Kosfeld said.

Trust in the German police has not always been so high, especially the dark period around World War II. But now more than 80 percent of the German population say they trust police agents, which is 11 percentage points higher than other European countries.

The education and training involved in joining the German police is on par with white collar professions. Entrants must have a high school diploma and, once accepted, go on to earn a bachelor’s degree. There are other opportunities to earn advanced degrees and rise up the ranks throughout a career.

That signals to the community the value the government places in police professionalism, potentially shaping public attitudes. It’s an agency to be trusted, and one that seeks honest and ambitious officers.

The authors wanted to test whether applicants were more trustworthy than peers. They collected data on 459 police applicants to two German police agencies, who participated in a trust game. (For more on trust games, check out this fun exercise.)

When police applicants received money from their game partner, they shared more of the returns with their partner than did people who were not pursuing police careers.

In a second “reward-and-punishment” game, applicants stepped into a third-party role that enforced norms of trust between two players. They could either reward or punish the players’ decisions about whether and how much money to share. In essence, they were “policing” the game. Although they were no more likely to hand out consequences, when they did, the rewards and punishments they chose were greater.

“Not that they punish or reward more, but it’s just a higher intensity,” Kosfeld said. “People have a concern for fairness.”

Importantly, the players knew that their actions—or even decision to participate in the experiment at all—would not affect their chances of being accepted into the police training program. Their motivations were based on their own internal beliefs.

No doubt the results might be different in other contexts like Mexico or Greece, where reports of police corruption are more rampant, and applicants may have other motivations besides upholding the law. But Kosfeld said the experimental design could be applied outside Germany. It could be tweaked to measure individual motivations, whatever they might be, and figure out how to attract the applicant pool institutional authorities desire.

“The overall question is the same,” Kosfeld said. “What kind of selection do you get when people have the possibility to self-select into these kind of professions?”

“Trust the Police? Self-Selection of Motivated Agents into the German Police Force” appears in the November issue of the American Economic Journal: Microeconomics.

A token of trust

How important are monetary systems in getting people to cooperate in large-scale interactions?