A token of trust

How important are monetary systems in getting people to cooperate in large-scale interactions? 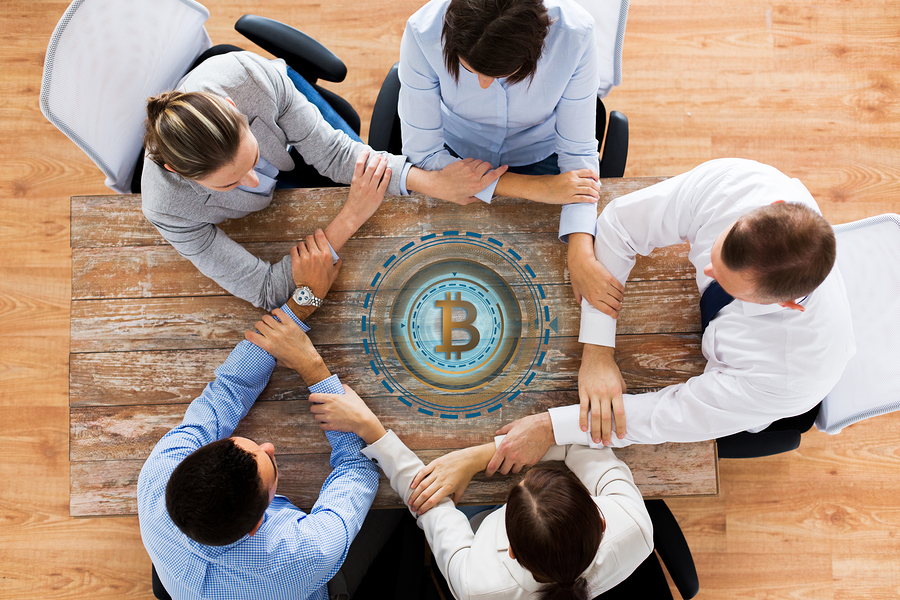 You walk into a cafe for a cup of coffee. A few bills in hand, you pass them to a barista you’ve never met before, who then pushes forward a cup of your favorite roast.

That’s the simple power of legal tender. It establishes immediate trust between two people. You get the coffee, the cafe gets currency to use in other transactions. Everybody’s happy.

But what happens if we take away the “legal” aspect of “legal tender.” There’s no central bank, institution to enforce its legitimacy. Suddenly, transactions between strangers get a lot more complicated. Even if the barista trusts you—a regular customer—they may not be as generous with other people who come through the door.

Researchers Maria Bigoni, Gabriele Camera, and Marco Casari wondered whether money alone was enough to establish trust among individuals, to encourage even large groups of people to cooperate when all other institutions were absent.

In the American Economic Journal: Microeconomics, they say that money can foster cooperation among strangers so that they work together in larger groups and increase prosperity. The paper provides insights into the importance of monetary systems in economic development and comes amid larger questions about the role that digital currencies have to play in the global economy.

“It’s like a language, money,” Camera said in an interview with the AEA. “The more people speak the language, the more valuable it is to learn the language.”

Trust is essential to growth. Without it, there would be no trade or productive partnerships. Two friends might be willing to barter goods or services, knowing each other well enough to believe the other will make good on their promise. Trust diminishes as more people get involved, and yet large-scale cooperation is essential to realize more profitable gains.

Other researchers have focused on the role that enforcement or punitive institutions can play. But Camera and his co-authors wondered whether tokens—which were intrinsically worthless—would lead groups of people to work together.

In the experiment, participants played a “helping game” either in partnerships or a group of strangers. They could choose which one. The rewards were greater in a large group, but then there was a higher risk of getting taken advantage of by free riders.

In theory, everybody should just decide to work in large groups. But in practice, it proved more difficult to get people to trust complete strangers, so they stuck with a familiar partner. 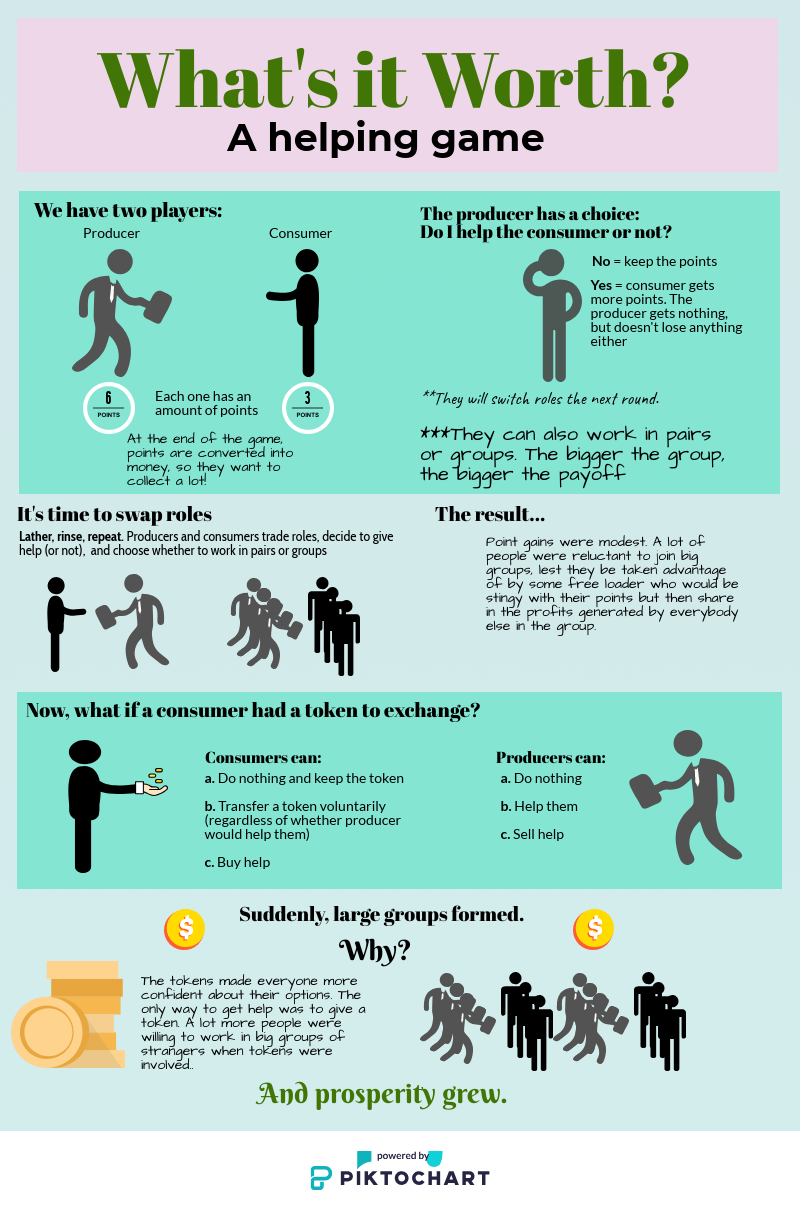 That’s where the tokens came in. Even though they were worthless — they couldn’t be spent outside the game or traded for money— they came to represent something to the players. The token represented trust. Players who’d collected tokens were those who seemingly had a track record for delivering on whatever they promised (e.g. a good or service) in exchange. More cooperation ensued, and profits grew quickly.

Without the tokens, players were reluctant to work in large groups. They stuck with a partner they trusted more, even though the payoff was less.

“It’s a barren token. There is nothing to it,” Camera said. “And somehow these experimental societies manage to use it, to exploit it in order to build trust.”

Viewed optimistically, the experiment shows that societies are naturally inclined to create institutions that help them build trust. Technologies like crypto currencies, to the extent that they improve cooperation and trade, can open untapped markets.

“If there is money to be made, are you going to leave it on the table or develop a way to collect this money?" Camera said. “It’s a positive message in that individuals learn to take advantage of this technology to increase the value in society.”

"Partners or Strangers? Cooperation, Monetary Trade, and the Choice of Scale of Interaction" appears in the May issue of the American Economic Journal: Microeconomics.