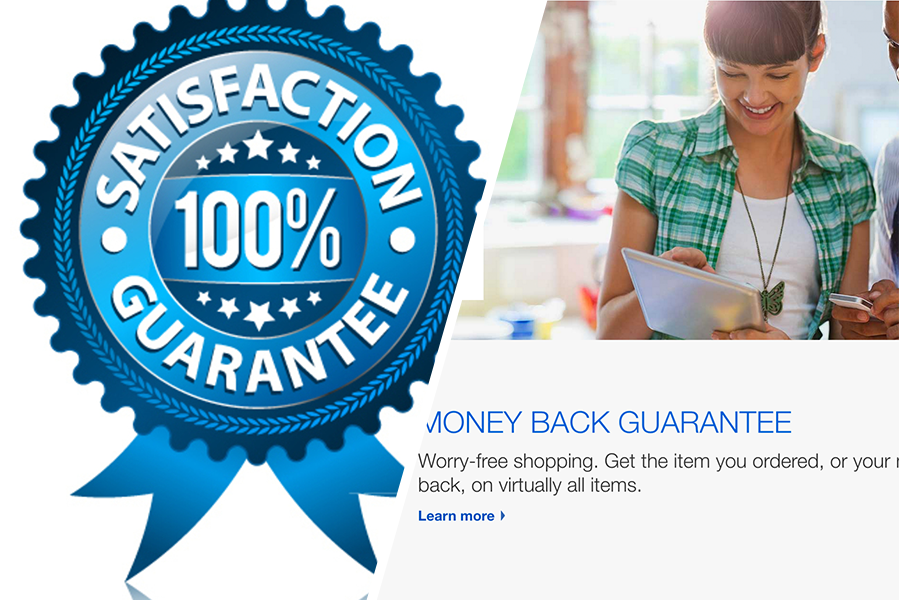 Holiday shoppers are about to spend billions of dollars over the next few weeks, and retailers will be dangling can’t-lose deals to capture buyers.

But savvy shoppers know that a suspiciously low-priced TV may not be the bargain it seems. What if it’s of such poor quality that it breaks in three months? If the shopper doesn’t already trust the brand, they may not be willing to put down the cash.

A paper in the November issue of the American Economic Journal: Microeconomics considers the extent to which “satisfaction guaranteed” offers can overcome these transactional standoffs, and whether sellers’ moral obligations to provide fair value can offset their incentives to cheat customers.

The paper sheds light on how such guarantees can add fairness and efficiency to markets without regulatory intervention.

Markets work best if the buyer and seller can both trust each other, when what they claim about the product is true and what they say they’ll pay is honored.

“Markets work best if the buyer and seller can both trust each other, when what they claim about the product is true and what they say they’ll pay is honored,” author James Andreoni said in an interview with the AEA. “Lacking that, efficient trades won’t be made.”

The question of trust between buyers and sellers is especially important as consumers buy more products online. Online shoppers often have to trust an unfamiliar retailers to hold up their end of the bargain on product quality when they can’t physically inspect the item.

Money-back guarantees are a common strategy for winning that trust. Afterall, how could a shopper lose if they know they can get their money back?

The Federal Trade Commission has the authority to enforce “money-back” promises from sellers, but that doesn’t mean that it always will. Some purchases are so small that they might not be worthwhile for the buyer to file a complaint, a situation that unethical sellers might be willing to exploit.

Andreoni ran lab experiments in which he gave two people each $10 and had them engage in various games that included binding and nonbinding guarantees, and also scenarios with no guarantee. 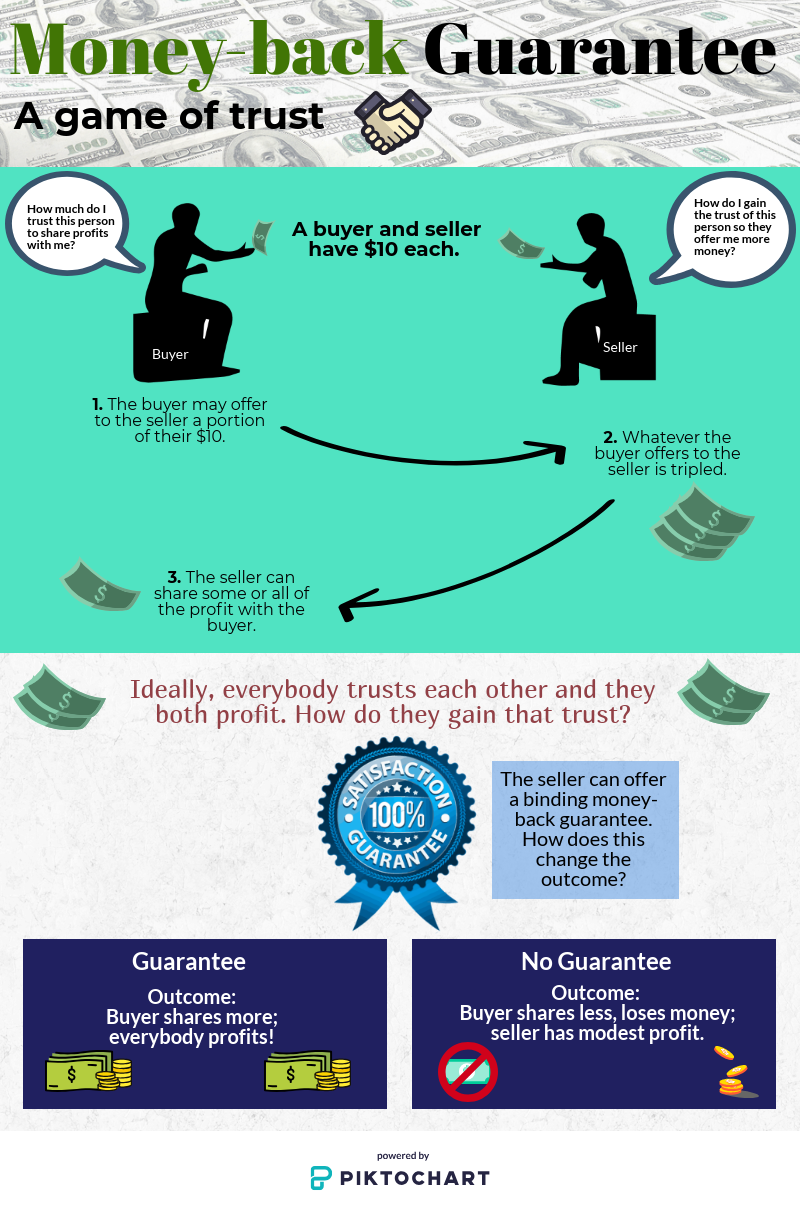 When enforced, satisfaction guarantees dramatically increased trust and the efficiency of a transaction. But it wasn’t just the threat of legal action that compelled sellers to honor refunds. Andreoni found that a seller’s sense of moral obligation often influenced their decisions more than their incentive to cheat buyers.

Even when the guarantee was nonbinding, sellers who offered it not only held up their end of the deal, but the benefits to buyers went up significantly. Sellers provided on average $7.30 to a buyer who originally offered $5.60.

In cases where the seller didn’t offer the guarantee, even though it was nonbinding, there was still a kind of honesty to it, Andreoni said.

By refusing to offer a nonbinding promise, they were essentially telling buyers: I’m going to take your money and, if you ask for a refund, I’m not going to give it back. But, at least, I’m not suggesting otherwise.

“There’s an honesty bone in that person’s body that says not to do it,” he said. “Don’t trust me. If you do, shame on you.”

Still, the lack of a guarantee hindered transactions regardless of the intent of the seller. When sellers opted not to offer a nonbinding guarantee, buyers were willing to put down just $1.80-$2.70, significantly less than the $5.60 to $5.70 they offered when an unenforceable guarantee was offered.

Even though a nonbinding guarantee increased trust and made buyers better off, they could have gained more with some way to enforce it. Of those who sought refunds when sellers could choose whether to provide it, only 17 percent of the refund requests were honored.

“You get far less efficiency when you have everything voluntary,” Andreoni said. “The market doesn’t collapse in the end, but it becomes much less efficient when things are all voluntary.”

Andreoni is cautious to offer any major lessons for retail stores heading into the holiday shopping season. This was a just a lab experiment with college students, after all.

But it suggests that such money-back guarantees might be successful because they tap into buyers’ and sellers’ moral concerns. They feel some sense of obligation to honor the exchange, not just an opportunity to exploit their advantage.

Also, it hints that seller promises alone may not be enough to fully win over consumers’ trust. Buyers want to know that there’s an agency like the FTC that will have their backs, even if they never intend on turning to them for help.

Ensuring that everybody wins

Can bonus programs be designed to benefit workers while growing company profits?