Would doctors prescribe different medications if they knew how much people had to pay for them? 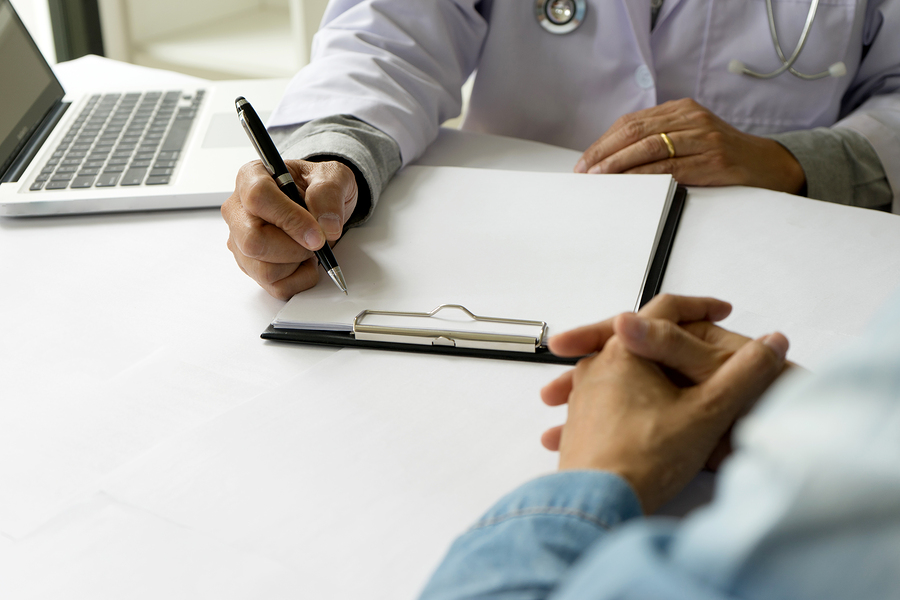 A paper in the February issue of American Economic Journal: Economic Policy finds that doctors are sensitive to the prices patients pay for prescription medication.

Americans are emptying their wallets to cover medical expenses amid increasing treatment costs and changing insurance plans that heap more of the financial burden on patients.

Expensive prescription drugs — which account for 10 percent of all health expenditures — can make life especially difficult for cash-strapped families.

But patients may have a powerful ally as they try to keep spending down: their doctor.

A paper in the February issue of the American Economic Journal: Economic Policy says that physicians are sensitive to patients’ financial situations and will prescribe less expensive medications for lower-income people, as long as there is a well-known generic option available. The research highlights a flaw in how insurance companies are trying to incentivize patients to choose less expensive drug options and points to a potential benefit of providing more information to doctors about patient costs. The paper is the first to measure the scope and consequences of this information problem and comes amid rapidly increasing health spending, particularly for prescription drugs, on which spending is expected to reach $610 billion in the next few years.

“In our healthcare system, there’s more attention on encouraging patients and doctors to make cost-effective decisions,” said Mariana Carrera, who co-authored the paper with researchers Dana Goldman, Geoffrey Joyce, and Neeraj Sood. “The irony is that it requires heroic effort on the part of consumer and doctor to try to figure out the cost of service or treatment options before they are actually performed.”

The fragmented system of care in the United States makes it difficult to know how much a patient will pay for treatment. Providers have separate agreements with insurers, which means nobody actually ends up paying “list price.” Patients often don’t know what they will pay for prescription drugs until they get to the pharmacy.

It requires heroic effort on the part of consumer and doctor to try to figure out the cost of service or treatment options before they are actually performed.

Insurers have tried to push patients to buy cheaper drugs by moving to “incentive-based” formularies that put competing drugs in different “tiers” of coverage, which tend to favor generics and discounted brand drugs. The problem is that the doctors prescribing the medication don’t typically know which drugs fall into the various tiers.

Traditionally, physicians have prescribed medications based on clinical evidence, regardless of cost. But as patients assume more out-of-pocket costs, the calculation has changed for practitioners. After all, doctors want to ensure the people under their care can afford the treatment they recommend.

Drug costs typically decline when the patent expires for a branded medication, opening the market to competing generic alternatives. Often, these patent expirations are widely reported in mainstream news so it’s likely that most doctors are aware when cheaper generics are about to become available.

Carrera and her co-authors wanted to know whether this knowledge, combined with whatever information doctors could glean about patients’ financial situations, would lead them to prescribe the patent-losing drugs more often.

Generic competition
The prices that patients pay for medication drop dramatically when generic versions become available. The figure below shows what happened when the patents of two popular branded statins -- Zocor and Pravachol -- expired in 2006. The other drugs remained on patent and one, Mevacor, was a generic. The shaded area represents the period after the patents for Zocor and Pravachol expired. The prices represent the average co-pay for a 30-day supply of each drug.
Source: author data (2018)

The researchers studied medical and pharmaceutical claims data for patients between the ages of thirty and sixty-four, examining how prescriptions for cholesterol drugs known as statins varied according to a patient’s co-pay — their share of covering the drug cost — and income.

Doctors were not much swayed by insurers’ incentive-based formularies. There was barely any effect on prescriptions when patients faced rising co-pays for Lipitor, but that doesn’t mean that doctors were indifferent to their patients' pocketbooks. They likely just didn’t know unless the patient told them.

But doctors respond more strongly when something is in the news. For example, when the patent for the popular drug Zocor expired in 2006, prescriptions for that drug increased more than predicted. This suggests that doctors acted more on a hunch about how much Zocor would cost patients after it faced competition from generics, rather than actual information.

Doctors also have a hunch about which patients are perhaps in financial distress. This, too, affects their decisions.

If doctors knew everything about their patients’ co-pays, the authors estimate that people with annual incomes below $50,000 would be prescribed drugs costing them up to $2.88 less per month, while people earning over $80,000 would have their costs drop by less than a dollar per month, according to the authors’ estimates. Doctors appear to be more sensitive to medication expenses for needy people.

Even that little bit of a cost savings can go a long way for low-income people with chronic conditions, Carrera said.

“The average copay is $20. That’s basically paying like 10 percent less,” Carrera says. “That doesn’t sound like much, but if you consider that these are meant to be taken on an ongoing basis, that adds up.”

The impact could be even greater with the expanded use of digital health records, she said. Perhaps a consumer app could be developed that would tell patients what they would pay for a drug before they arrive at the pharmacy, enabling them to decide with the doctor what the least expensive option would be. Also, some health systems are working with insurers to share information about a patient’s level of coverage, so that the information can be pulled up while the doctor is deciding what to prescribe.

“It sort of relies on a cooperation between the insurance companies and health care systems,” Carrera said.

“Do Physicians Respond to the Costs and Cost-Sensitivity of Their Patients?” appears in the February issue of American Economic Journal: Economic Policy.