How fast did economic disparities between immigrants to America converge in the Age of Mass Migration? 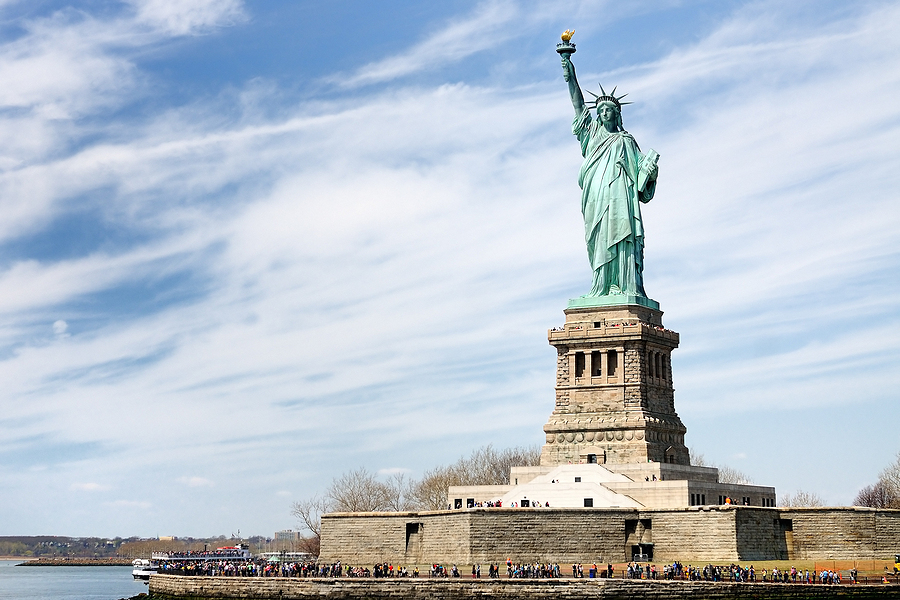 The Statue of Liberty was dedicated on the afternoon of October 28, 1886.

Assimilation is a core part of America’s civil religion. The US aspires to make one national identity out of the many different peoples who have come to the country and give them the same opportunity as everyone else.

But America has never been the melting pot that many people thought it was, according to a paper in the October issue of the American Economic Journal: Applied Economics.

His work raises deep questions about how important ancestry is for success in America.

“Does where we come from matter as people's children and grandchildren work within the United States?” Ward told the AEA in an interview. “This is broadly related to the question of inequality in the first place.”

Does where we come from matter as people's children and grandchildren work within the United States?

To answer that question, Ward looked back to America’s Age of Mass Migration.

During the second half of the 19th century, there were few restrictions on people from Europe settling in the states. And millions of Irish, Germans, Italians, and others took advantage of this freedom to find a better life.

However, there’s little to no data on how much these people earned when they made it to America.

Ward overcame this challenge by combining historical data on occupations and estimates of occupational incomes. He was able to link the occupations of immigrant grandfathers in the 1880 census to their sons in 1910 and to their grandsons in 1940.

The rough incomes of those immigrant groups and their children could be backed out by using the averages of over two hundred different professions.

This new dataset showed that there was much less intergenerational mobility than previously estimated. Over half of the original income gap between ethinic groups persisted to the third generation—two and a half times more strongly than predicted by standard models.

E pluribus unum?
The chart below plots the log of occupational income of first generation immigrants in 1880 and their grandchildren in 1940. The rising slope in the figure shows a stronger than expected correlation between grandfathers and grandsons of the same country of origin. 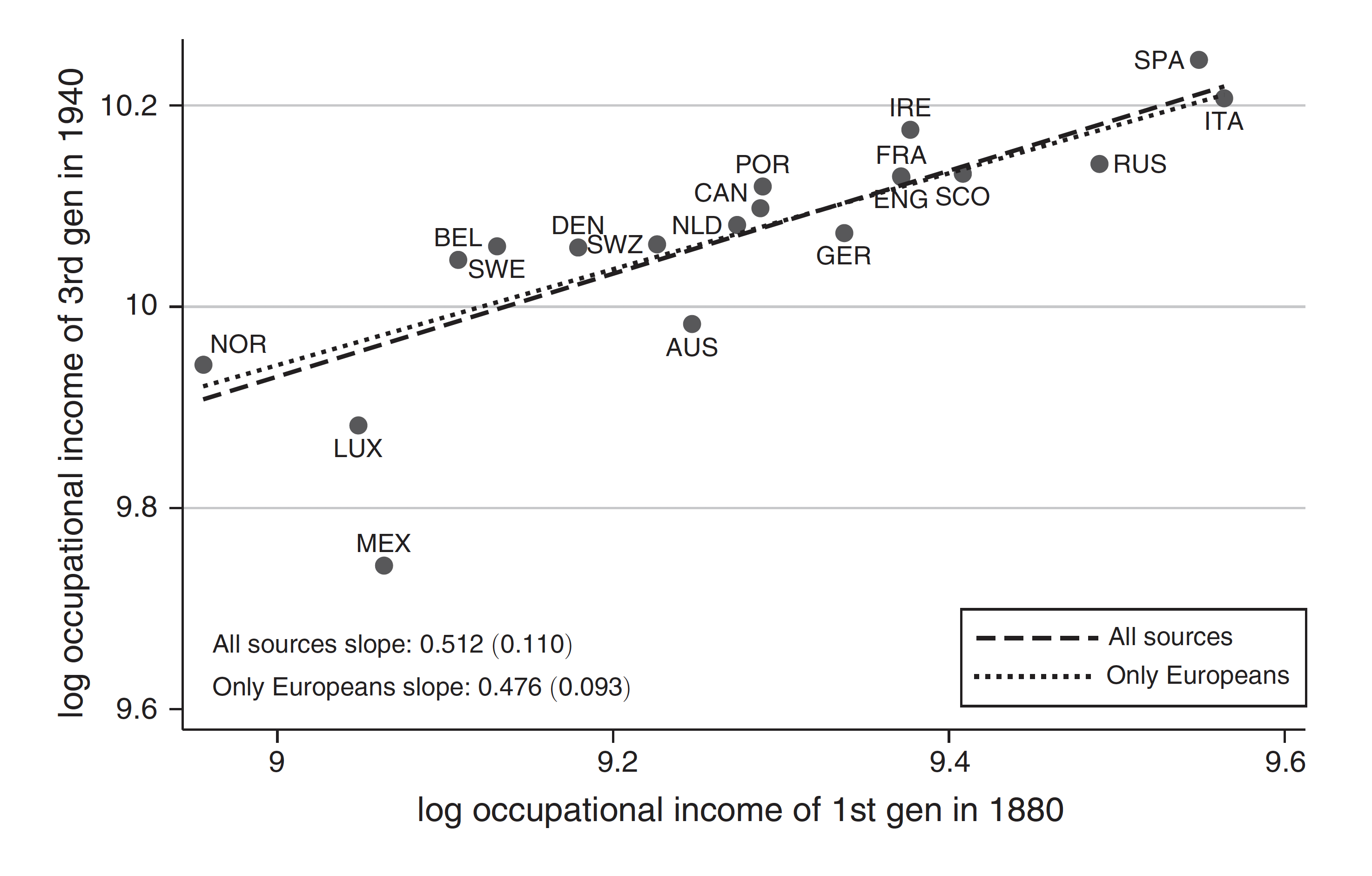 He found instead, after adjusting for some measurement error, that geography plays an important role. The differences between ethnic groups actually converged quite quickly within the grandfather’s neighborhood.

This means that the tendency for sons to go into the same line of work as the rest of their community drove much of the persistent gap between immigrant groups. If farmers are removed from the analysis—who live in rural areas where children were exposed to fewer occupations—the occupational gap persists across three generations at only 28 percent, as opposed to 51 percent.

Even basic questions about how immigrants assimilated in the US are hard to answer because of limited data. Hopefully, researchers will get a better handle on the mobility of today’s immigrants from Asia and Central America with better datasets.

Ward’s work shows that it may take time for the differences on arrival to dissipate and that where immigrants have settled will also matter significantly.

“You shouldn't be too upset if these gaps don't disappear too quickly,” Ward said. “We shouldn't look at the past as the good old days of European immigration where everything was hunky-dory.”

“The Not-So-Hot Melting Pot: The Persistence of Outcomes for Descendants of the Age of Mass Migration” appears in the October issue of the American Economic Journal: Applied Economics. Subscribe to the monthly Research Highlight email digest here.

Displaced migrants often prioritize their education over physical assets when they resettle, leading to generational consequences.