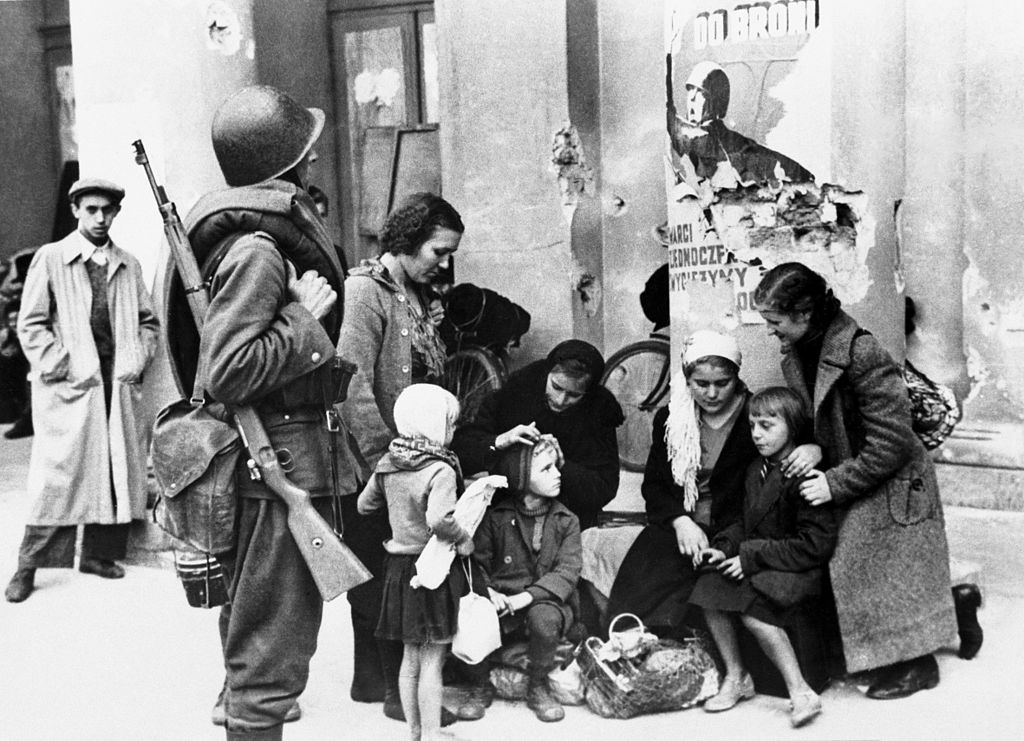 A Polish family huddles around a column in front of the Opera House in besieged Warsaw while a Polish soldier looks on during the German invasion in September 1939.

When you lose everything, what’s important to you?

Nearly 71 million children and adults confronted that question in 2018, forcibly driven from their homes because of war, political violence, natural disasters, and other imminent threats.

When settling in a new place, refugees confront profound decisions about how they will rebuild their lives. But rather than putting all their effort into accumulating material wealth, many choose to invest in their education. And that decision has generational consequences, according to a paper in the May issue of the American Economic Review.

Authors Sascha O. Becker, Irena Grosfeld, Pauline Grosjean, Nico Voigtländer, and Ekaterina Zhuravskaya looked back to the post-World War II experience of millions of Poles who were forcibly uprooted from the eastern region of Kresy when the country’s borders were redrawn.

The authors wanted to know the long-term effect on the children, grandchildren, and great-grandchildren of the expelled families who resettled in Poland’s Western Territories.

Digging into individual-level survey data, they found that Kresy migrants were more likely to invest in education rather than physical assets, a choice that would trickle down through many generations. 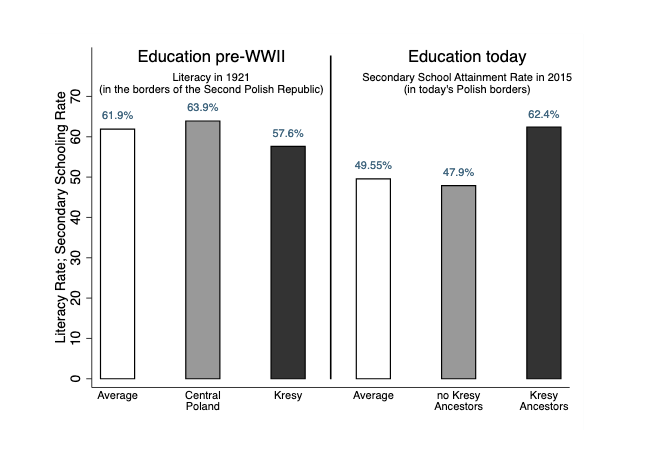 Figure 2 from their paper compares educational levels in Poland before the war to descendants nearly a century later.

Pre-WWII literacy rates among Kresy residents were below the national average, especially compared to their neighbors in Central Poland. But today, the situation has flipped. The share of people with a secondary degree—comparable to the 1921 literacy rates, in terms of its nationwide average—is much higher among the descendants of Kresy Poles. Nearly two-thirds of Kresy migrants attained a secondary-school degree, while the national average is less than 50 percent.

The research offers novel evidence of something economists have long suspected—that forced migration leads affected people to invest in their own skills rather than physical possessions. It also offers lessons for policymakers in places where migrants are settling. Given the large number of refugees in many parts of the world, host-country governments might want to consider improving their access to education. Improving migrant schooling could yield benefits far longer than previously thought.

We study the long-run effects of forced migration on investment in education. After World War II, millions of Poles were forcibly uprooted from the Kr...