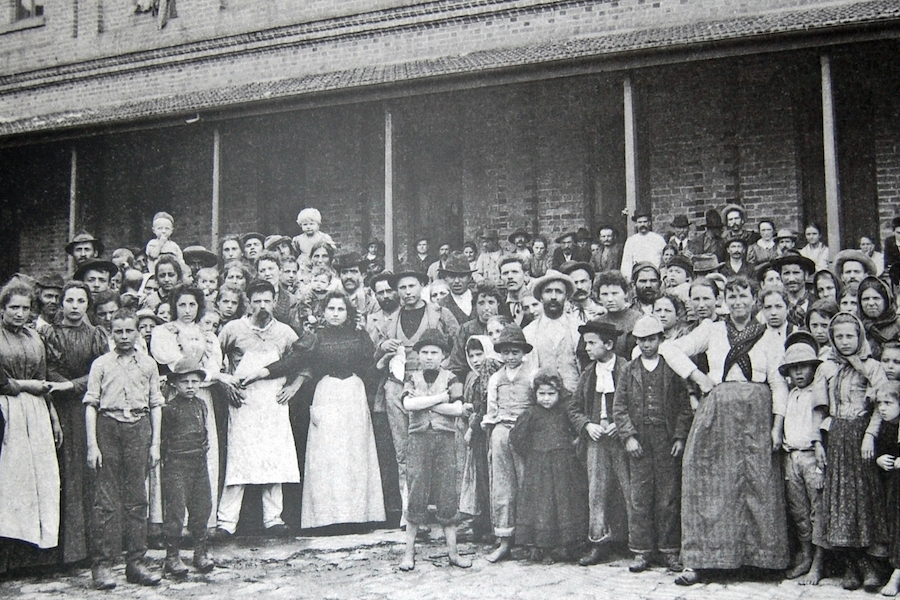 Italian immigrants pose for a photo in the central courtyard of a hostel for immigrants in the Brazilian state of Sao Paulo in 1890.

In the mid-19th century, shortages of food and workers in Brazil pushed immigration to the forefront of the political agenda. The country needed talented people to settle and develop rural communities. Brazil’s political leaders hoped that the solution lay in a massive influx of Europeans immigrants coming to the country.

A paper in the October issue of the American Economic Journal: Applied Economics, examines historical data to estimate the impact that a state-sponsored settlement program had on local communities in the state of Sao Paulo. The program was designed to lure high skilled immigrants — through the prospect of owning land — to uninhabited agricultural communities that would produce food for growing urban areas.

Authors Rudi Rocha, Claudio Ferraz, and Rodrigo R. Soares measured the long-term impacts of this settlement program on education and income growth in these rural colonies. They found that the places where highly skilled European immigrants settled experienced long-lasting impacts. Indeed, the effects persisted more than a century all the way up to the year 2000, with individuals in those respective communities having on average a half-year more schooling and 15 percent higher income. 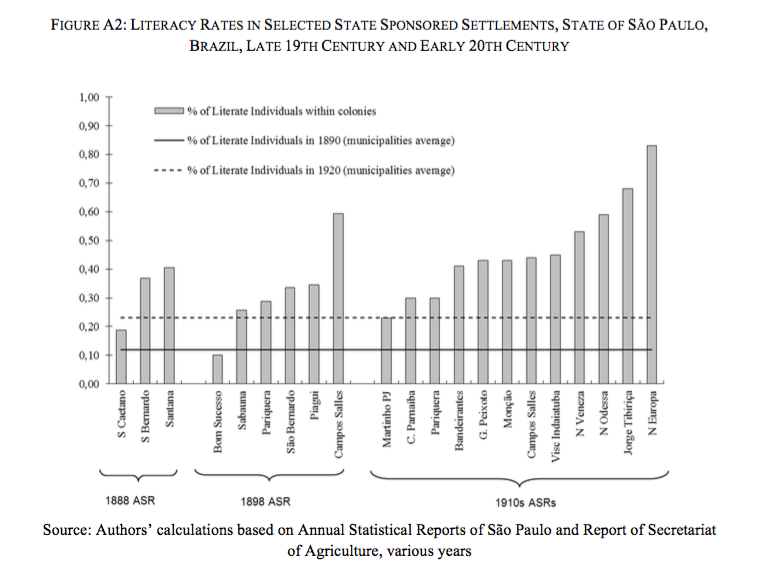 In the chart above, the authors compare literacy rates in settlements to the overall average across all municipalities in the state of Sao Paulo.

Using data from various Annual Statistical Reports of Sao Paulo and also the report of the Secretariat of Agriculture, the authors estimate that the average literacy rate in settlements around the turn of the 20th century was 40 percent, compared to the statewide average of 12 percent in 1890 and 23 percent in 1920.

This paper documents the persistence of human capital over time and its association with long-term development. We exploit variation induced by a stat...