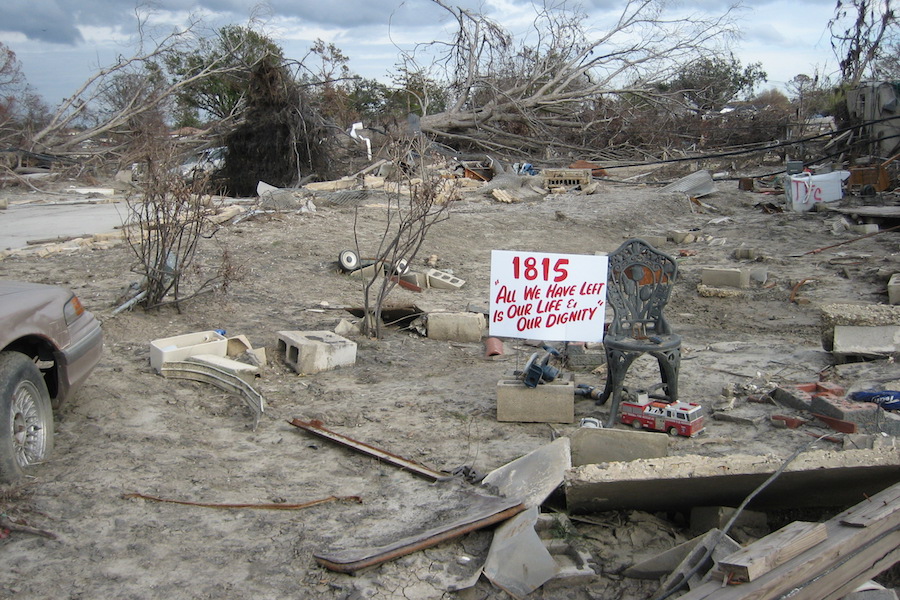 When the levees broke, there was international concern for what New Orleans lost.

Hurricane Katrina killed nearly 2,000 people and wrought more than $100 billion in property damage when it struck the Louisiana coast in August 2005. It also revealed the social and economic disparities that existed long before the storm hit, highlighting the region's fragility and raising questions about whether one of the nation's most historic cities and its residents would recover.

The answer is still uncertain for the city, itself. However, the individual survivors have bounced back surprisingly well and actually improved their economic fortunes more than they might have over the long-run had the storm never happened, according to a paper in the April issue of the American Economic Journal: Applied Economics.

The research underscores the unanticipated benefits of disruptive events that force individuals to make a clean break with situations that may be holding them back.

“By any measure, (Hurricane Katrina) was clearly a catastrophe in the short run,” said Tatyana Deryugina, who co-authored the paper with Laura Kawano, and Steven Levitt. “But we noticed that there were no papers that looked at what happened to people in the long run.”

Their study contributes to a growing body of research around the economic consequences of moving to more opportunity-rich neighborhoods, as well as papers specifically tied to Katrina.

But measuring the long-term economic impact on individual disaster victims has been challenging. The Labor Department stopped tracking Katrina evacuees in 2006, and the data ignored New Orleanians who stayed behind.

What we were concerned about was capturing the economic climate of New Orleans.

Deryugina and her co-authors examined a previously untapped data source —  individual tax returns — which included addresses and detailed financial data that enabled them to track the impacts on New Orleanians over many years.

Still, there was a problem: How could they be sure that the wage impacts were caused by the storm?

They needed a comparison group of “control” cities similar in size and demographics to determine the causal effect from Katrina.

This wasn’t easy, Deryugina said. There is no other city like New Orleans, a once thriving port now heavily dependent on tourism, a large city but with stagnant growth, and culturally diverse.

“New Orleans is very much a unique city,” Deryugina said. “Not just demographically, but also its character. What we were concerned about was capturing the economic climate of New Orleans.”

When compared against individuals in these control-group cities, Katrina victims fared better over the long run. Despite a modest income drop of $2,300 in the year after the storm, the earnings gap was erased by 2007 and, by 2008, the average Katrina victim was earning $1,300 more than their counterparts. By 2013, the difference exceeded $2,300. The authors provide three possible explanations. First, the bump in earnings may have just followed a rise in the cost of living in New Orleans. In other words, it’s not as though the victims made any real income gains; their wages just kept up with inflation and rising home prices.

Second, the labor market in New Orleans improved after the storm. Suddenly, there were expanding opportunities in construction, for example, amid all the rebuilding efforts — projects that needed ample supplies of labor even as the workforce shrunk. Also, employers may have needed to boost wages in order to attract back the people who’d temporarily relocated to other cities where the pay was better.

“Certainly, one reason for why you might see stronger labor markets is because now people are forced to leave, they might only be willing to stay in New Orleans or come back to New Orleans if they are able to have incomes that are similar to where they’re moving back from,” Deryugina said.

A third possibility is that Katrina victims simply re-established their lives in places with better economic opportunities, such as Houston. Indeed, the authors found the increase in income was highest for people who left New Orleans and never returned.

This is not to suggest that hurricanes in other cities would have similar impacts. For example, Houston residents devastated by Hurricane Harvey last year wouldn’t likely experience the same benefits if they relocated to surrounding cities. Unlike New Orleans, Houston had a thriving economy before the storm that supplied jobs and wages many of its lower income residents would struggle to match elsewhere.

However, the authors’ findings do seem to demonstrate the resilience of disaster victims to recover economically rather than suffer permanent setbacks.

“I think what our study shows is that in the long run, people seem to recover,” Deryugina said.

“The Economic Impact of Hurricane Katrina on Its Victims: Evidence from Individual Tax Returns” appears in the April issue of American Economic Journal: Applied Economics.

Why did household debt decrease after Hurricane Katrina?