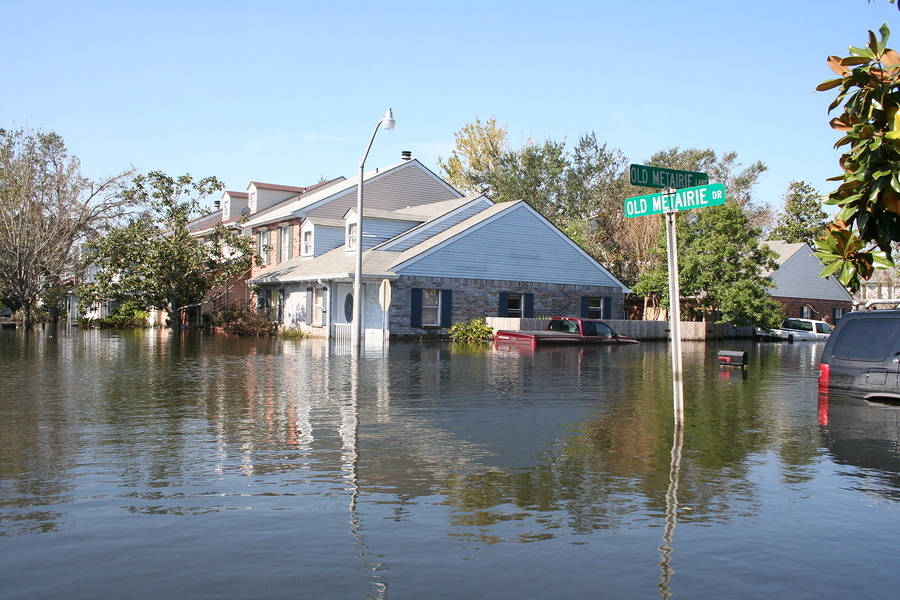 Twelve years ago this month, Hurricane Katrina landed in New Orleans. Eighty-five percent of the city flooded, and today, parts of the city are still feeling the effects.

The hurricane caused approximately $108 billion in property damage. With this much damage, it is reasonable to expect that homeowners would go into debt as they made repairs.

However, the opposite may be true. In a new paper in the American Economic Journal: Economic Policy, authors Justin Gallagher and Daniel Hartley analyze household finance after Hurricane Katrina. As shown in Figure One, they find that people in the most flooded areas actually lowered their debt, primarily by paying off their mortgages. 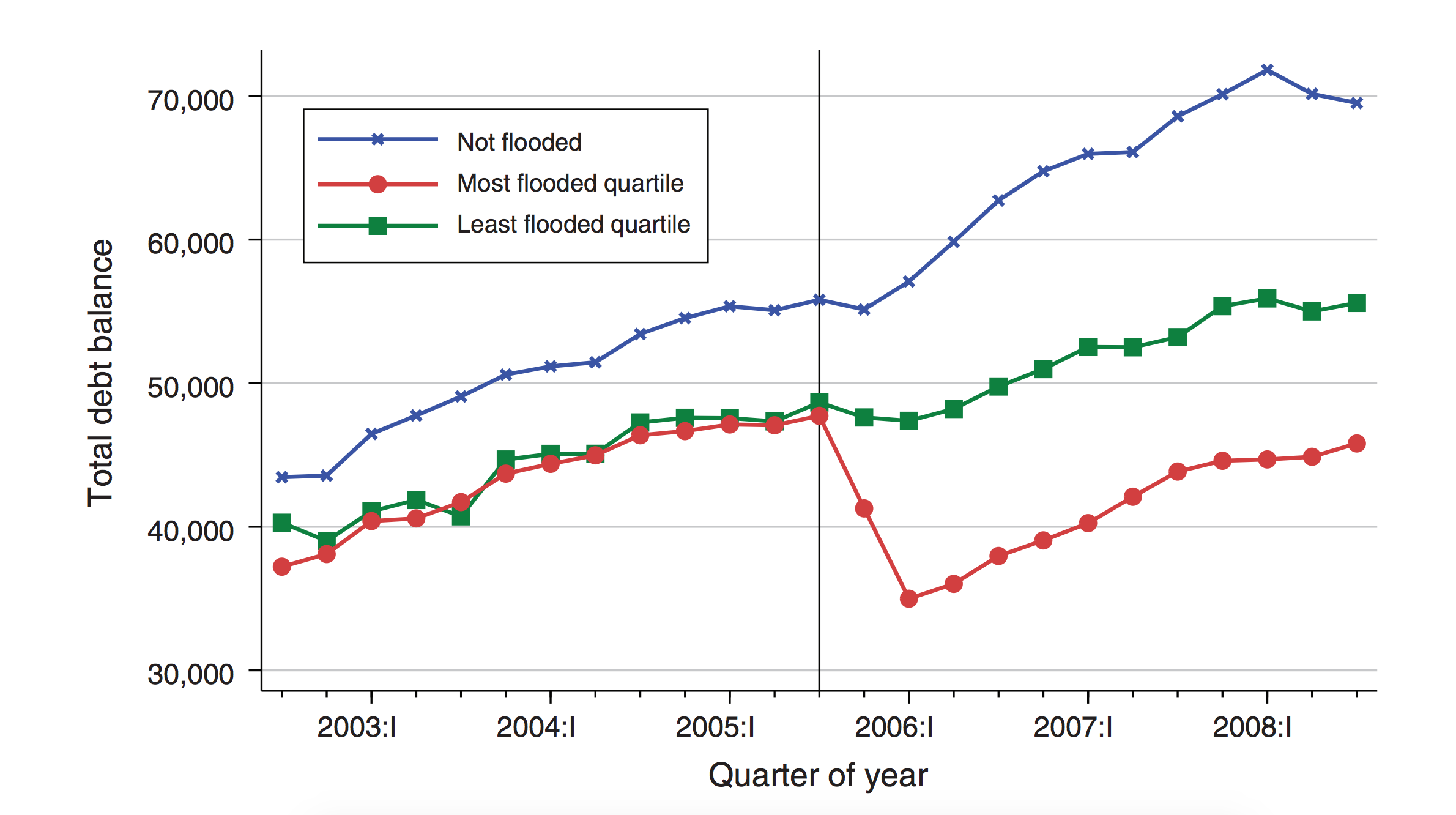 Flood insurance claims checks are written to both the owner and the mortgage company. Although the owner can use the money however he wants, he still needs the company’s signature to get it, creating an opportunity for lenders to use pressure tactics.

Regardless of which explanation is more correct, this remains a rare case in which paying down debt may not represent a positive change.

Household Finance after a Natural Disaster: The Case of Hurricane Katrina

Little is known about how affected residents are able to cope with the financial shock of a natural disaster. This paper investigates the impact of fl...