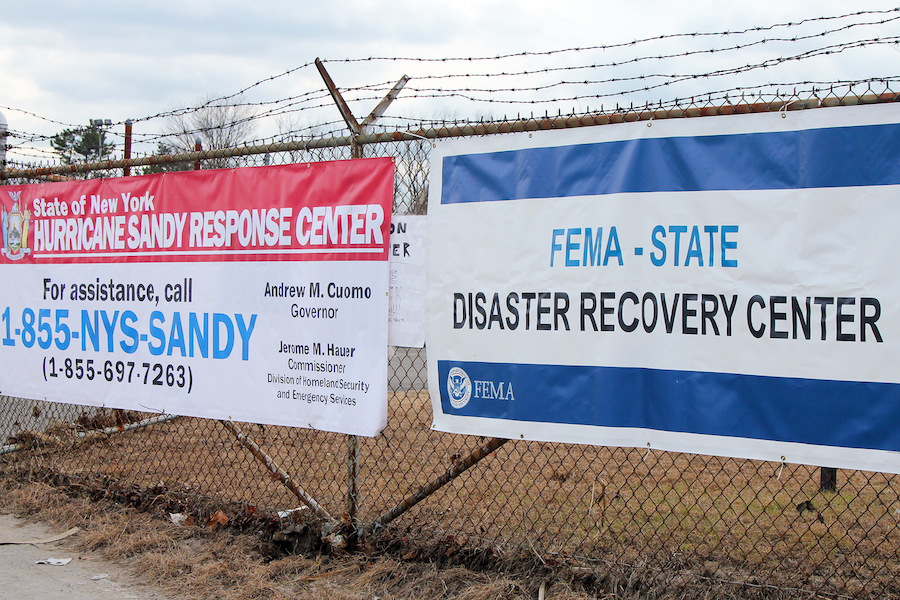 This hurricane season, we can expect eight hurricanes to cross the Atlantic Basin. Three of them are predicted to be especially destructive, as indicated by their Category Three or higher status.

These numbers are above average, but active seasons are becoming more common. Hurricane intensity will continue to rise under climate change, when the East Coast and Gulf Coast will see more rainfall, wind, and costly damages.

When it comes to these costs, a new paper by Tatyana Deryugina in the August issue of the American Economic Journal: Economic Policy has some good news and bad news. First, the good: we are better insured against the damage from hurricanes than previously thought. Although disaster aid might not cover the full cost of a hurricane, our social safety net helps by absorbing the effects of the hurricane long after communities use up their initial aid.

The downside is that hurricanes cost the government much more than what people normally calculate. Usually, people define the fiscal cost as the initial lump sum of disaster aid. Deryugina takes into account long-term payments from transfer benefits, such as unemployment insurance and Medicare. She found that, when including these payments, the fiscal cost of hurricanes jumps from about $150 per person to at least $780 per person.

Hurricanes, especially those in Category Three or above, reduce employment for up to ten years after the initial shock. However, most disaster-specific transfers, like Federal Emergency Management Agency (FEMA) unemployment benefits, occur within six months of the declaration of the disaster. Proving that the lasting effects of a hurricane are responsible for someone’s unemployment is difficult, and so traditional social safety net programs end up bearing the cost of these indirect or delayed consequences.

The Real Cost
Click on the "Show With Transfers" button in the bottom left corner of the map to show the cost of a hurricane as disaster aid alone or disaster aid plus transfer benefits. When transfers are included, you can also mouse over each county for a breakdown of the transfer benefit costs (income maintenance, Medicare, etc.).
Adapted from author data

Affected counties experienced persistent increases in transfer benefits. The effects are positive for all significant transfers except educational assistance, which sees a modest decline. Over ten years, these transfers grow to be at least five times larger than the disaster-specific transfers — a result that is mostly driven by medical spending, income maintenance, and unemployment insurance.

The story is different for the most damaging hurricanes. The hardest hit counties experience losses of nearly $4,100 per capita (versus $235 per capita for counties facing lower wind speeds), but they receive only slightly higher transfers. While transfer benefits offset most of the damage caused by Category One and Category Two hurricanes, they cover only a quarter of the losses caused by those in Category Three or above.

“Every time a disaster happens, we go and we help people. On one level it’s great, but it’s not necessarily thought out and rigorously examined.

“Every time a disaster happens, we go and we help people. On one level it’s great, but it’s not necessarily thought out and rigorously examined,” Deryugina said. Incorporating hurricanes' real cost into both disaster policy and economic policy would be a step forward. For example, knowing that hurricanes are more costly makes mitigation techniques, such as building sea walls, a relatively more attractive option. And, changes to our social safety net could make us more or less resilient to natural disasters. In fact, a strong social safety net might be part of the reason why developed countries tend to fare better than developing countries after natural disasters, Deryugina posits.

At the same time, companies and individuals can take advantage of the social safety net. Knowing that transfer benefits will compensate them in case of a disaster, they may be more likely to locate in riskier places or take fewer precautions.

Between 1979 and 2002, hurricane-related transfer benefits added $44-$65 billion to the $19 billion of federal hurricane spending. For some, it seems like an enormous cost. For others, it’s a small price to pay to help people fully recover.

The Fiscal Cost of Hurricanes: Disaster Aid versus Social Insurance appears in the August issue of the American Economic Journal: Economic Policy.