What would happen to the housing market if we eliminated the mortgage interest deduction? 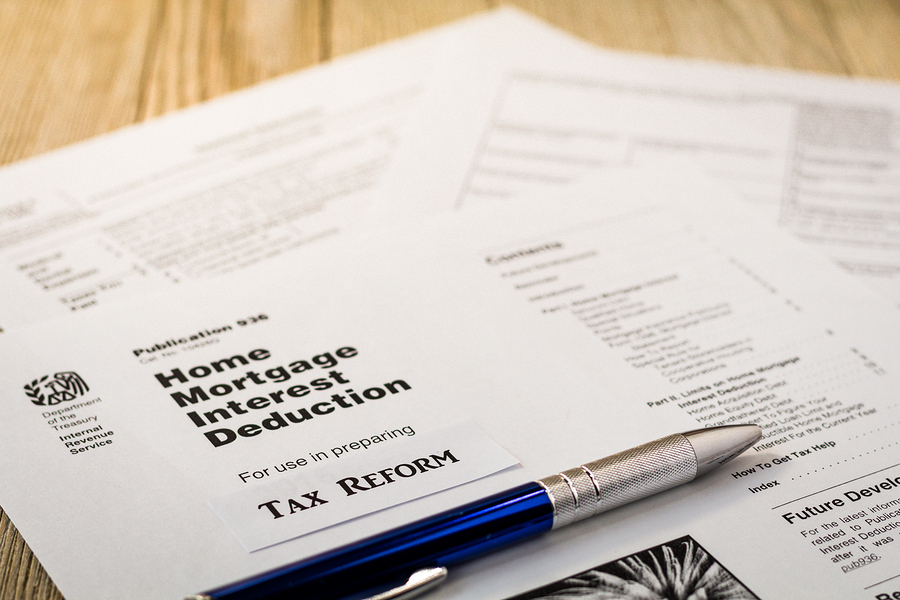 Eliminating the mortgage interest tax deduction would lower home prices and expand opportunities for lower income people, according to a paper in the American Economic Review.

It was the largest overhaul to the US tax code in three decades.

The sweeping changes reached into every corner of the economy, from corporate rates to the amount families can deduct for child care.

There was even a tweak to a policy that many economists would like to see disappear but which lawmakers until now have considered a sacred cow: the home mortgage interest deduction.

In the February issue of the American Economic Review, researchers Kamila Sommer and Paul Sullivan consider the implications for the US housing market if this $90 billion subsidy to homeowners were to be scrapped. They find that getting rid of it would actually improve overall welfare by lowering home prices and expanding opportunities for home ownership among younger and lower-income households.

Critics say the mortgage interest deduction is a regressive tax policy that inflates prices and encourages buyers to choose more expensive houses and take on debt rather than sinking money into other investments. It also robs the Treasury of tax revenue that could be used to close the deficit. But real estate lobbyists say its repeal would depress homeownership and negatively impact social welfare.

Eliminating the deduction would actually expand homeownership, according to Sommer and Sullivan. In a stable economy, home prices would fall by 4.2 percent and the homeownership rate would rise from 65 percent to 70 percent. Also, overall welfare improves even though the tax burden has gone up slightly, with all but the top two quintiles of homeowners seeing gains in their non-housing consumption.

Why does the price dip happen so quickly? It’s because the price of a durable good, like housing, is set by people who are buying and selling at that moment. When the deduction is eliminated, anyone shopping for a home might reconsider because the after-tax cost of owning a home just went up. The drop in demand would be felt immediately.

Spreading housing wealth
Homeowners with expensive properties benefit the most from the mortgage interest deduction every year on their taxes. Thus, if the tax break were to disappear, they would be disproportionately harmed. The chart below shows the change to the average household welfare (generally defined as the percentage change in their non-housing consumption) if the mortgage interest deduction were eliminated. High-income people who live in the largest homes are in group 1 and the lowest income households are in 5.
Source: author data

More than half of all existing homeowners — 58 percent — would see their consumption improve after the reform, with most of the benefits going to young, low-income households. Rich homeowners with big properties suffer the most, since they have outsized amounts of mortgage interest that can be deducted from their income tax burden. When that benefit goes away they end up bearing the brunt of the impact.

It’s less certain whether there would be any meaningful impact on tax revenue for the government, the authors say. Getting rid of the deduction leads to a 2.6 percent increase in income tax revenue, but the falling home prices translate to a 7.8 percent drop in property tax revenue. Overall, it’s essentially a wash, with a total revenue gain of just one-half of a percentage point.

Until recently, the point remained largely academic, as policymakers didn’t seem interested in touching this part of the tax code.

Last December’s overhaul did actually lower the cap on which households could claim the reduction. Also, lawmakers doubled the standard deduction taxpayers could claim, possibly weakening incentives to buy a home in order to take advantage of itemized deductions.

Researchers will need to explore that second policy shift further in order to understand the implications for the housing market. But the shift on the mortgage interest deduction should hearten critics of the policy who hope that, one day, it will eventually disappear.

“Implications of US Tax Policy for House Prices, Rents, and Homeownership” appears in the February issue of the American Economic Review.

"Sand castles before the tide"

How can America's most expensive cities keep themselves affordable?