How much is clean air worth?

The benefits of a cap-and-trade program are larger than once thought. 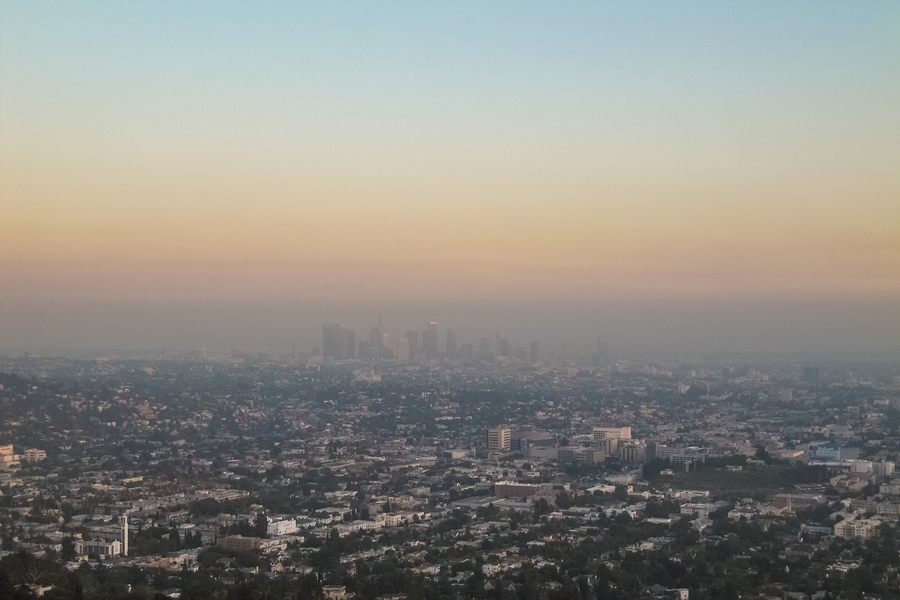 The Los Angeles skyline in 2014 is visible through smog.

When air pollution becomes a problem, we find ways of protecting ourselves. We spend less time outside, shut the windows, or use asthma medication.

These solutions are called defensive investments. They help us to avoid harm, but they can be costly — in terms of both time and money.

In the October issue of the American Economic Review, Michael Greenstone and his co-authors Olivier Deschênes and Joseph Shapiro look at what happened to asthma medication usage, one common but expensive defensive investment, when a cap-and-trade program reduced air pollution throughout the Northeast.

Greenstone recently spoke with the American Economic Association about the success of the NOx (Nitrogen Oxides) Budget Trading Program, America’s air quality, and why defensive investments should matter more to economists and policymakers.

A transcript edited for length and clarity follows, and you can listen to the full interview by clicking on the media player below.

AEA: Whenever I think about air quality issues, the first examples that come to mind are from emerging economies like China or India. So, how big of an issue is this in the United States?

Greenstone: I think that if we were to go back in time to the 1970s or the 1960s, the United States wouldn't look all that different than India and China look today. There's been just tremendous progress in reducing air pollution over the last four or four and a half decades that falls out of the implementation of the Clean Air Act. Air pollution is much less of an issue in the United States today than it was several decades ago, but what our paper demonstrates is that improvements in air quality, even from today's levels, can still have substantial gains.

AEA: Could you give us a little bit of a background on the cap-and-trade program you studied in your paper?

Greenstone: Sure. There really has been tremendous progress in reducing air pollution in the United States. The pollutant that we probably had the hardest time reducing has been ozone, and I think this program, the NOx Budget Program, was born out of some frustration with our inability to reduce ozone air pollution concentrations. Ozone is formed from a very complicated function, but there are three key things. They are NOx emissions, volatile organic compounds emissions, and temperature or sunshine. And so the idea of this program was to go after ozone by reducing NOx, nitrogen oxides. 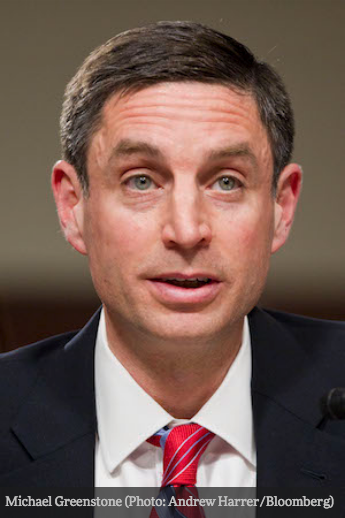 AEA: So why did you want to study this program?

Greenstone: In my view, there had long been a hole in our understanding of impacts of the benefits of reducing air pollution, and that hole had been that we had almost exclusively focused on the direct health impacts.

It was treated as an epidemiology or biostatistics problem, and not as an economics problem. What is super clear once you start to think about the economics of the problem is, yes, there are likely to be these health effects, but people also engage in all kinds of activities to protect themselves.

AEA: After the Nox Budget Trading Program was implemented, what happened to the rates of asthma medication?

Greenstone: A couple of things happened. The very first thing that we checked is whether NOx pollution went down. If that didn't happen, then the whole program was a failure, and there was nothing else to look at. But, indeed, what we found is that the cap that the government set was respected, and there was a substantial reduction in NOx pollution.

Then the next chapter in our story is whether that translates into ozone reductions. And what we were able to find is that average ozone concentrations went down by about six percent, but possibly even more important, the frequency of high ozone days (which is where people believe the damages from ozone are concentrated) went down by forty percent.

So, emissions went down and ambient concentrations of ozone went down, and then the next two linkages are really important. What we show is that there is a reduction in mortality rates that led to about two thousand fewer deaths during each summer (ozone is only a problem during the summers) and about a two percent reduction in purchases of pharmaceutical drugs that people use to protect themselves from air pollution. And so we have this linked set of events that go all the way from emissions to ambient concentrations to mortality rates and to drug purchases.

What is super clear once you start to think about the economics of the problem is, yes, there are likely to be these health effects, but people also engage in all kinds of activities to protect themselves.

AEA: And so did any of this surprise you? Your results are so robust and all of these impacts are very clear. Did you think it would be this effective?

Greenstone: To be honest, I wondered what we were going to find...I really wasn't sure that there were, at the levels that prevail today, important health effects associated with ozone, but this paper changed what I think.

AEA: If you had to choose one or two main takeaways from your paper, what would they be?

Greenstone: I think the two main takeaways from the paper are that the benefits from efforts to reduce ozone are larger, possibly substantially larger, than we previously understood. The second is that we had been missing an entire category of benefits associated with reducing air pollution, which are these defensive investments.

Even more broadly, I think the paper opens the door to the possibility that people are making defensive investments in a wide variety of other settings — cost of alarm systems, or to supplement public schools — and that just measuring the direct impacts, like the frequency of home robberies or test scores, is not sufficient if you want to develop a measure of the full costs or benefits of various interventions. It's critical to take account of people's behavior when developing full measures.

“Defensive Investments and the Demand for Air Quality: Evidence from the NOx Budget Program” appears in the October issue of the American Economic Review.

What does an electric car in Atlanta do to air quality in Maine?