What does an electric car in Atlanta do to air quality in Maine? 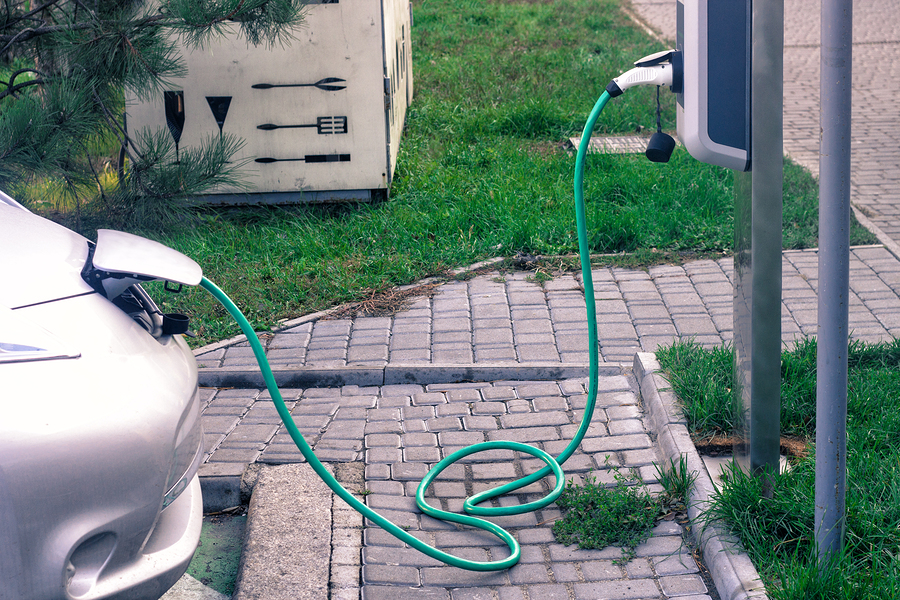 The environmental costs of a gas-guzzling SUV are pretty apparent even when it’s just driving down the street. Dark exhaust coming from the tailpipe degrades air quality in the surrounding area, contributing to smog and respiratory problems. This is on top of the greenhouse gas emissions like CO2 that contribute to climate change.

Electric cars are much cleaner, on the surface at least. They are often billed as “zero emissions vehicles” because they don’t emit any exhaust into the air. But the electricity used to power them has to be generated somewhere, and in certain parts of the United States the resulting power plants emissions might be worse than what’s coming out of the tailpipe.

A study in this month’s edition of the American Economic Review uses data on wind patterns and connections in the U.S. power grid to estimate what parts of the country are better off and worse off when drivers in a given region switch over to electric cars. The two maps above show how one pollutant, PM2.5, is affected by switching 10,000 Ford Focus vehicles in the Atlanta area from gas to electric.

With conventional gas-powered cars (left map), the particulate matter emissions are more heavily concentrated in the immediate Atlanta metro area because the cars produce emissions where they are actually driving. With electric cars (right map), the particulate matter emissions aren’t as severe in any one county. But thanks to the interconnected power grid in the eastern U.S., areas as far away as Minneapolis or northern Maine suffer slightly worse air quality when electric cars in Atlanta power up. This “pollution export” phenomenon complicates the question of whether electric cars should be subsidized.

Are There Environmental Benefits from Driving Electric Vehicles? The Importance of Local Factors

We combine a theoretical discrete-choice model of vehicle purchases, an econometric analysis of electricity emissions, and the AP2 air pollution model...